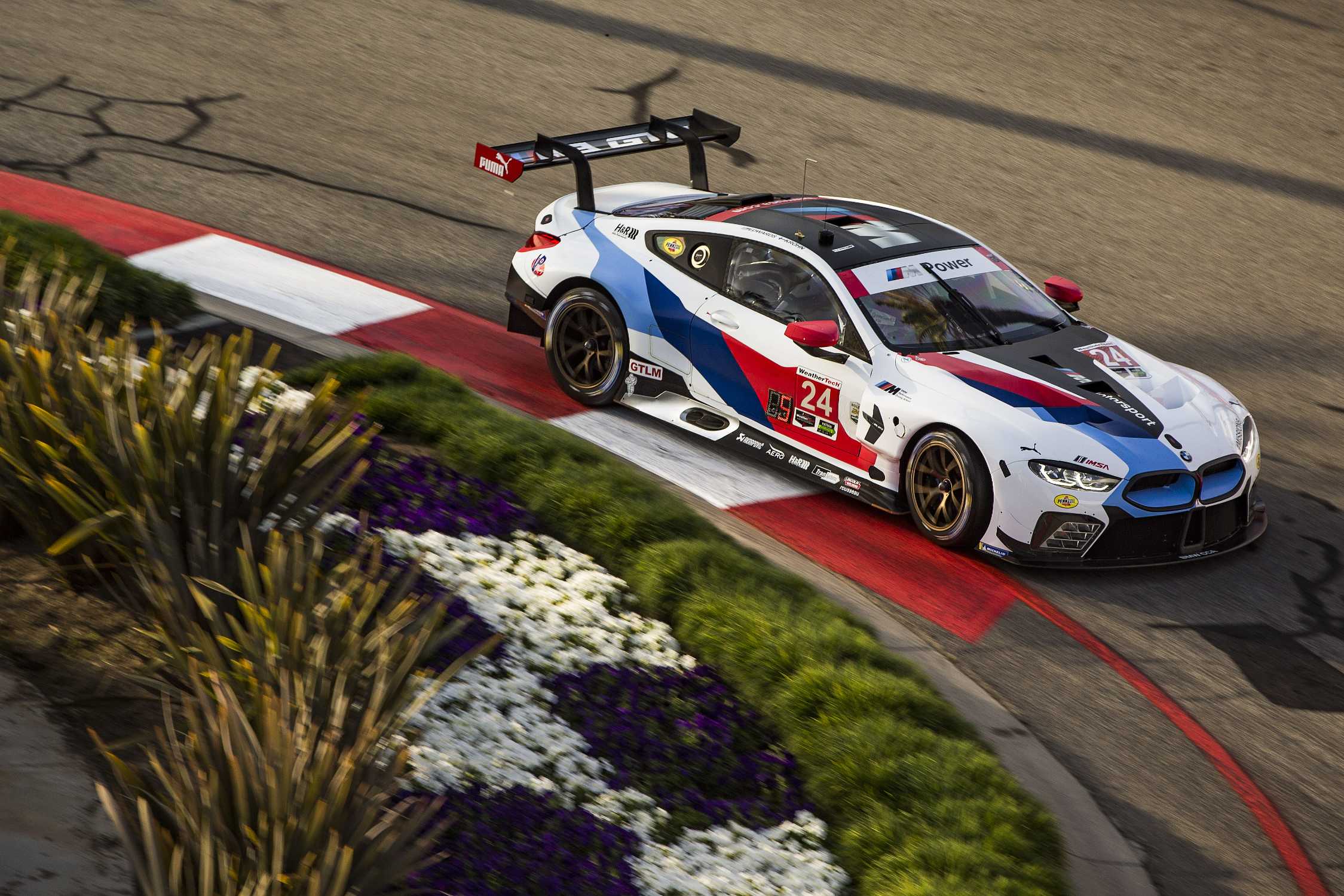 Today’s qualifying session for Saturday’s BUBBA burger Sports Car Grand Prix at Long Beach saw Connor DePhillippi qualify the No. 25 BMW M8 GTE in the seventh starting position with a time of 1:18.153 minutes around the temporary Long Beach street circuit. DePhillippi will co-drive with Alexander Sims in tomorrow’s race. Jesse Krohn, co-driving with John Edwards tomorrow,  posted a time of 1:18.224 minutes in the No. 24 M8 GTE to qualify eighth. The GTLM class pole position was won by the No. 66 Ford GT with a time of 1:16.869 minutes. The balance of the GTLM field qualified some seven-tenths of a  second from Hand with the two BMWs one-half second farther in arrears. 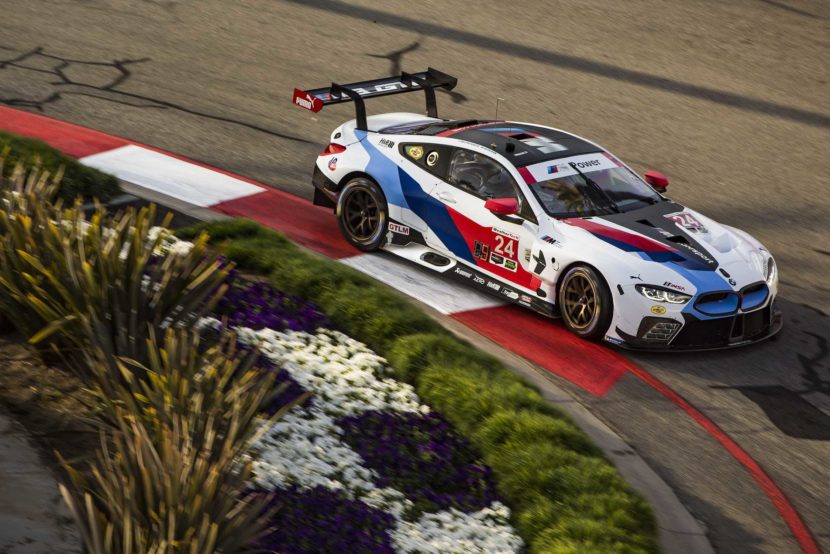 “We are obviously disappointed with qualifying as everyone on our team is doing the best they possibly can, given what we’ve got to work with,” Bobby Rahal, Team Principal.  “It’s disappointing that after Sebring we would receive a BOP adjustment. It’s just a shame that we seem to bear the brunt of that but tomorrow is the race and all we can do is give it our best. Everyone in the crew wants to win and it’s hard to keep their spirits up when you see what is happening but, we are pro’s and we’ll figure it out.”

Connor DePhillippi, driver No. 25 BMW M8 GTE (P7): “Overall we made a very good step with the car from FP1(First Practice) to Qualifying. I think we maximized what we had here today and now we’ll analyze it a bit more and try to improve the car for the race and aim for moving forward.”

Jesse Krohn, driver No. 24 BMW M8 GTE (P8): “It’s not an easy track and with such limited driving time it’s tough to get 100% out of everything but all in all I think we did the best we could. We gave all we have and we have to try and get a clean race tomorrow and stay out of trouble.”

The BUBBA burger Sports Car Grand Prix at Long Beach will take the green flag at 1:05 p.m. PT on Saturday, April 14th and be broadcast on live on FOX beginning at 4:00 p.m.ET. Follow BMW Team RLL on Twitter at @BMWUSARacing for “from-the-pit-box” updates all weekend.