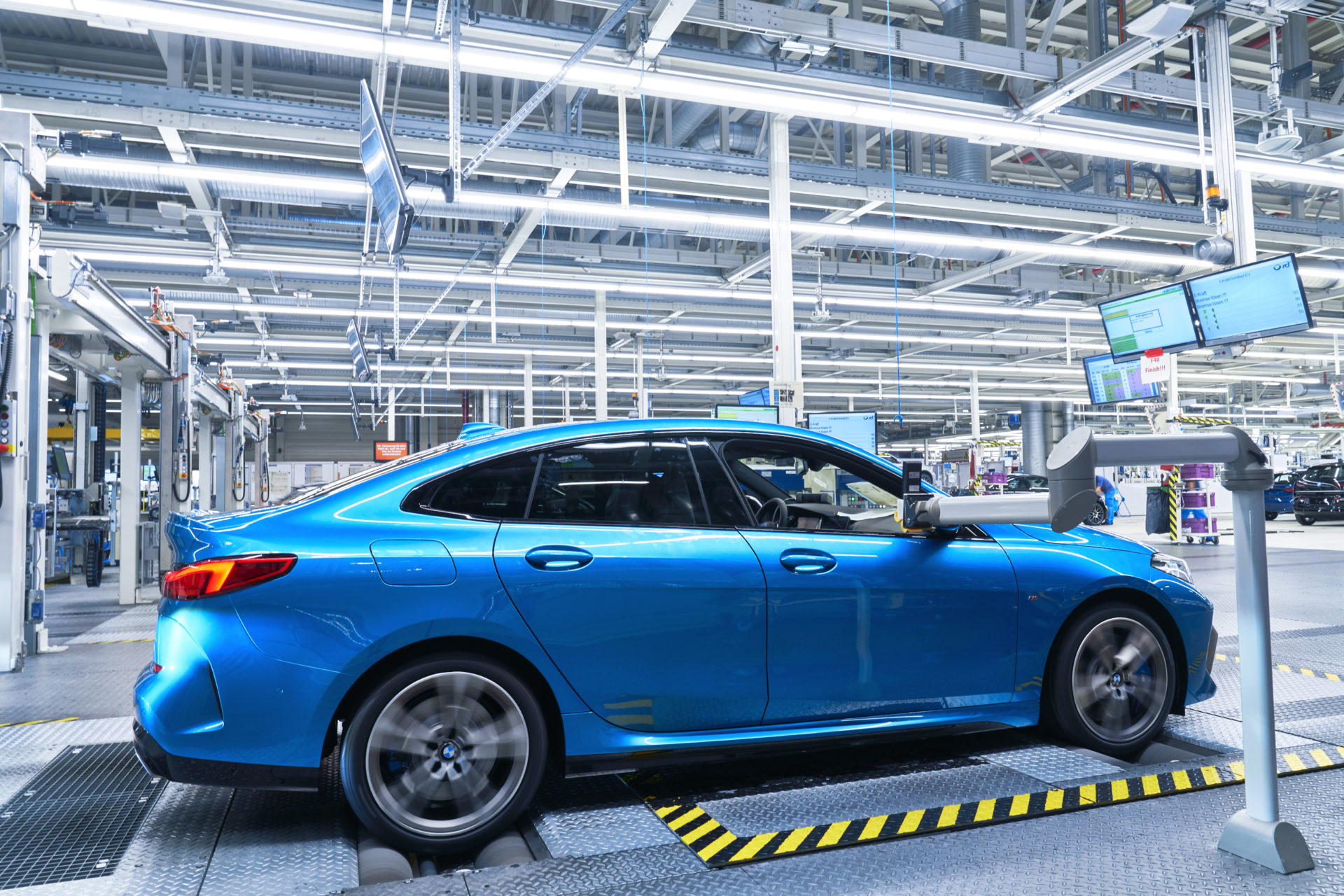 Some recent spy photos have emerged, showing the upcoming 2 Series Gran Coupe testing in the snow (We don’t own them, see them here). Many fans have been excited about the idea of the 2 Series getting a sexy Gran Coupe body style but may be disappointed that it will be wrapped around a front-drive car. Hey, at least it will look good.

The upcoming 2 Series Gran Coupe will supposedly slot underneath the 3 Series in BMW’s lineup. It will be the sportiest small car BMW will make and it will contend with cars like the Mercedes-Benz CLA-Class. It will also be built on BMW’s front-wheel drive architecture, similar to the upcoming 1 Series Sedan. We can tell for a certainty that it’s front-wheel drive just from the photos.

Here, we can see that the brake calipers are ahead of the front axle line, meaning the steering rack is behind the axle. That points to the 2 Series Gran Coupe having a transverse engine layout, thus being front-wheel drive. Whereas a rear-wheel drive car, with its longitudinal layout, allows the steering rack to be ahead of the front axle line, which is ideal and would put the brake calipers behind the axle line. So unless BMW adopted some new transverse engine/rear-wheel drive setup, the 2 Series Gran Coupe is going to power its front wheels as-standard, with xDrive all-wheel drive being optional.

From the photos, we can see that the 2 Series Gran Coupe will probably look quite good. The front end will have aggressive headlights, which won’t connect to the Kidney Grilles, and a pretty heavily sculpted hood. This model also seems to be a sportier model, maybe just with an M Sport package, as it has bigger blue brake calipers and large front air intakes. There also seems to be a little ducktail spoiler built into the rear trunk lid, which looks good. It’s also small, short and low, which looks good.

We’re interested and excited to see what becomes of the 2 Series Gran Coupe so stay tuned in the coming months.