BMW X2 online configurator is up on BMWUSA

Home » BMW X2 online configurator is up on BMWUSA 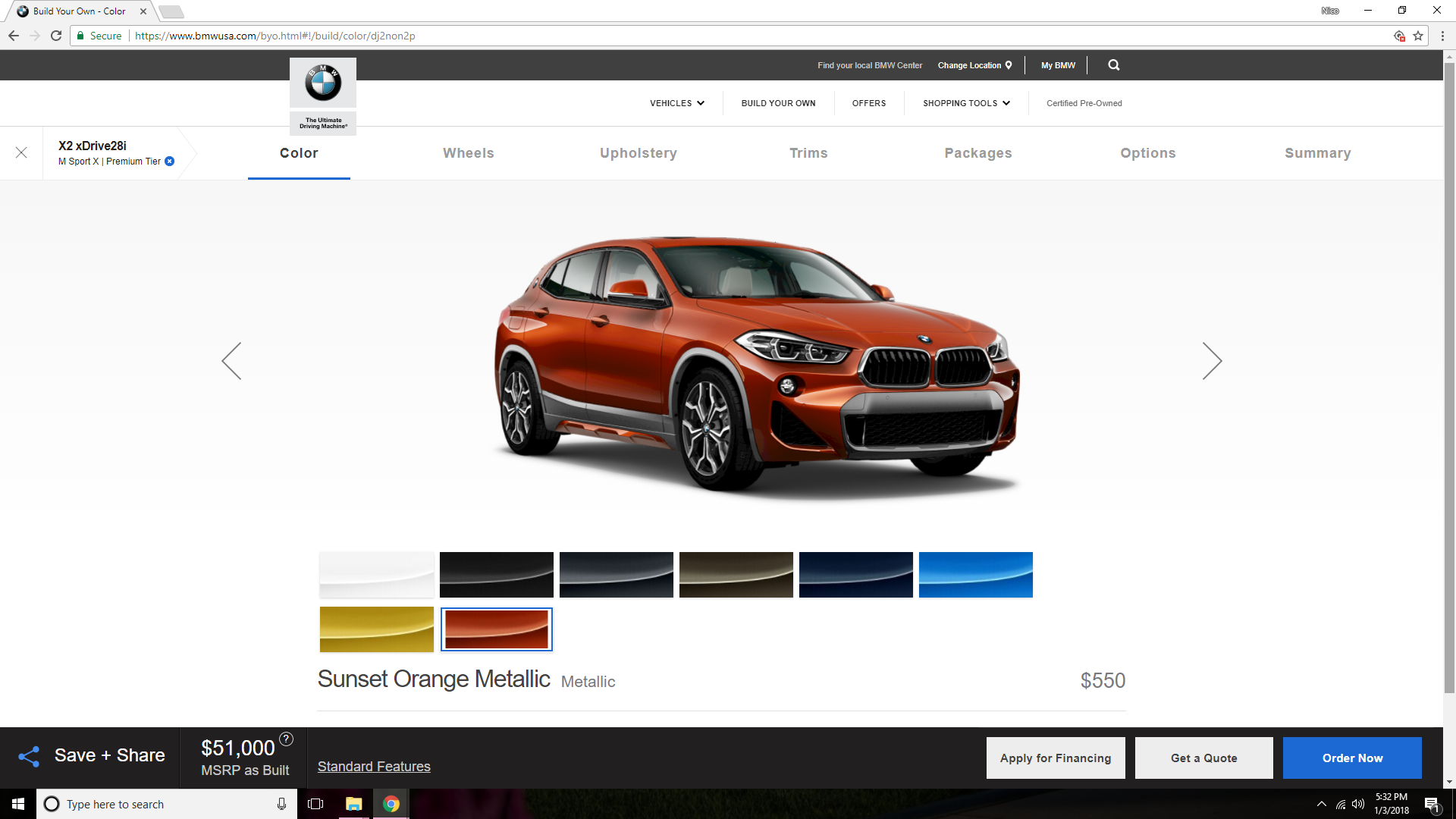 The all-new BMW X2 is the first of its name. It’s a bit of a halfway point between the BMW X1 and the X3, as its name would suggest, and it’s sportier than both. It’s designed to be the SAV for BMW enthusiasts who need some extra space but don’t want to sacrifice too much fun or style in the name of practicality. So the BMW X2 was born and it most certainly gives up some actual practicality in the name of style and performance. The X2 will likely be very popular among young customers, who will now be excited to know that the BMW X2’s online configurator has just gone up on BMWUSA.

Based on the same UKL architecture that underpins the BMW X1, the X2 is a front-wheel drive based BMW crossover that is available with xDrive all-wheel drive. In America, the only model available will be the BMW X2 xDrive28i. That means it will only be all-wheel drive ‘Stateside and it will only come with the brand’s 2.0 liter turbocharged four-cylinder engine. It’s the same B48 engine as in the X1, so it makes the same 228 hp and uses the same Aisin-sourced eight-speed automatic gearbox, though it could be getting BMW’s new seven-speed dual-clutch gearbox that’s being used in MINIs. 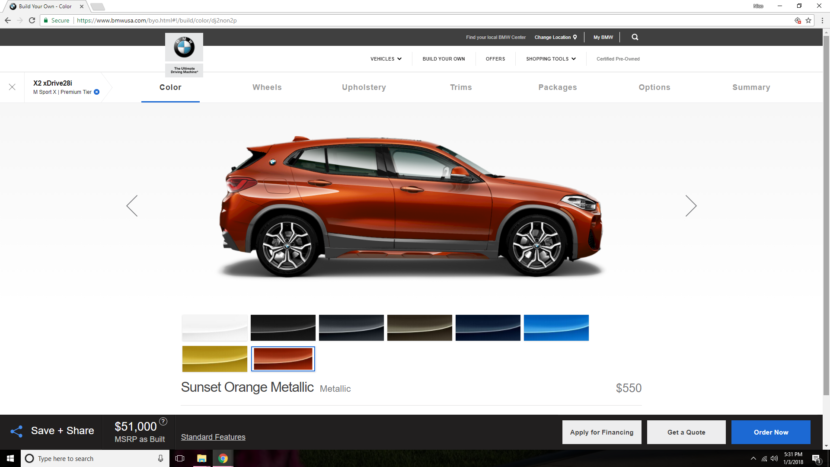 What’s surprising about the X2 is that it’s actually kind of expensive. While the base model starts at $38,400, it quickly balloons into the mid-$40k range with options. Especially if you want the M Sport X Design variant, because of course you do, which adds sportier looking touches and starts at $43,050. If you pick the Premium Tier of the M Sport X Design (which includes a Head-Up Display and Navigation), it starts off at $45,650. And that’s before options.

Thankfully, there are a lot of interesting color options for the BMW X2. Colors like Misano Blue, Sunset Orange and Dark Olive are all interesting and we’re thankful that BMW is giving such an interesting car some interesting colors. Personally, I’d go with Sunset Orange because I think it looks best with the X2’s plastic bumpers. On the inside, I’d also go with the Oyster Dakota Leather option, as the lighter color makes the interior feel a bit more spacious. The Fineline wood trim also looks good with that interior color. 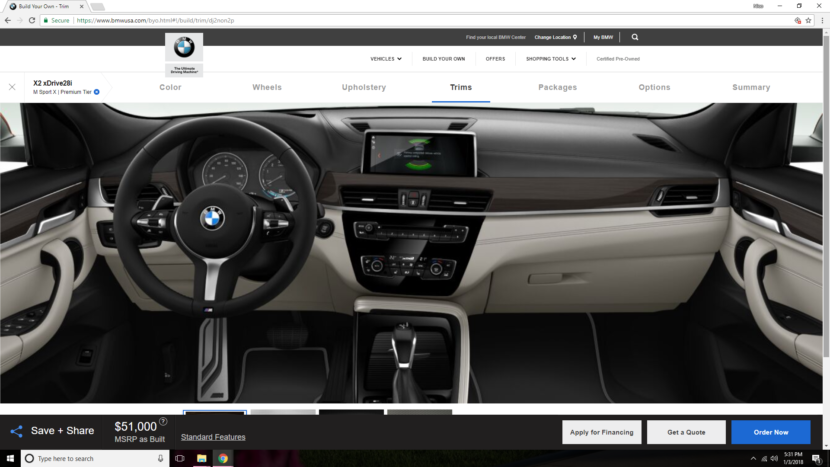 As far as packages and options, I’d have to choose the Dynamic Handling Package, which brings sport seats and adaptive dampers. I would also get the driver’s assistance package because it’s the only way to get parking distance control, which is absurd but must be done. After all of that, my BMW X2 M Sport X Design costs $51,000. That’s far too much for a car like the BMW X2 but no one said style was cheap.