Does the new Lexus LS 500 have what it takes to finally take on the Germans?

Home » Interesting » Does the new Lexus LS 500 have what it takes to finally take on the Germans?

When the original Lexus LS debuted in the late 1980’s, it was a revelation. Never before had the world seen a luxury car so supremely comfortable, fastidiously built and incredibly reliable before. While the Germans dominated the luxury segment, globally, they weren’t known for their reliability to affordability. The Lexus LS changed that and the luxury game forever. It forced the Germans to step up their game. However, since then, the Lexus LS has lost a bit of its sheen. It’s become a dull and squishy sedan for aging golfers and folks who put their teeth in jars at night. Now, though, the famed Japanese brand claims it’s back and this new Lexus LS 500 looks like it might finally have what it takes to take on Zee Germans.

Lexus has made dramatic improvements to its new LS, so as to jettison it out of obscurity in a segment dominated by German rivals. In terms of exterior design, the new Lexus LS is far superior to its predecessor, which was about as exciting looking as a beige wallpaper. This one is far better looking though, even if the “Spindle Grille” is still odd looking. It just looks like its grandma is pinching its cheeks. Though, the actual grille itself is far better looking now.

The top-dog in the LS lineup is the LS 500, which now packs a 3.4 liter twin-turbocharged V6 under hood, which replaces its old naturally-aspirated V8. It’s also an interesting choice, given all of its competitors pack twin-turbo V8s. Though, it’s not as down on power as you might think. With 416 hp and 442 lb-ft of torque, it has ample power. When compared to the BMW 750i’s twin-turbo V8, which makes 445 hp and 480 lb-ft, it seems a bit low but it’s enough.

When paired with a new 10-speed automatic, the Lexus LS 500 can sprint from 0-60 mph in 5.3 seconds. That’s slower than the 750i’s 4.4 seconds but not bad at all in this segment and customers will never, ever care. But it’s nice to see the Lexus LS have an engine from this century. And that leads me to why this new Lexus LS 500 might just have what it takes to take on the BMW 750i and its German rivals.

Customers in this segment don’t so much care for performance figures or handling dynamics. In both of those areas, the Lexus LS 500 is likely behind all of its German rivals. Both the BMW 750i and Mercedes-Benz S-Class are almost certainly better cars to drive and expect the new Audi A8 to be as well. Though, customers who are spending six-figures on a massive luxury sedan often don’t care about handling. They care about luxury, comfort and interior design. The Lexus LS 500 has all of those things in spades. 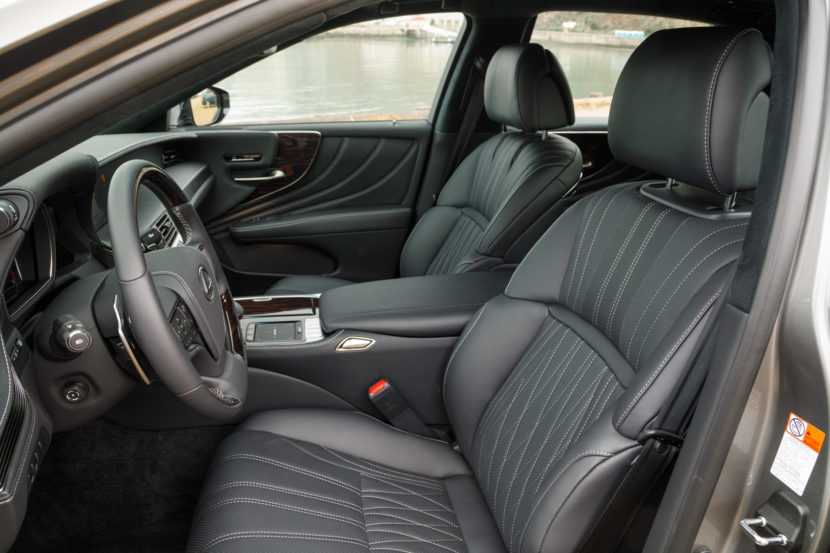 Just look at the cabin of this new big Lexus. It’s even more impressive than the original LS was back in ’89. The attention to detail is remarkable and its design is far more visually interesting than anything from Germany. There are seemingly endless layers and architectural shapes that it’s almost too much. It might get a bit busy looking over time but it’s fascinating to look at right now. It makes the cabin of the 7 Series look downright boring. Take the door panel, for instance. There are three layers to it, all of which are made from three different materials. It’s superb looking.

Admittedly, there are some design cues that are a bit wrong. The two oddly placed dials flanking the gauge cluster are absurd looking. It looks like there’s a handle bar resting on top of it and almost seems as if it obstructs the driver’s line of sight. Though, move your eyes down just slightly and you’ll see that the digital gauges are wrapped in contrast-stitched leather, which covers up all of the bland black spaces in between the actual digital gauges. This is far more luxurious looking that the black plastic spaces you’ll see in between the digital dials on most cars.

Also, we’re hearing that much of the car’s technology is frustrating to use, such as Lexus’ typically awful infotainment system. However, that’s something that can be fixed over time, with updates.

In terms of driving dynamics, it’s Lexus as usual. The ride is soft and luxurious, the seats are incredible comfortable and the cabin is quiet. It’s not going to be the dynamic luxury sedan that its German rivals are but it’s likely that its customers won’t care. So long as it’s solid, stable and comfortable, it will sell like crazy. Customers want luxury, design and comfort. With those things in mind, this new Lexus LS 500 looks very interesting and like it will seriously challenge Zee Germans for sales in the future. 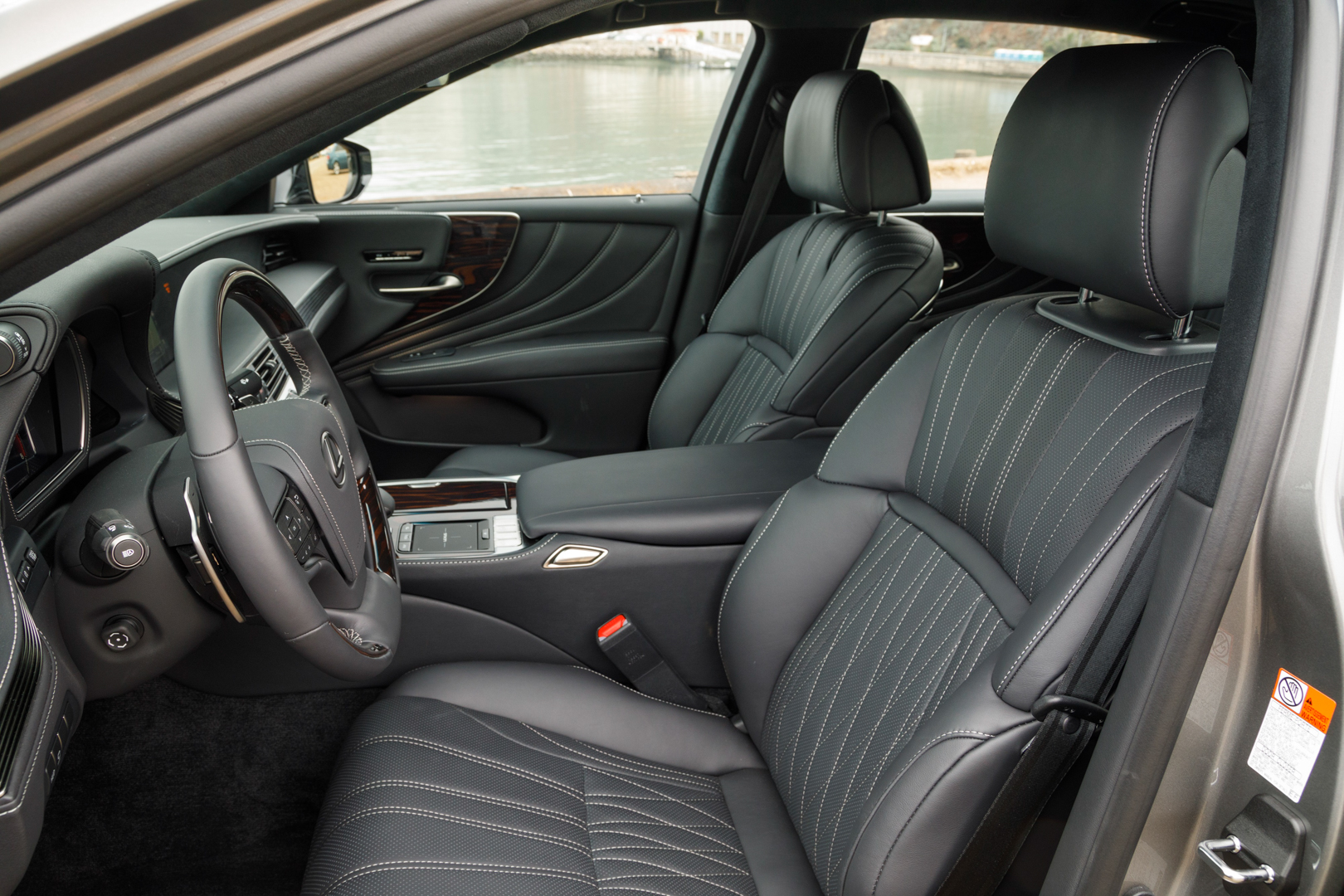 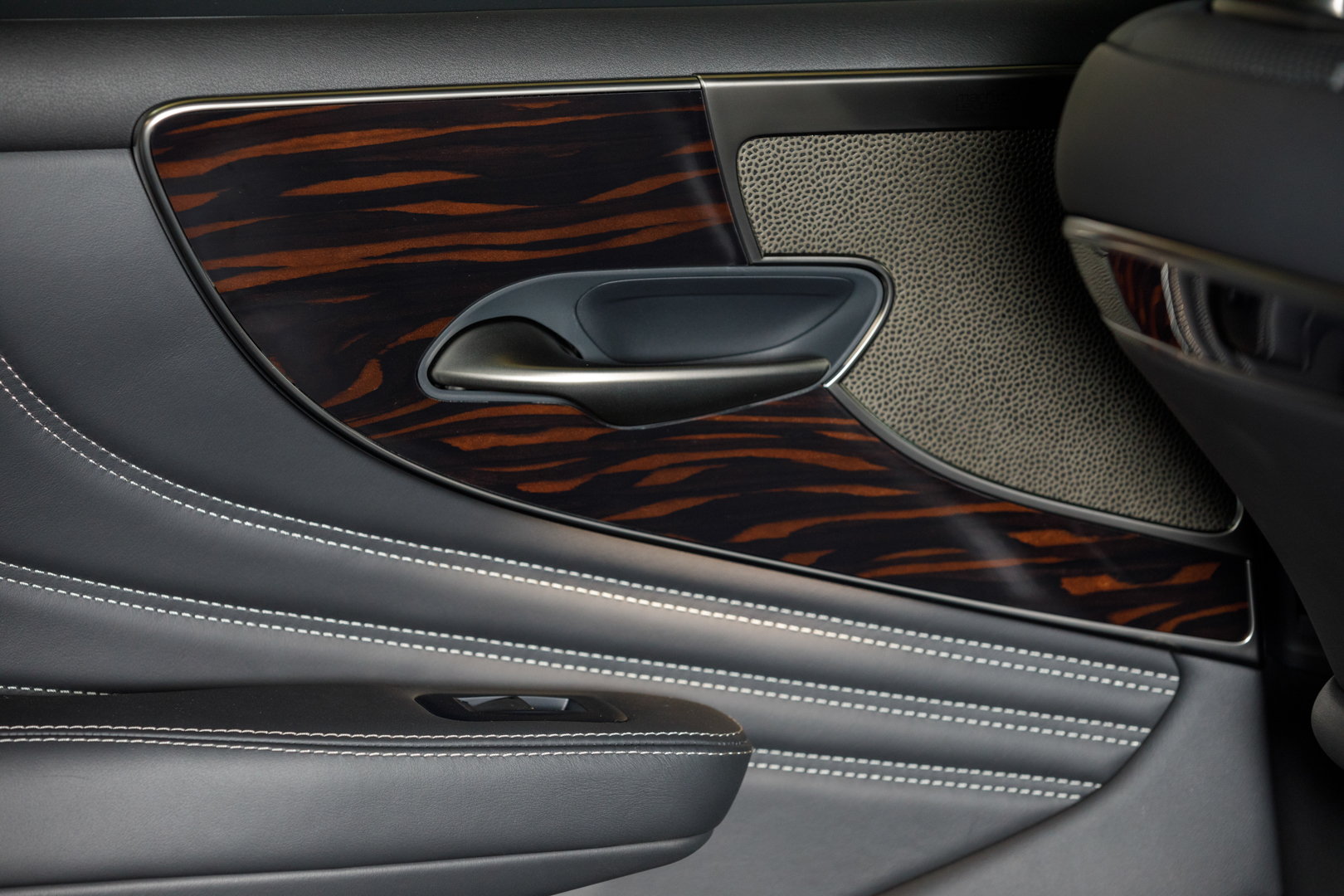 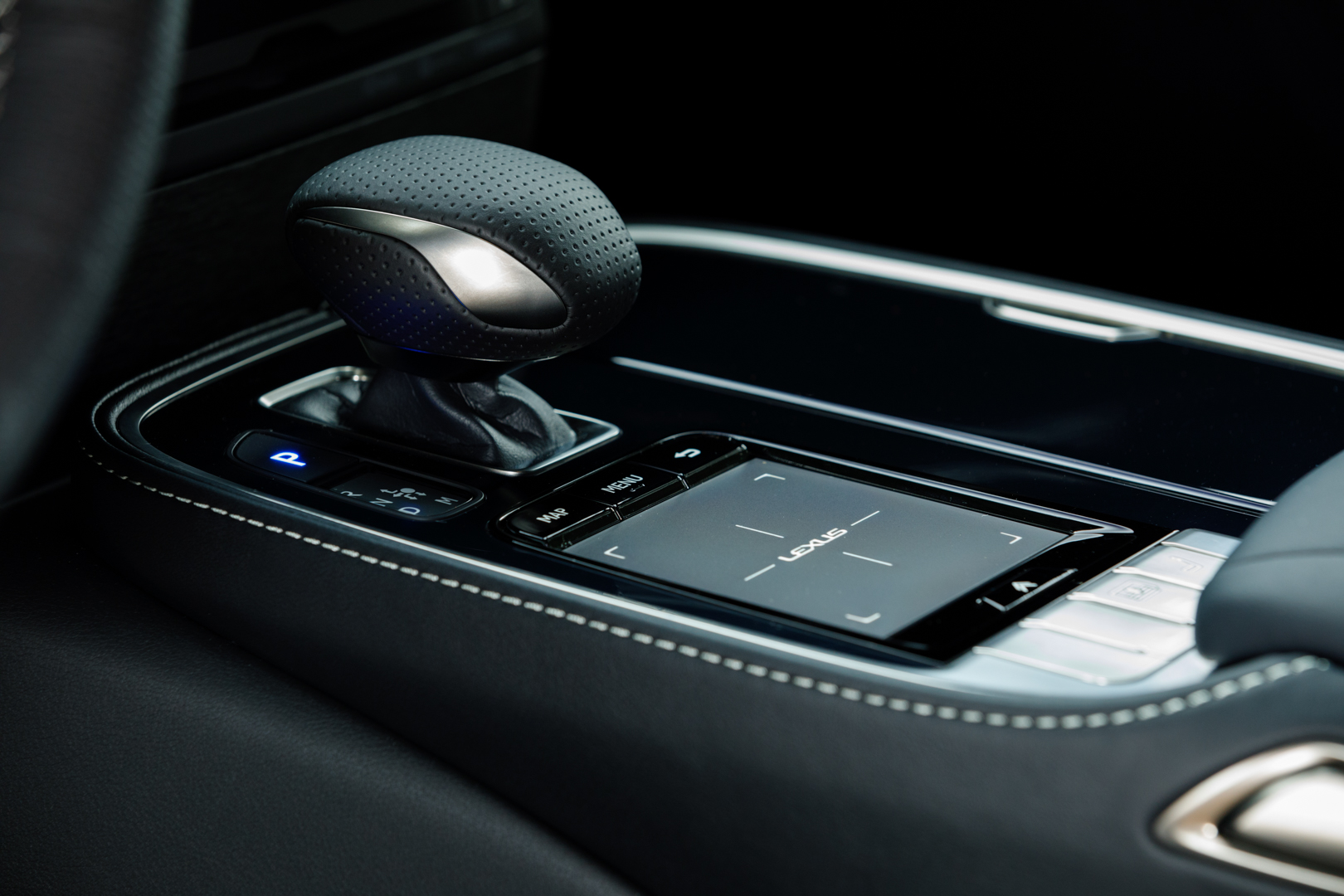 30 responses to “Does the new Lexus LS 500 have what it takes to finally take on the Germans?”