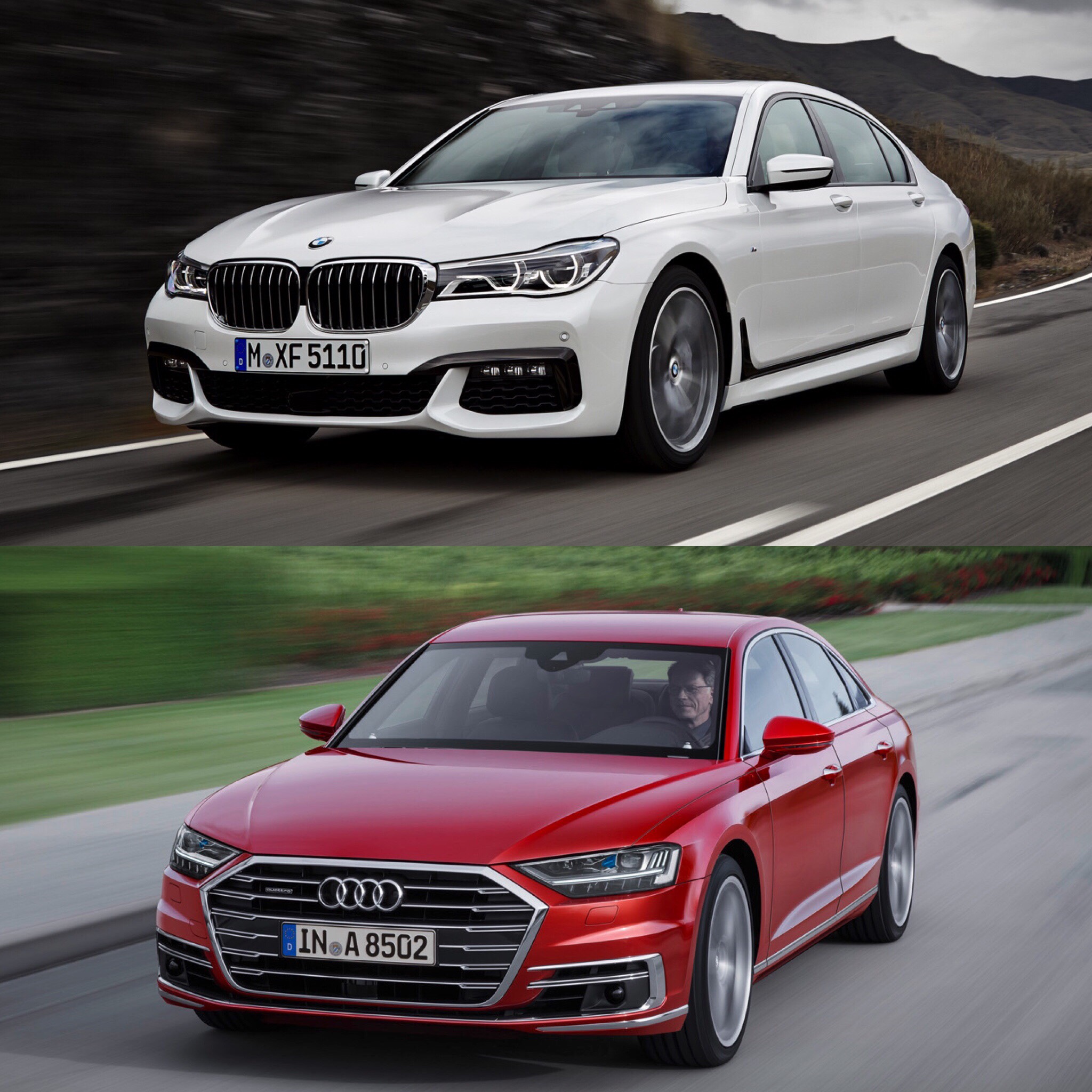 The current BMW 7 Series’ design has been given mixed reviews by BMW fans. Some think it’s a superb flagship luxury car that combines the best of both sporty looks and elegant design. Some think it looks like a dog’s vomit. Like most things subjective, there will never be a unanimous liking or disliking the 7 Series design. However, it’s in comparison with others that really allows us to evaluate the 7 Series’ design and whether or not BMW will have its work cut out for itself when designing the LCI (that’s right, we’re the sole influence on which design direction BMW takes…). So why not compare it with the absolute newest car in the segment, the 2018 Audi A8?

The A8 is brand-spanking new, having just made its official debut today. It features an all new design, completely new chassis, new engines and an almost absurd amount of new technology. Though, like the 7 Series when it first debuted, its styling is getting seriously mixed reviews. Some love its subtle design and some find it as boring as literally any Casey Affleck movie. So how do these two cars, with very mixed styling reviews, compare? 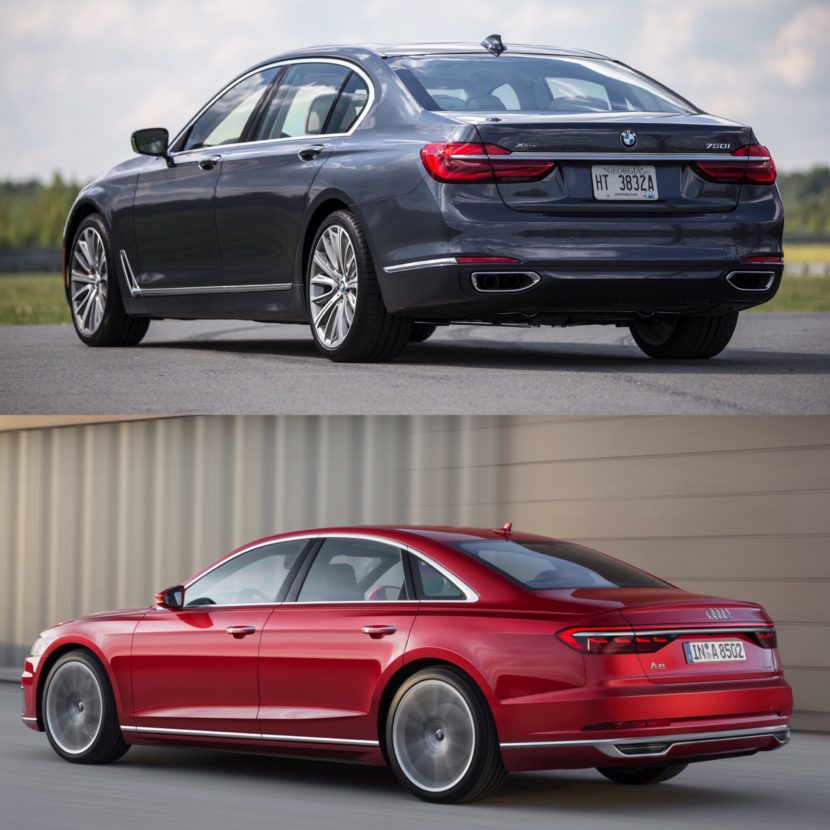 Well, from the front, I personally like the Audi A8 better. Its massive grille and sharper headlights make it look a bit more aggressive and imposing. I’m still not entirely sold on the face of the 7 Series, as the headlights are sort of odd to me and the grilles are big without being imposing looking. It’s just got a bit of a frumpy mug. The A8, though, looks sharp and dynamic from the front and I like it more. Though, that’s where the exterior victories end for the Audi.

In profile, there’s little to distinguish this as anything premium, nevertheless an Audi. From the side, you could trick people into thinking it was a Toyota Avalon. It’s not very interesting looking. While the 7 Series is no stunner, it’s more visually interesting than the Audi A8 from the side.

At the back, no one really wins. Both cars have odd looking rumps. The Audi A8’s light-bar is kind of cool but the way the taillights droop down afterward make it look like its melting. Plus, those fake exhaust pipes are just unforgivable on such an expensive car. Though, the 7 Series’ rear is not much better. The taillights are sort of odd and there’s just something about the rear deck that I don’t like much but can’t place. It’s better looking than the A8’s rear, though, as that’s about as milquetoast as it gets. 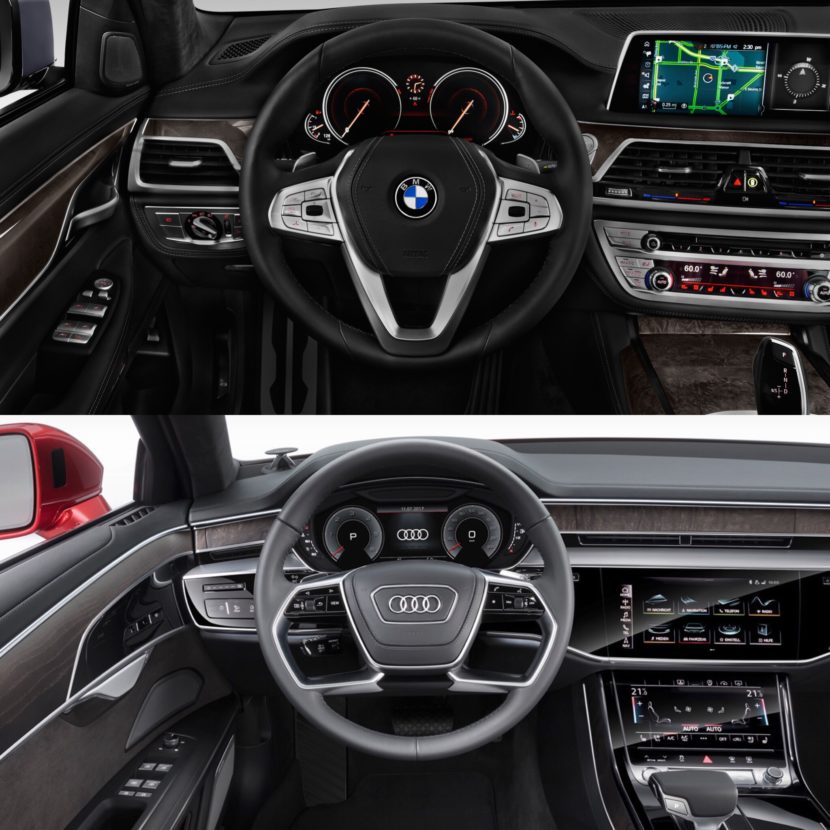 Inside, I like the Audi A8 again. From the cockpit, its horizontal lines, sharp edges and funky steering wheel all make it look very modern. I love the way Audi incorporated the wood and metal trim and how it wraps around the cabin, despite also seeming very sharp. It’s a nice piece of modern and minimalist design. The 7 Series has a lovely cabin to sit in. The materials are superb, the build quality is among the best in the world and the seats are absolute fantastic. However, as we can’t yet sit in the Audi A8, we can only go by aesthetic design. And when judged by the way they look, the Audi A8 has the better cabin to these eyes. Those touchscreens might get annoying but, as previously mentioned, we’re judging on design, not functionality as we can’t test both at the moment.

Many customers buy these cars to be chauffeured around in, so the back seats are important. Personally, I also like the Audi A8’s better. To be fair, they both look and seem to function very similarly and they’re both exquisite. However, one small detail in the Audi A8 does it for me — that touchscreen tablet controller. The way it tilts upward toward the rear passengers and the entire console behind it both just look cooler than BMW’s tablet stuck in the armrest design. Don’t get me wrong, I’d happily spend hours in either but if I had to choose I’d go with the Audi. 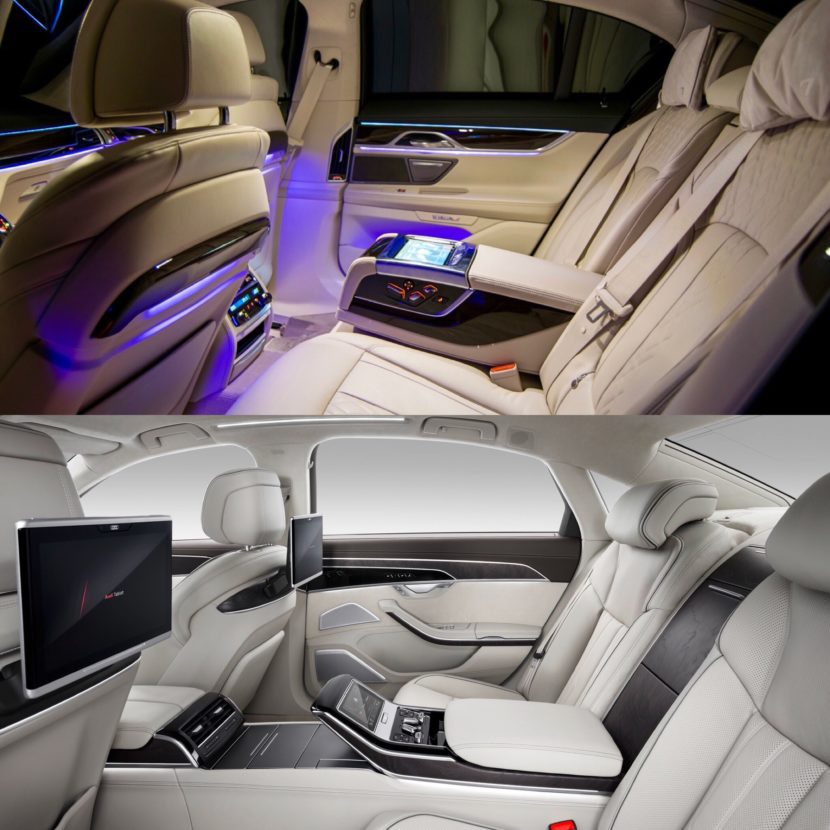 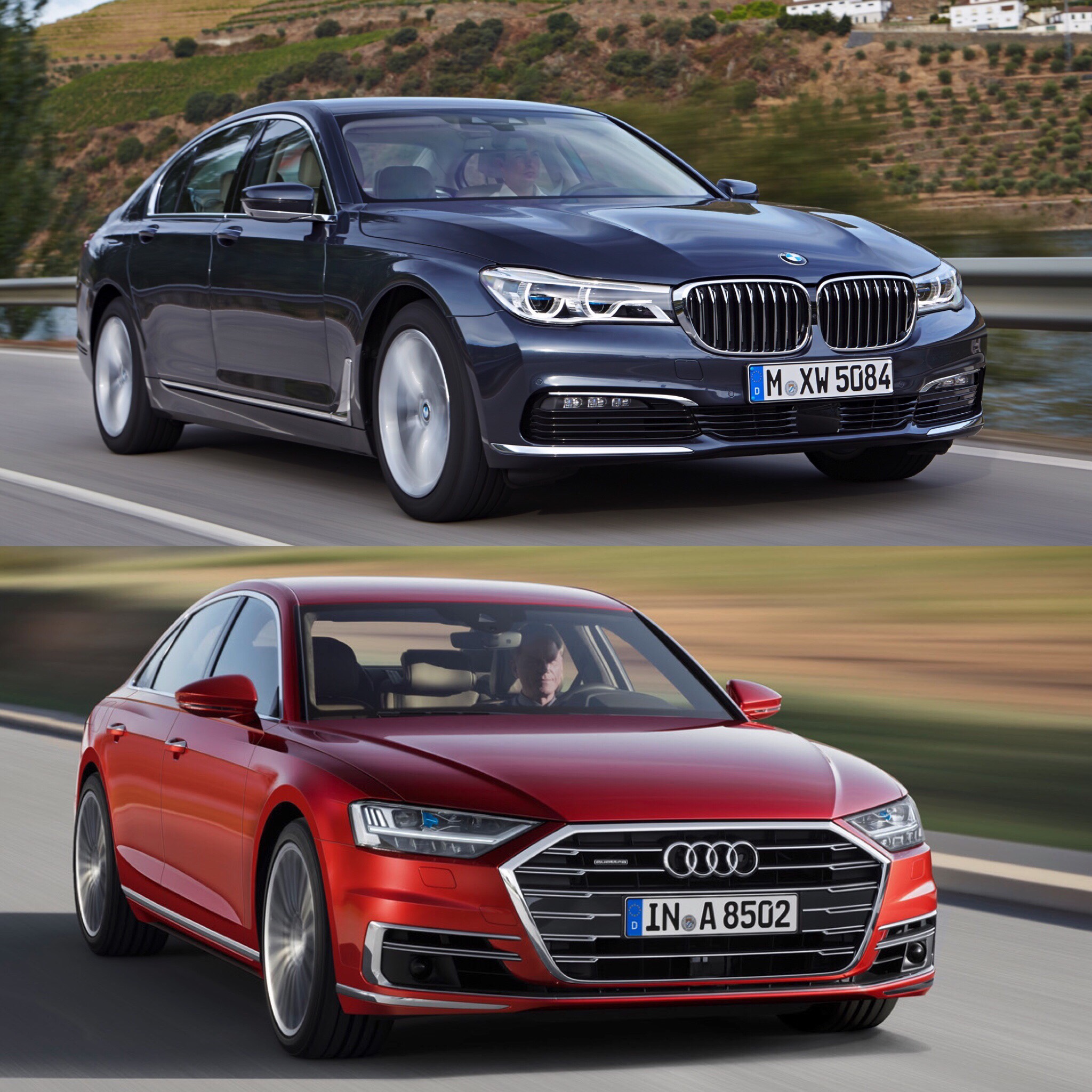 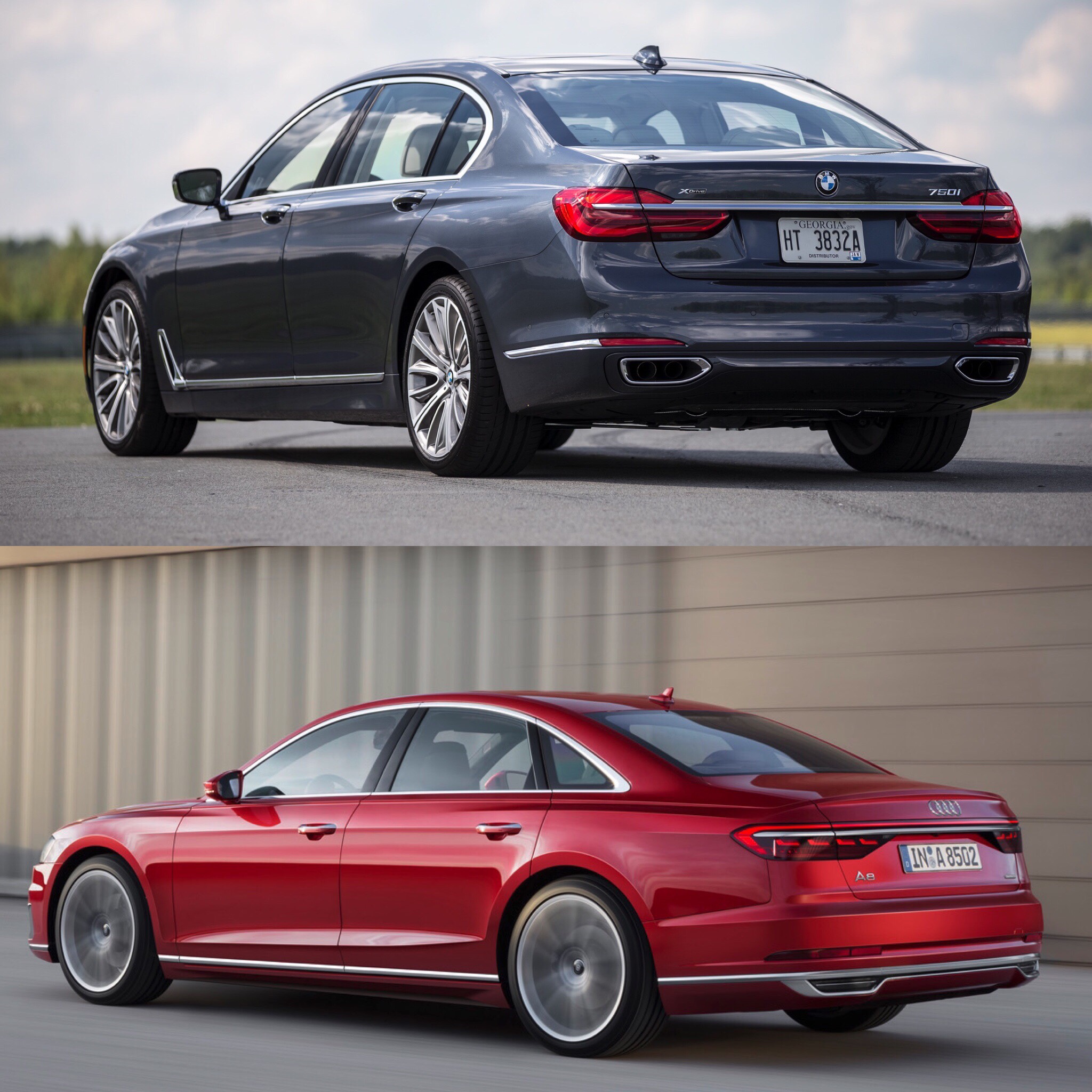 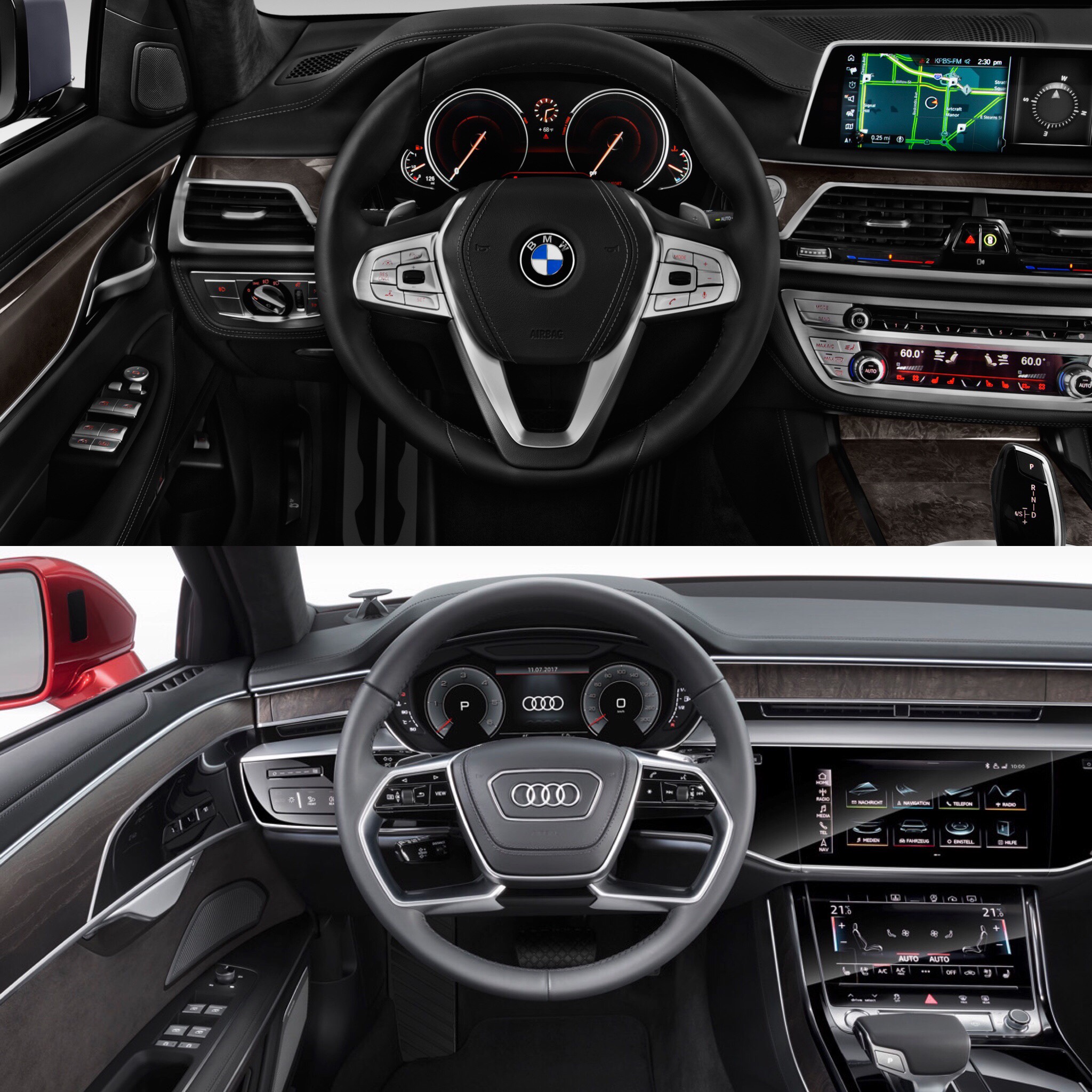