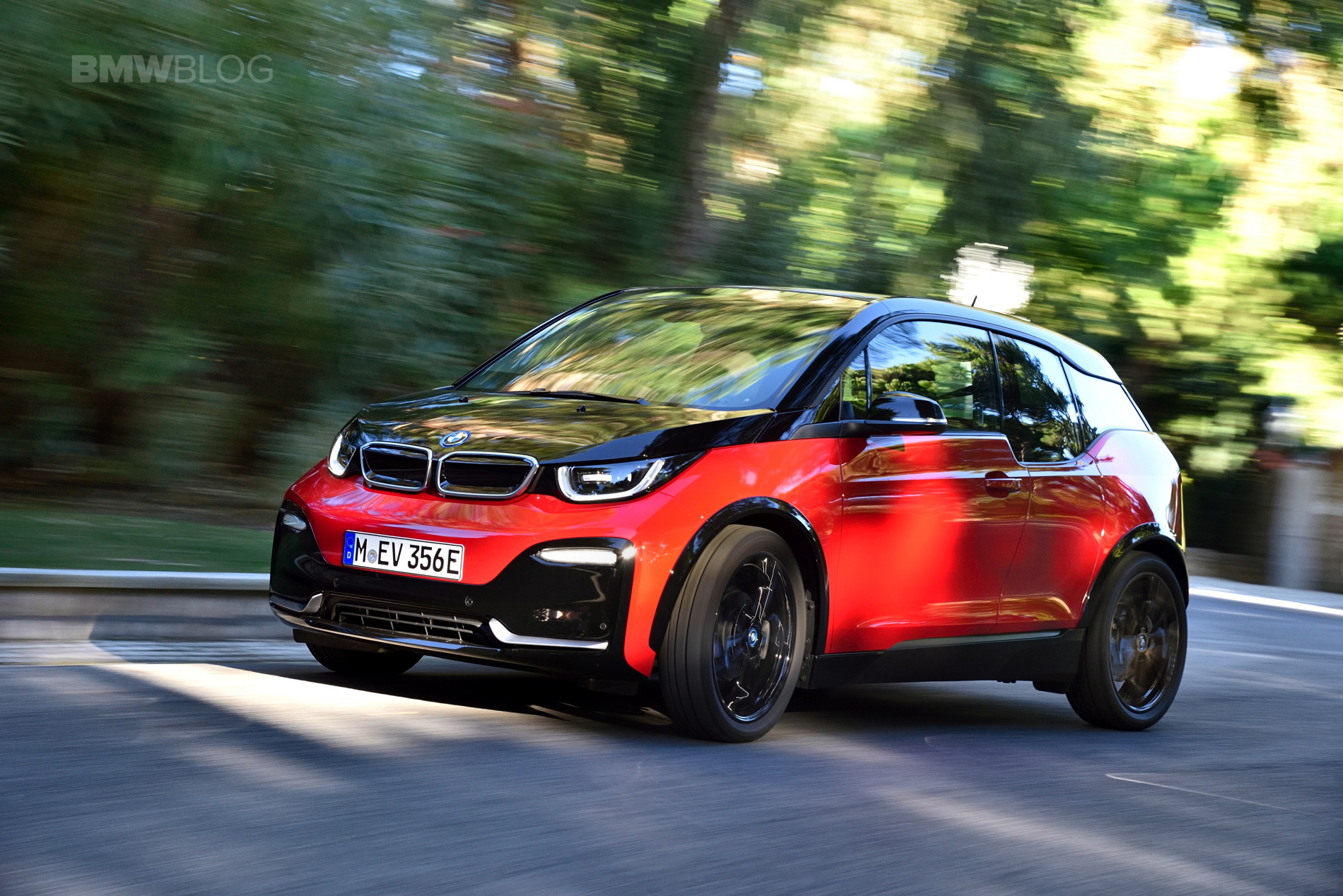 At the press launch of the brand-new F90-generation BMW M5, the Bavarians also debuted a tiny electric car — the BMW i3S. Many enthusiasts were excited about the idea of a sportier i3, as the little electric BMW had a ton of potential. Now, the BMW i3S is that sportier variant and it’s actually surprisingly fun to drive. In this video from Carwow, host Mat Watson drives the i3S through a small track made up of cones, with BMW driver and former DTM racer Timo Glock riding shotgun. After Watson sets his lap time, Glock tries his hand.

Watson goes first and claims that ever cone they hit adds three seconds to the time. Although, that plan goes out the window quickly, as he hits quite a lot of cones. But the BMW i3S seems like fun, as it darts through the tight, nippy course, even if there’s a bit of understeer. That understeer is to be expected, though, as the front tires are about as wide as bicycle tires, so grip is lacking. Still, it seems like fun, especially on the wet section, where the i3S’ MDM traction control does a good job of keeping things tidy. Watson sets a 1:05 minute time through the course but decides not to count the cones, which Glock claims he hit about twenty of, jokingly.

Next, it’s Glock’s turn but this is only the third time he’s ever driven an i3. While Glock is a pro at driving a proper race car, or anything with an engine and wheels for that matter, he’s not used to the i3. Still, he gets off to a good start and you can immediately tell the difference between a journalist and a racing driver. Glock is far sharper and turns in much harder, with the sort of confidence that only a racing driver has. As he turns onto the wet straight section, he actually gets the tail out and is able to hold a slide without touching a cone. Through the slalom, he’s millimeters away from each cone and goes through perfectly.

When it’s done and they stop, Glock has no doubt he won, claiming to do a 59-second time. Which is remarkable because he ran a 58.82-second time. It’s funny to see what a proper driver can do with a small electric hatchback. The BMW i3S is supposed to be a sporty electric car and it seems that it really is.