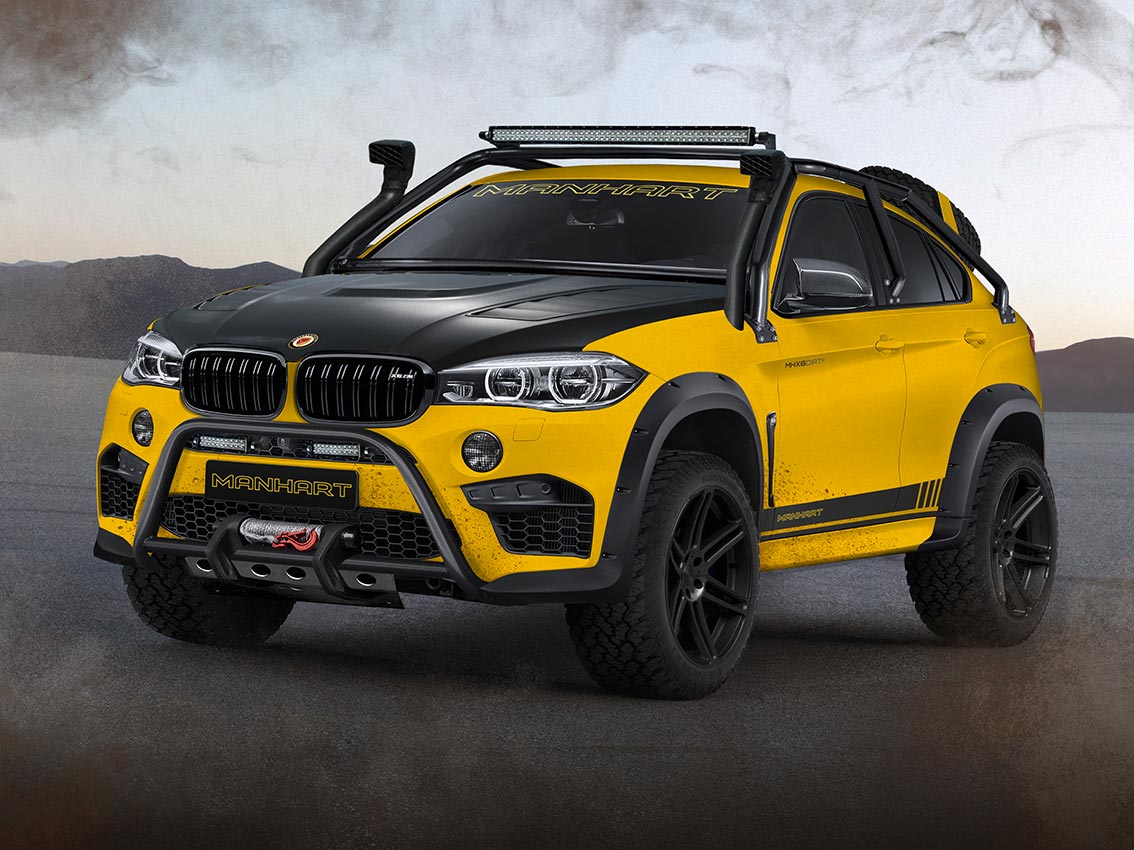 The BMW X6 M is already the answer to a problem no one had. Despite its complete superfluity, the X6 M is a charming car, thanks entirely to its complete and wonderful uselessness. Who needs an SUV with 570 hp? No one but it’s hilarious good fun so who really cares? The real question is, why stop there?

German car tuners, Manhart, have come up with their own version of the BMW X6 M and it’s about as insane as a tuned X6 M gets. Meet the Manhart MHX6 Dirt², which is essentially an X6 M turned Dakar racer for the road. If that sounds weird and crazy, yet oddly fantastic, you’re right. 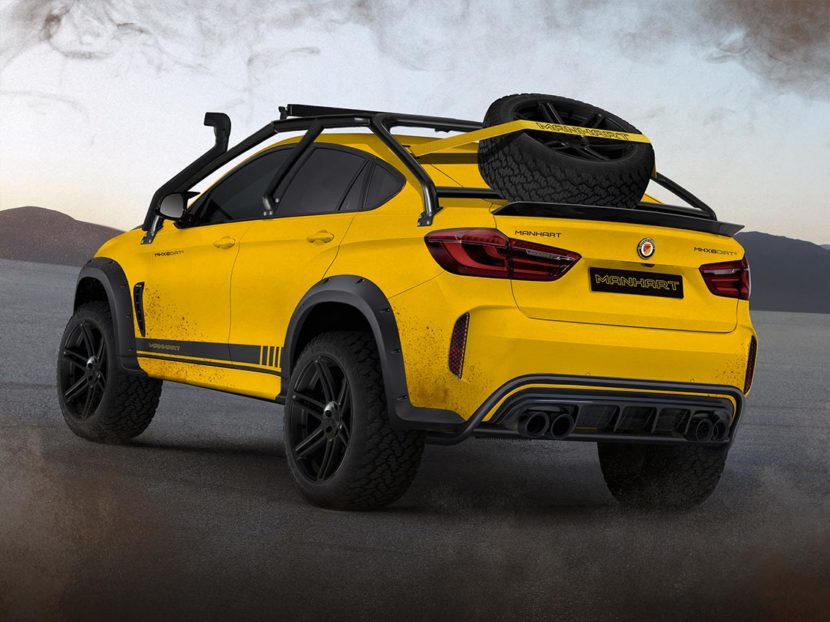 One the outside, Manhart fitted the X6 M with an exoskeleton roll cage, fender flares, a massive rear diffuser, a winch and even two, not one but two, snorkels. There’s even a cool LED light bar mounted to the roof in case you find yourself in the woods at night. It makes the standard X6 M seem like as calm and sophisticated as a Rolls Royce. If Mad Max was based in Bavaria, this is what he’d drive. 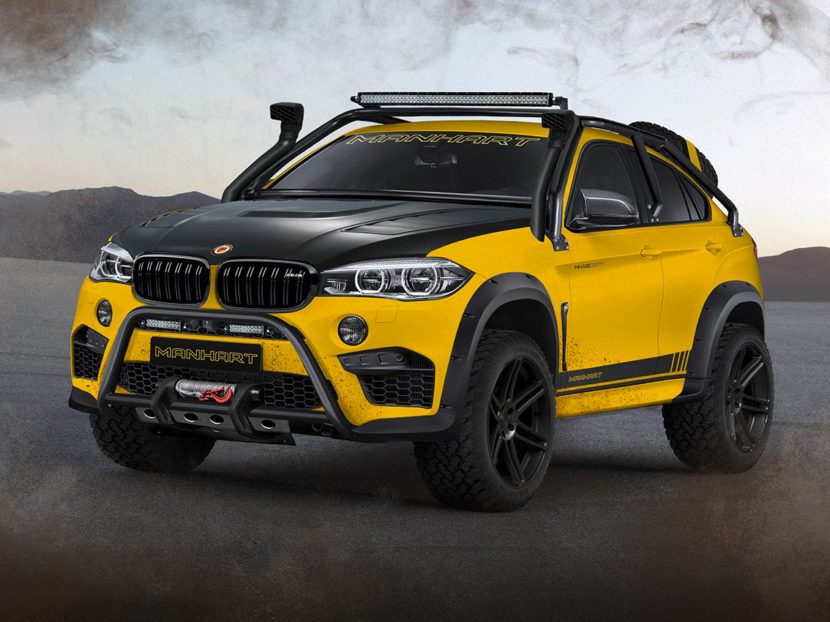 Under the hood, Manhart tickled the 4.4 liter twin-turbocharged V8 to make an astonishing 900 hp and 885 lb-ft of torque. If you’re wondering, that’s 300 more hp than the brand-new F90 BMW M5 and about 140 lb-ft of torque more than the triple-turbocharged V8 diesel-powered Audi SQ7. So, basically, it’s a lot. To handle all of that power, Manhart fitted a more high-strength gearbox, beefier rear axle and a revised limited-slip diff. It also gets a lifted, manually-adjustable KW suspensions and 21″ tires wrapped in 305×40 BF Goodrich all-terrain tires.

At the moment, this is just a concept car. However, Manhart is seriously considering selling these and, if they do, they will only make five. Which is actually enough, considering the fact that they want to charge €395,000 (about $466,009 USD)for one.