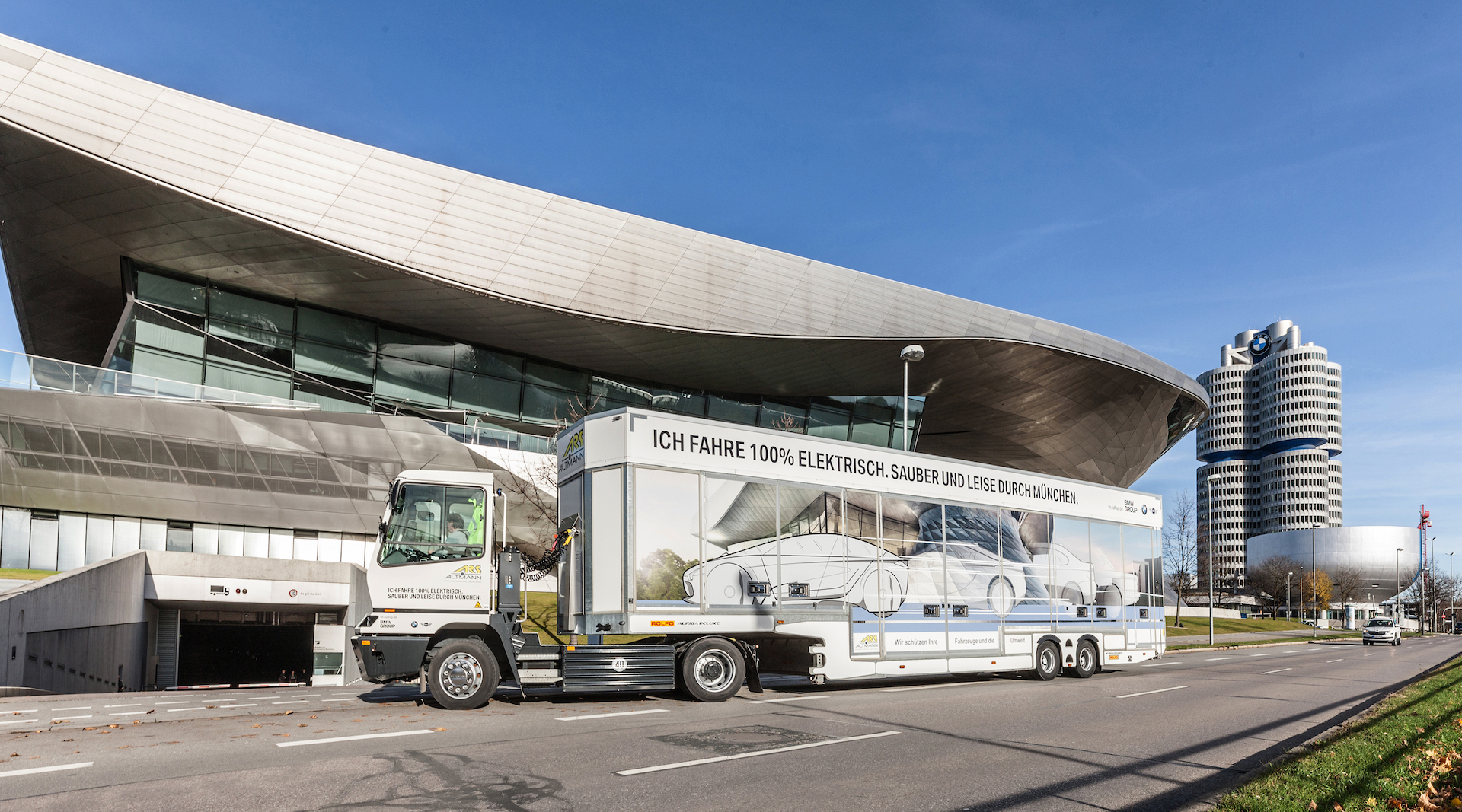 Tesla made the headlines around the world when it announced its latest creation last month in the shape of the Tesla Semi. It’s a new electric truck that is supposed to help cut CO2 emissions around the world with its electric motors and huge batteries. And while the American company might be able to make electric trucks popular, other companies have already been using such solutions for a while. Companies like BMW, that announced today that two additional electric trucks are now operational in Munich.

A total of three e-trucks are now traveling the streets of Munich, saving approximately 82 tons of CO2 thanks to use of electricity instead of diesel fuel. What began when the first 40-ton electric truck was put into service by the Munich plant in 2015 has now been taken to the next level. All three trucks are used on public roads in the Greater Munich area. 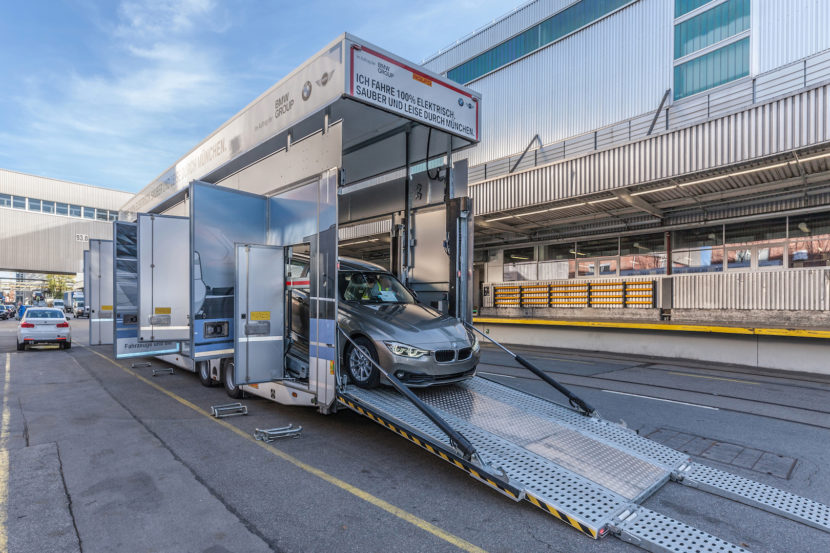 With its first e-truck, logistics service provider ARS Altmann AG transports new cars on a 15-km route through Munich: on its way from the town of Garching north of the city to the BMW Welt, the truck is loaded with vehicles to be handed over to customers; on the way back, it transports finished vehicles from the BMW plant, which will later be dispatched from the Garching site to the European sales network. A special feature of the new e-truck is its covered semitrailer.

The SCHERM Group has been a partner of the BMW Group for over two years, cooperating on matters of sustainable city logistics. The two companies are very satisfied with the experiences gained through the use of their first e-truck, which has operated very reliably since being put into service in July 2015. The e-truck covers its route between the SCHERM logistics center and BMW Group Plant Munich eight times daily, saving about 48 tons of CO2 annually compared to a conventional truck. 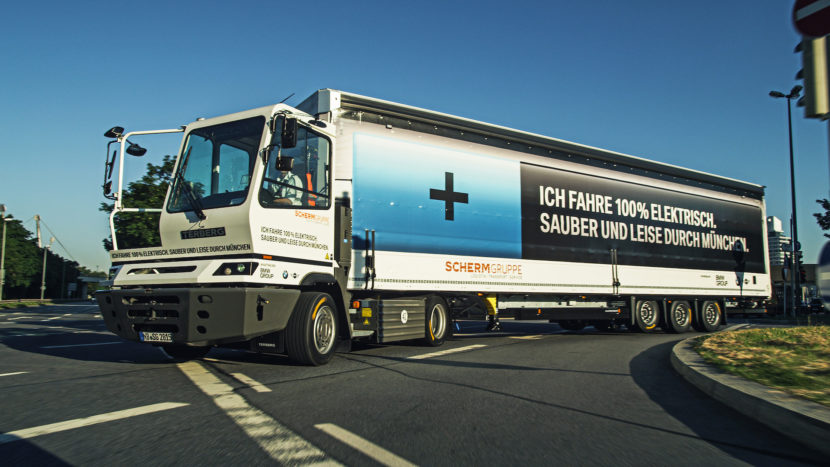 With its second e-truck, the logistics company now delivers vehicle components from its supply center in Karlsfeld, 12 kilometers outside of the city, to the Munich plant. At a top speed of 64 km/h (40 mph), the new e-truck has a range of approx. 160 km (100 miles). Thanks to the combination of green energy and alternative drives, the 40-ton e-trucks are emission-free, quiet and generate almost no particulate matter pollution.

Compared to diesel engine trucks, the three electric trucks save 82 tons of CO2 annually. This is equivalent to the distance a BMW 320d would travel when going around the world almost twenty times, around 800,000 km (500,000 miles). Depending on the specific tractor, the truck batteries take three to four hours to charge. 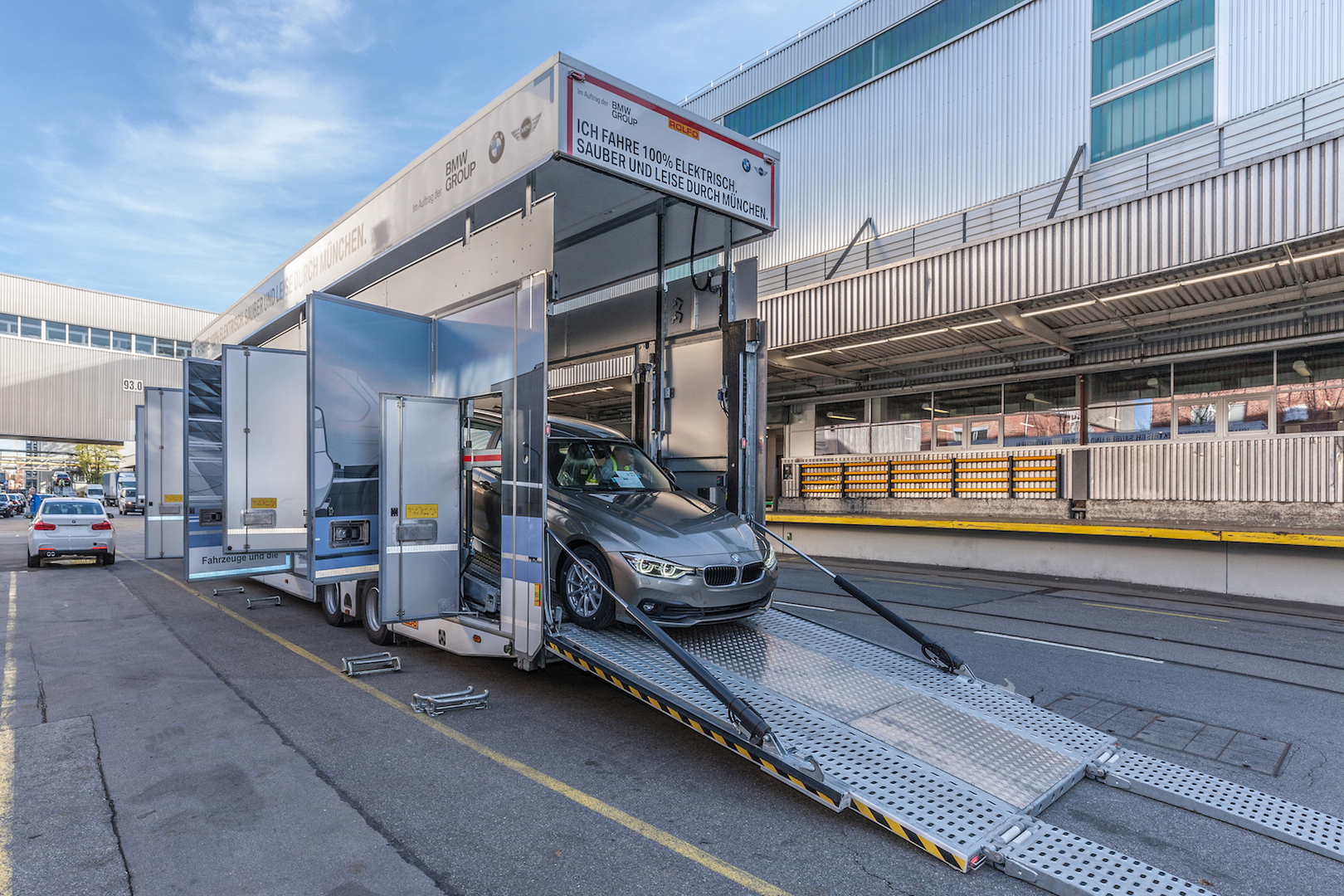 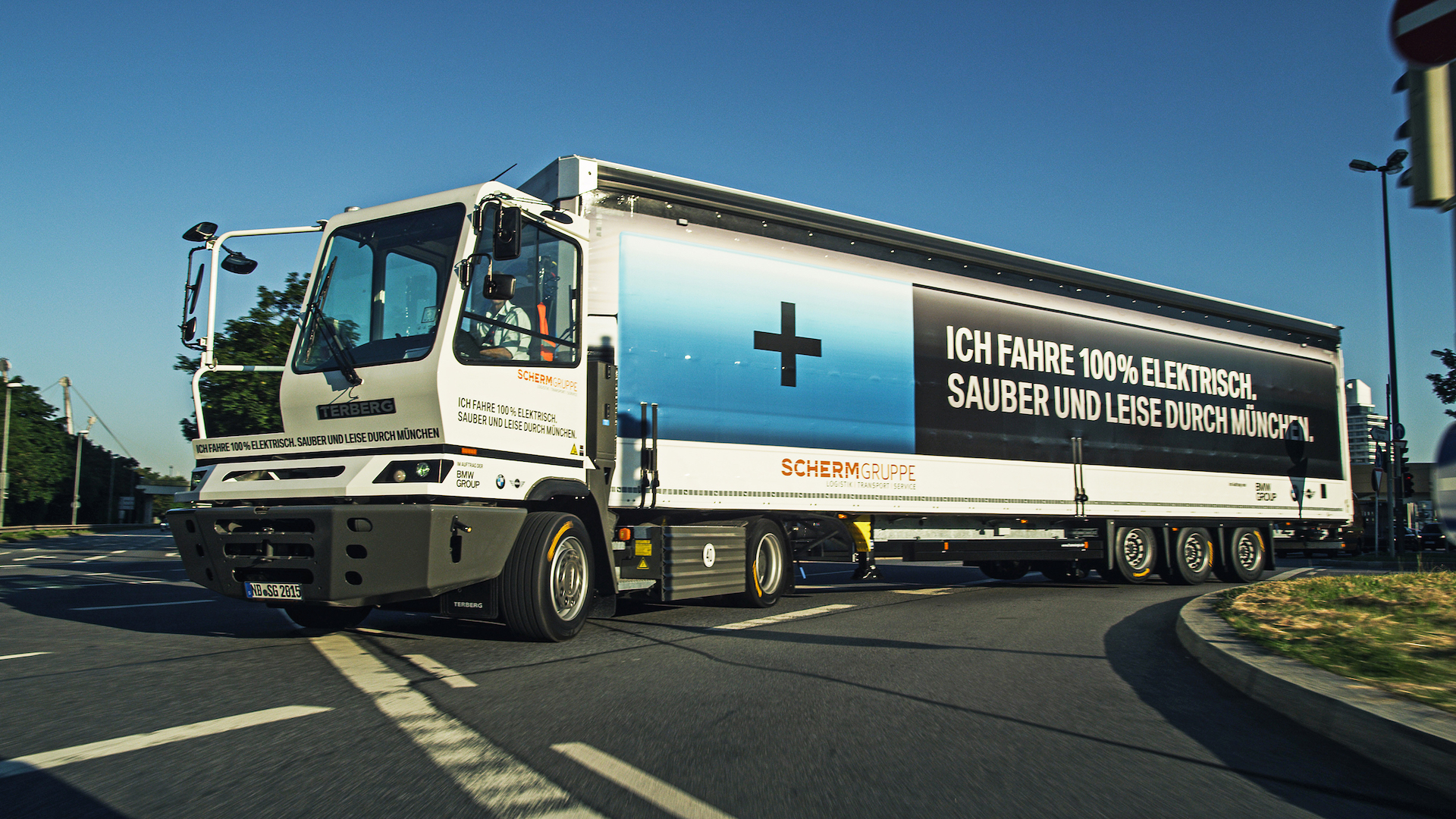 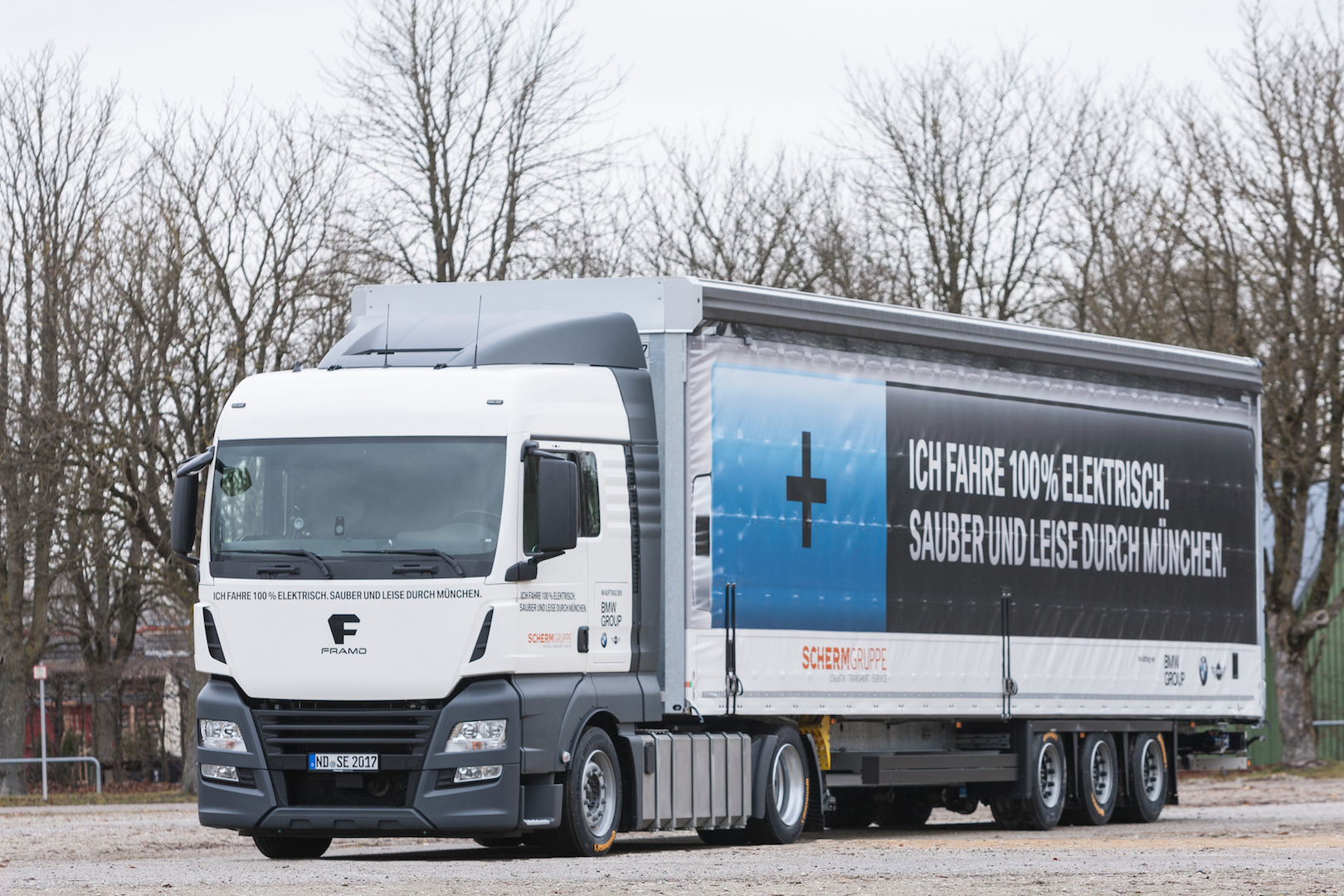 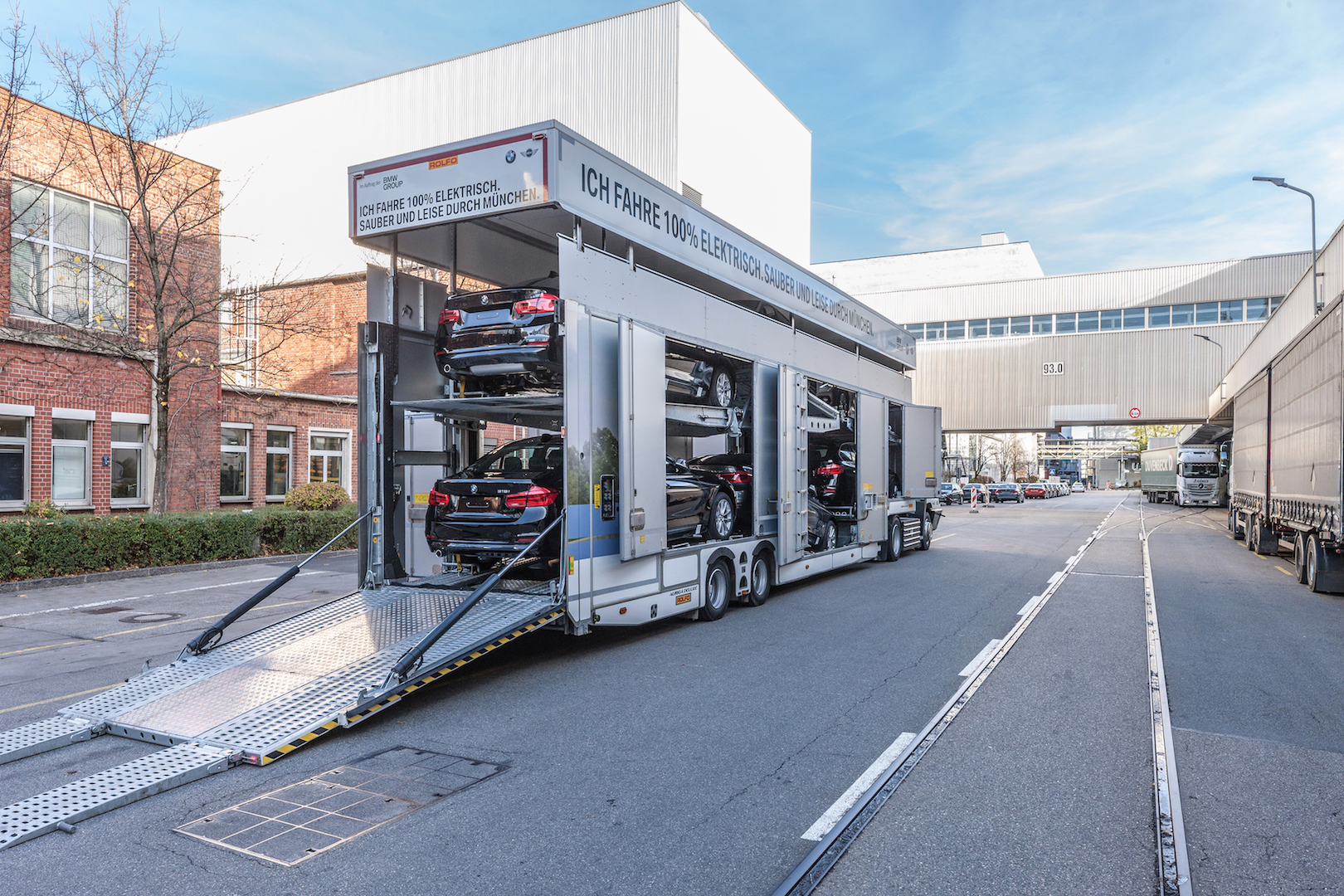