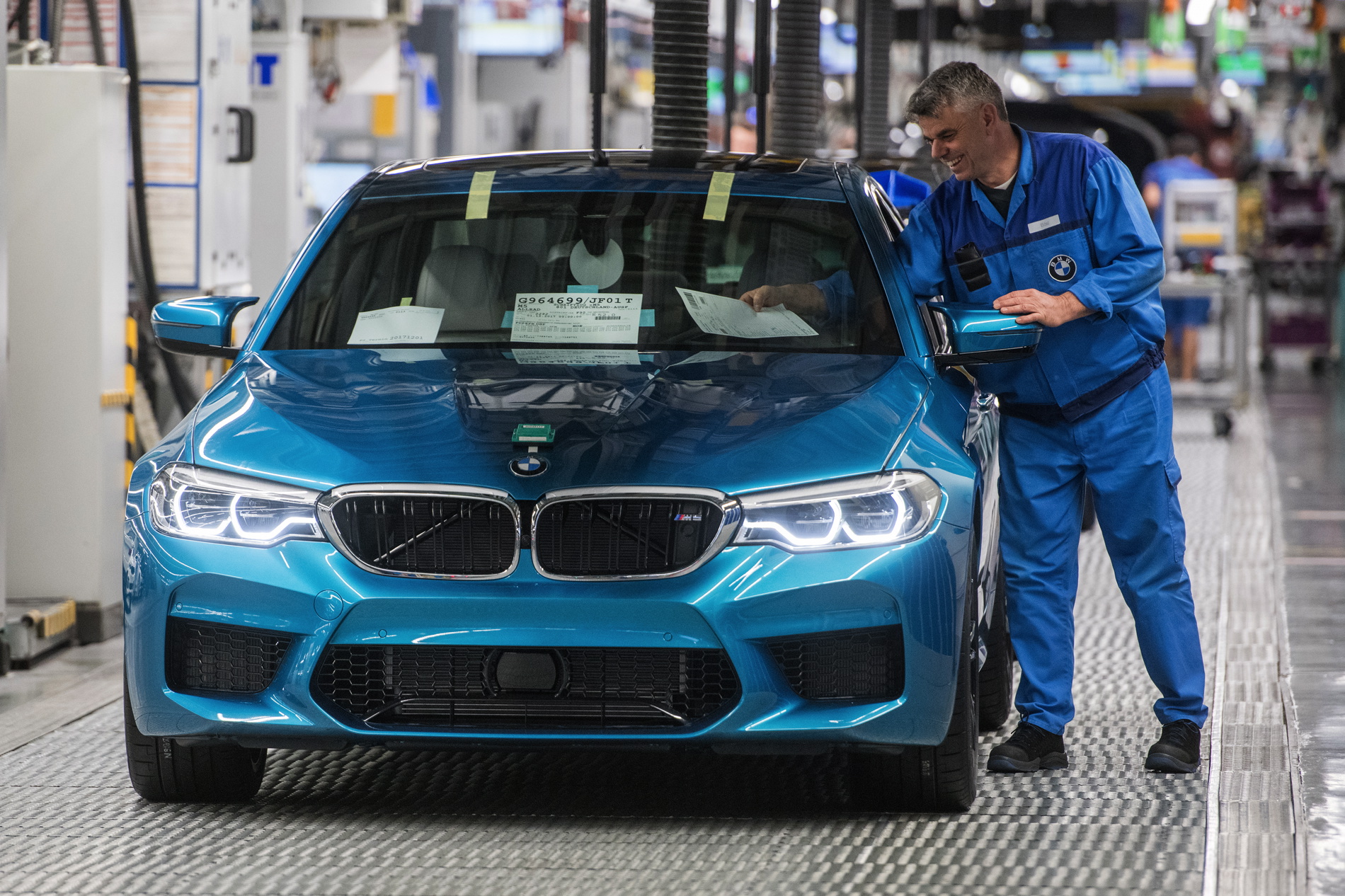 Series production of the new BMW M5 F90 at the Dingolfing plant has begun. One of the first units of the sixth generation rolled off the line in the eye-catching Snapper Rocks Blue, which is why the photos from the factory also give us the first impression of the power sedan with the recently introduced paint job.

In addition to the launch color Marina Bay Blue and the more blueish-gray Bluestone metallic, Snapper Rocks Blue is the third blue in the regular color palette for the BMW M5 F90. All in all, seven colors can be ordered at no extra cost and are already included in the base price.

It goes without saying that customers looking for a more specific finish can count on the help of BMW Individual and then choose from an almost infinite range of different colors. A small selection of individual paint finishes is available for a surcharge of 2,300 euros.

With the start of mass production, the market launch of the BMW M5 F90 is approaching, the official dealer premiere and thus the beginning of deliveries for the first customers are planned for March 2018.

The predecessor generation F10 was built between 2011 and 2016 for a total of around 20,000 units, but the new generation aiming to surpass this value.

The vast majority of the BMW M5 F90 produced in the coming years will be delivered to customers in the US, UK and Germany.