BMW is about to roll out a massive new product offensive, which will see the introduction of several new models. Two of the upcoming models will be the BMW X5 and BMW 8 Series. The former will just be the next generation of a current nameplate and the latter will be a revival of an old and beloved nameplate. While the 8 Series is obviously more exciting, the X5 is arguably going to be more important for the brand. Though, both of which were just spotted doing some pre-production testing in Slovenia (we don’t own the photos but they can be seen here).

In these photos, both the BMW X5 and 8 Series can be seen parked on the side of the street in front of some stores and we get a pretty close look at them both. They both have about the same amount of camouflage installed, with just a bit of their hoods and their roofs exposed. 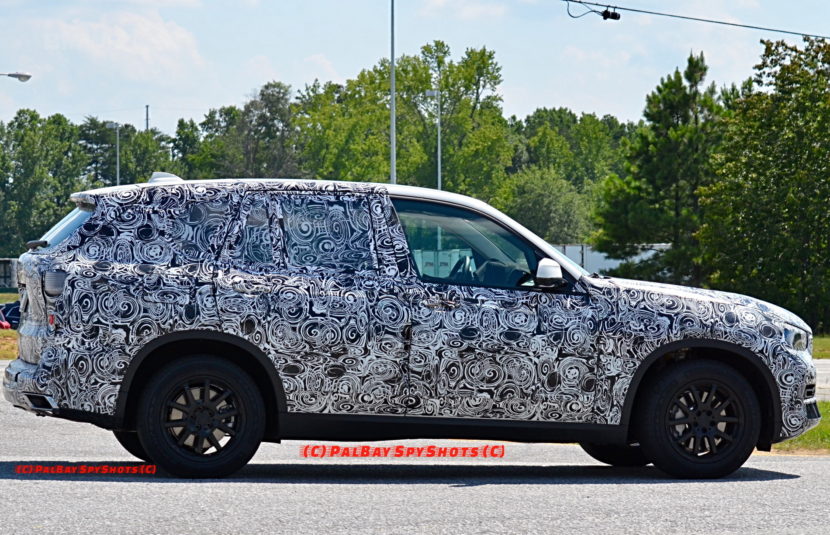 As for the BMW X5, we can see that it’s going to gain new Kidney Grilles that are massive and reminiscent of the brand-new BMW X3. Like the new X3, it seems the new X5 will have its headlights separate from the Kindey Grilles, as well. Typically, car companies shouldn’t move up in their lineups with design languages. Design language should trickle down from the most expensive cars to the least expensive cars, rather than vice versa. So conventional thinking would claim that the upcoming X5 borrowing from the X3 would be bad. However, the new X3 is so good looking, it’s actually a good thing.

The 8 Series, though, is the car you’re probably looking at. Even wearing camo, we can tell it’s going to be gorgeous. It’s so long, lean and low, with muscular rear haunches and a sharply pointed nose. Some enthusiasts claimed that the new 8 Series Concept, which the production car is said to share a lot with, looks almost like a BMW by Aston Martin. Considering how gorgeous the new Aston Martin Vantage is, that sentence itself gives us shivers.