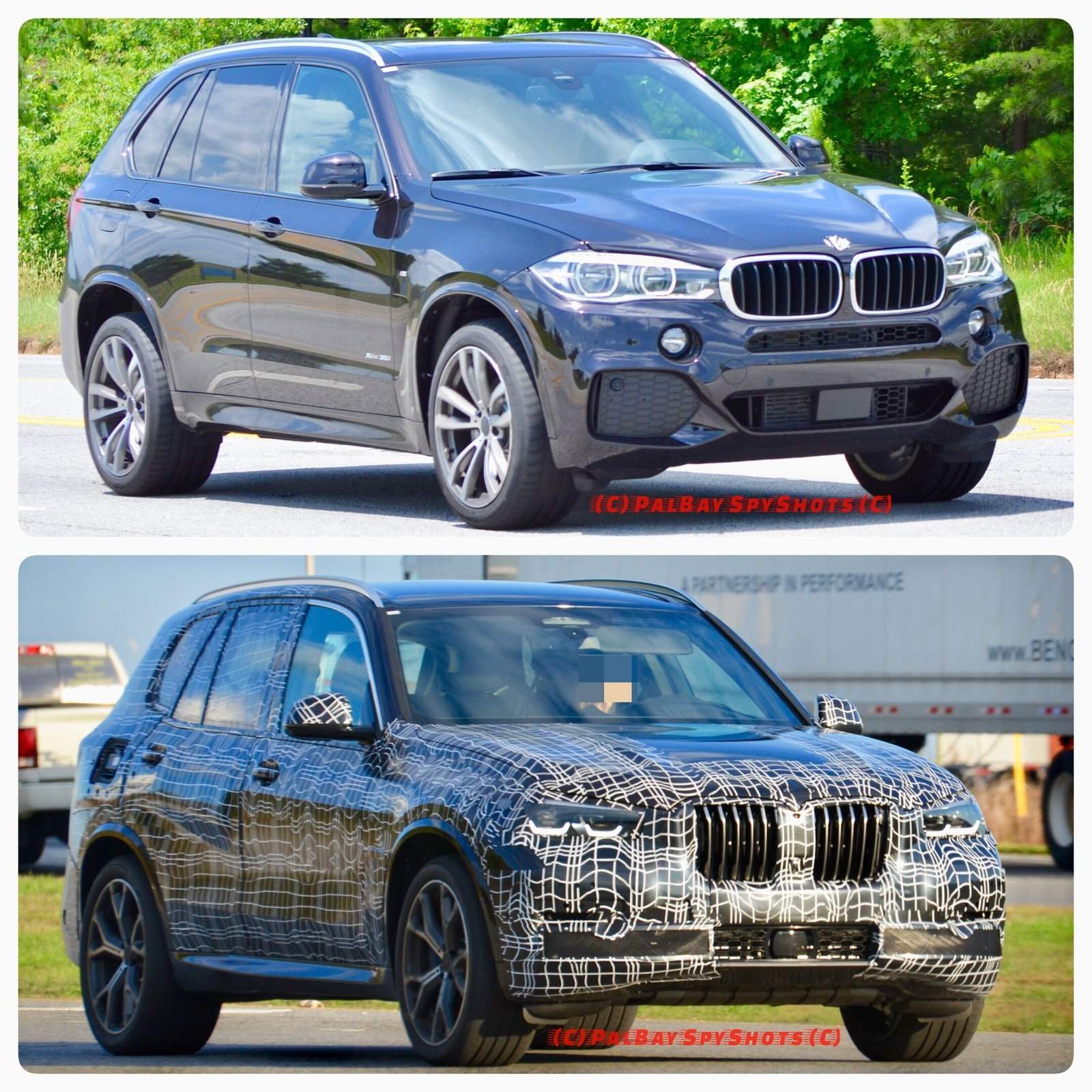 We just spoke about how the F80 BMW M3 feels like it’s aging faster than it is. However, the current F15 BMW X5 seems to be the exact opposite. Maybe it’s just us but the current X5 still feels fresh. It still looks great, has a lovely cabin and is really quite nice to drive. That doesn’t mean that BMW has gotten complacent, though, as it’s currently in development on a new generation.

Some new spy photos have emerged, showing off the upcoming G05-generation BMW X5 doing some testing in the wild. In these photos, the new G05 BMW X5 is compared to the current F15-generation. So let’s take a look. 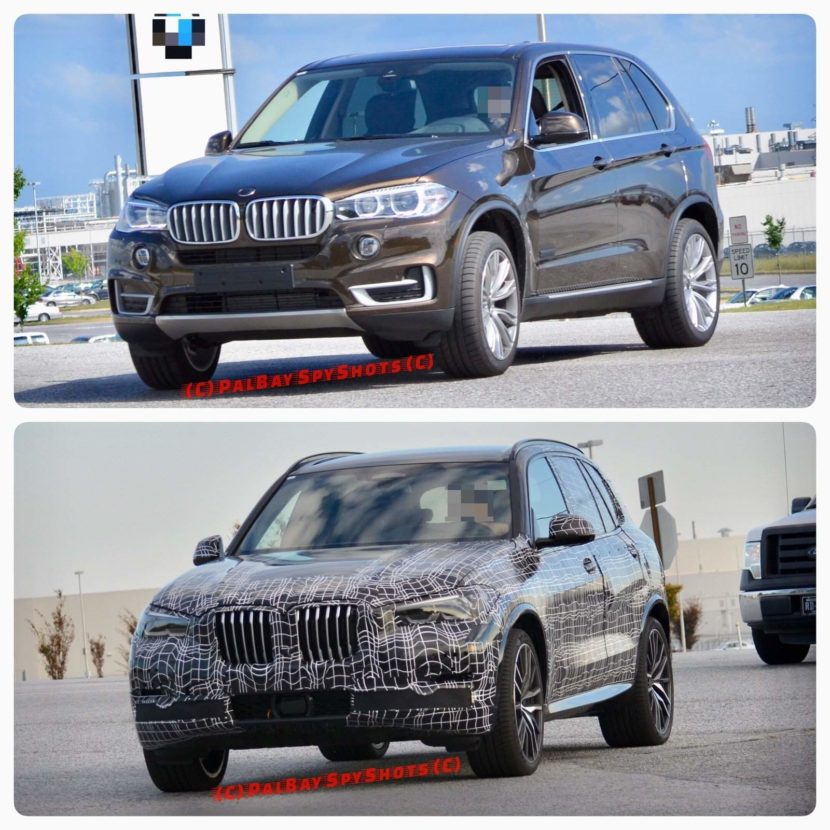 From the front, the upcoming G05 X5 is far different. The Kidney Grilles are much larger, especially vertically. They also stick out quite a bit, much like on the new X3. In fact, there’s a lot of the new X3’s design language found in the front of the new X5. Its headlights are chunkier than before, the foglights are now lower and the hood features two heavily creased lines, all similar to the new X3. That’s a good thing, though as the new BMW X3 is the best looking SUV in BMW’s lineup.

The headlights themselves are also different. Rather than the classic twin-circle setup, they seem more rectangular, though, they’re basically just the bottom portion of the rectangles. 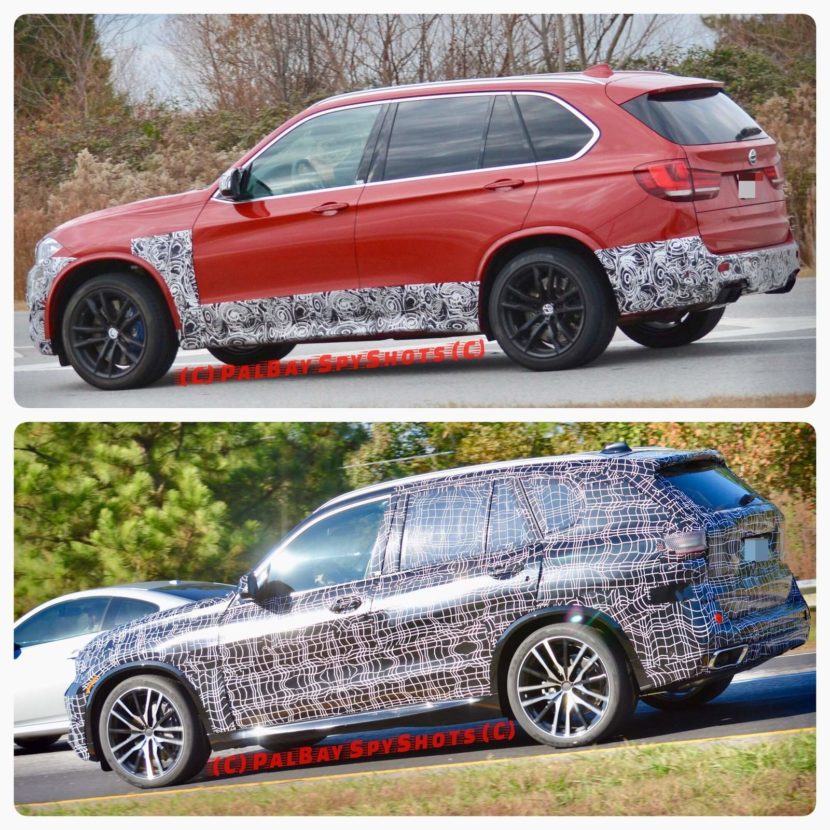 In profile, the new X3 is a bit more bubbly than the outgoing car, more rounded. Its shoulder line is less pronounced and so is the classic Hofmeister Kink. While that makes it look less muscular, it may look more handsome. We can’t really tell with the camouflage but the new X3 is a real looker so we’re optimistic.

Out back, the rear is again a bit more well rounded and the rear window actually seems a bit smaller. The taillights are a bit slimmer as well. 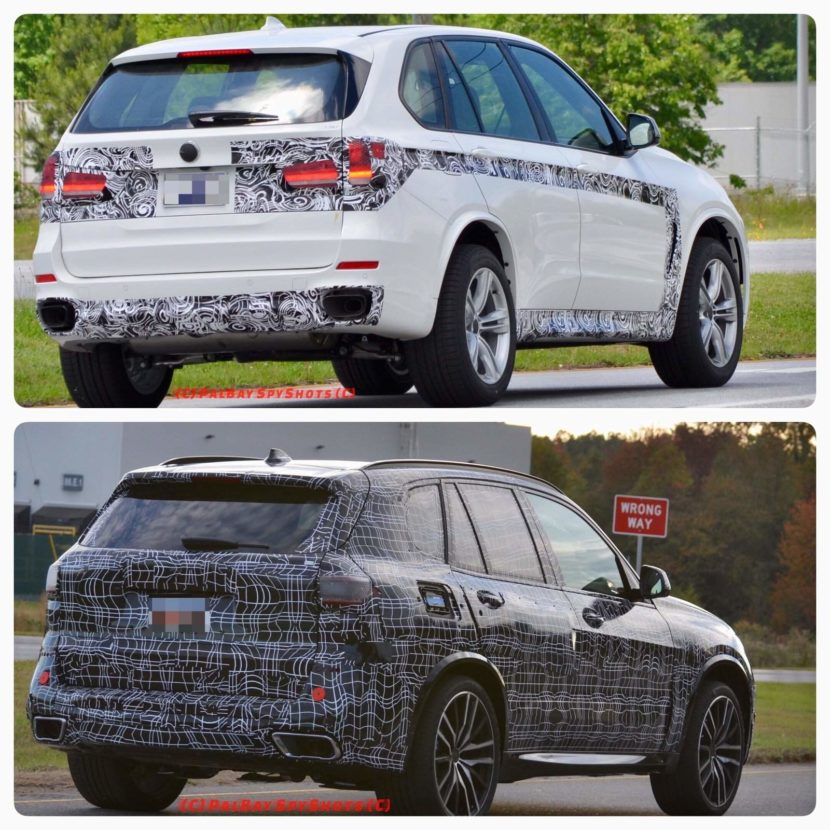 Debuting this coming Summer, the new BMW X5 will debut fresh looks, a new interior, tons of new tech and new engines all built on a new chassis. We’ve been incredibly impressed with the brand-new BMW X3 so we’re optimistic that the new X5 will be just as impressive of an improvement.