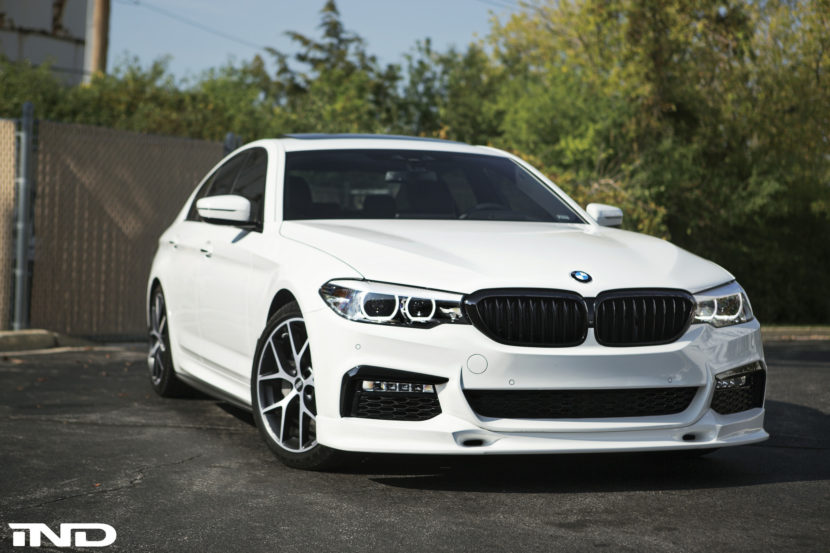 With the introduction of the BMW G30 5 Series, BMW stayed well within the traditionalist lines known to this model range. The new 5 Series is more of a natural evolution of the platform. You can safely say that this model range keeps well in touch with the F10 5 Series’ design language throughout its exterior. Yes, the lines of the G30 are far more refined and the vehicle looks modern,  but to some, BMW could have gone with more aggressive design cues.

Fortunately, unlike other brands like Audi and Mercedes-Benz, whose owners have historically been less keen on aftermarket modding to their cars, the BMW ownership base seems to be on the forefront of the aftermarket tuning scene. The same principle applies to the owner of this Alpine White BMW 530i M-Sport. 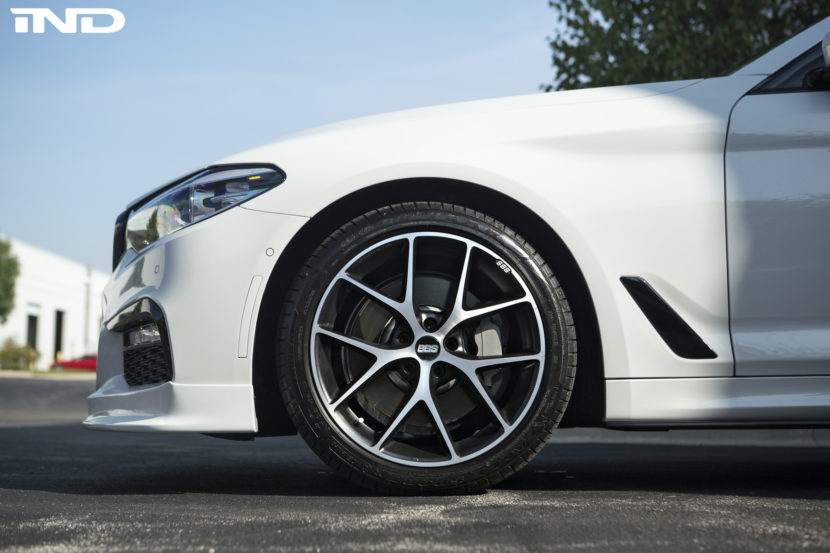 The owner took his vehicle to IND Distribution where the 5 Series received some fetching aftermarket modding, giving it that much needed aggressive look that the 5 Series should have had from the start. The build started off with the newly-released 3D design front lip and roof spoiler which added to the vehicle to complement the BMW M Performance side skirts and trunk spoiler. In turn, the overall exterior note is more aggressive and the added parts give this Alpine White BMW 530i a really appealing, aggressive look. 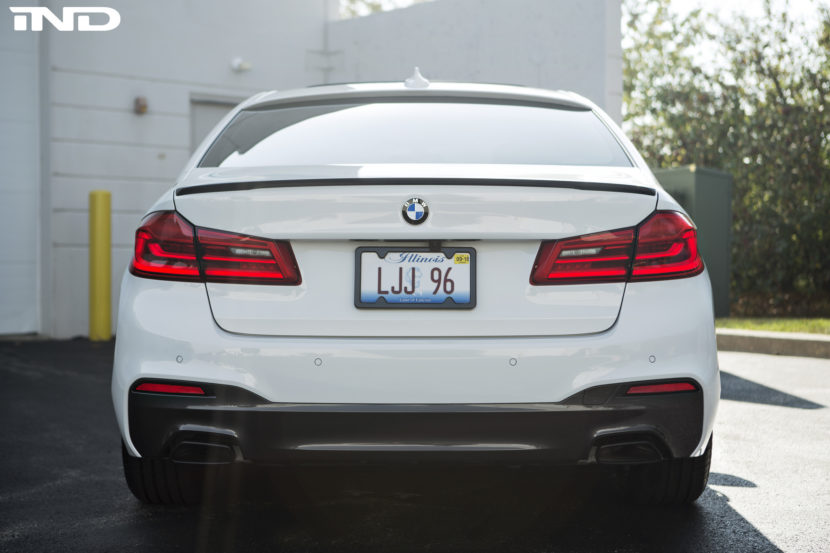 After these additions were done, the vehicle received some much needed small cosmetic touches. This is where the IND’s painted reflectors and BMW’s gloss black M Performance front grilles were added to the front fascia. Finally, a new set of wheels was installed.

The wheels that were chosen for this build come in form of the BBS SR wheels, sized 19×9.5 in the front and 19×11.5 in the rear, respectively. This appealing wheel design (style and price point) is a perfect addition to the 5 Series, giving it that perfect accentuating touch. This BBS SR is an excellent wheel for the street due to their durability and high-quality build. 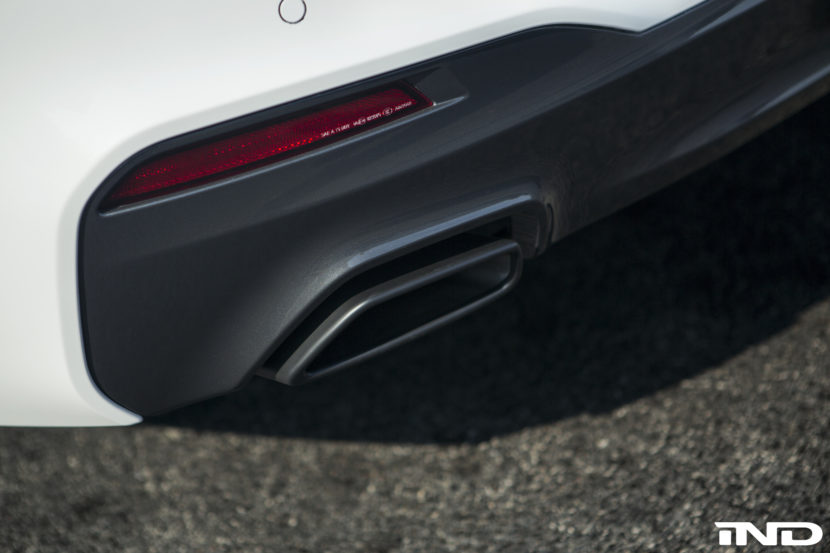