There’s less than year separating us from seeing the production BMW 8 Series in the metal and things are already starting to look good. While the world is focused on the imminent launch of the M8 GTE at the Frankfurt Motor Show, the engineers and designers are hard at work on the rest of the range. According to our sources, the new 8 Series will come with a host of new technologies on board, showing that BMW is not playing around.

Contrary to what many might’ve initially though when hearing about an 8 Series revival, it seems like BMW will be trying its best to make the car more sporty than comfortable. The Concept looks a bit smaller than the 6 Series to begin with which may point to a more track-prone approach in the first place. While that may sound peculiar at first, one of our trusted sources inside Munich claims that the upcoming 8 Series Coupe will come with a carbon fiber roof as standard on cars fitted with the M Sport package. That’s definitely a bold and expensive move aimed at reducing weight in all the right places, for an enhanced experience behind the wheel. 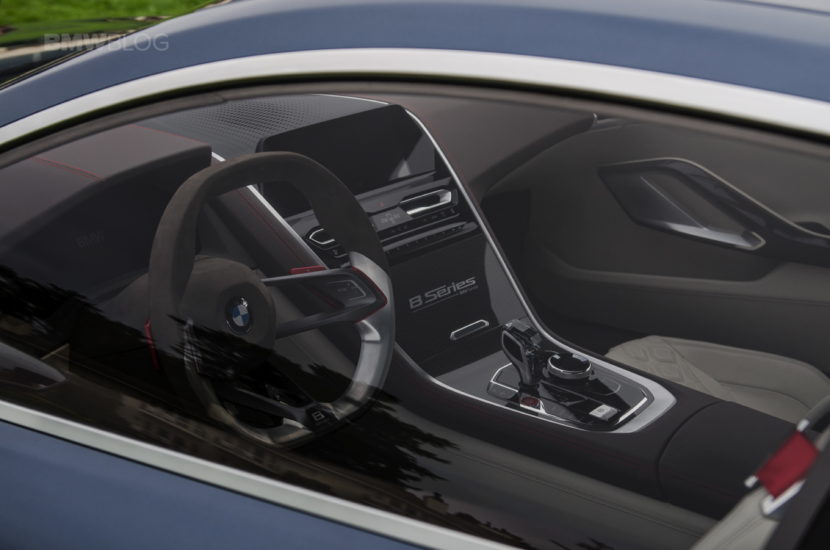 Furthermore, the new 8er will mark the introduction of a new instrument cluster. Just as you might’ve noticed, ever since the 8 Series Concept came out with a new take on digital gauges, all concepts coming after it showed the same design in the instrument cluster area. The Z4 Concept did it and now the X7 follows the same pattern. According to our sources, that’s not an accident as they will be getting this new cluster once they are launched.

As for the engines, the diesel mills will probably be used on the 8 Series basically unchanged, as this technology is on its way out. When it comes to petrol mills, the big news is that the N63 engine will live on but with even more upgrades. On the BMW 850i it will be making over 500 HP which is a considerable increase compared to the 462 HP the M550i has at the moment.