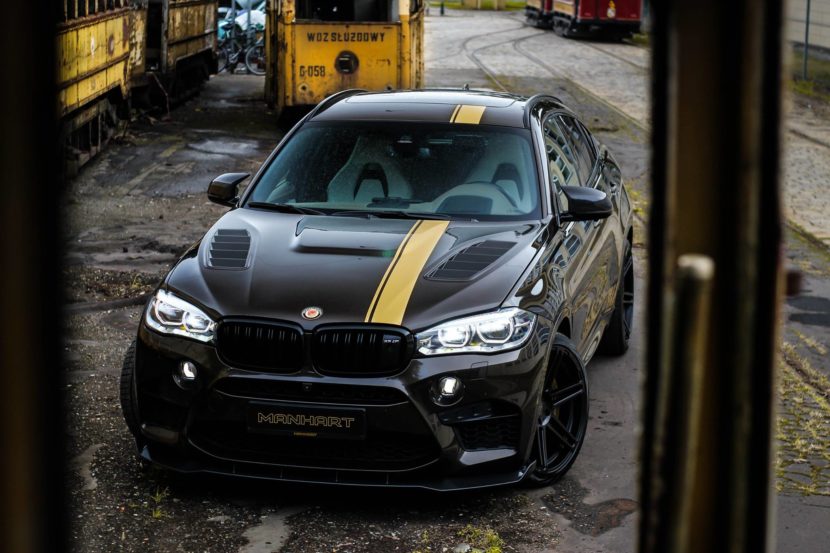 The BMW X6 M would be declared by many to be an uber-SUV even in stock guise. With its aggressive styling and massive amounts of power, seemingly capable of running down anything in its path, the BMW X6 M is without a doubt a force not to mess with. When a tuner like Manhart Performance gets involved though, things go to a whole new level with everything about the car reaching new heights, from the styling, to the power output.

Speaking of which, as the name suggests, this BMW MHX6 800 X6 M by Manhart now has no less than 823 PS and 1,100 Nm (811 lb-ft) of torque coming out of the same 4.4-liter twin-turbo V8 under the hood. With such figures, one has to wonder just what kind of magic the tuner did to make sure the gearbox doesn’t crack under the newfound pressure. Since the Sports Activity Coupe sends all of its power to all four wheels at the same time, this thing is probably a rocket on the road. 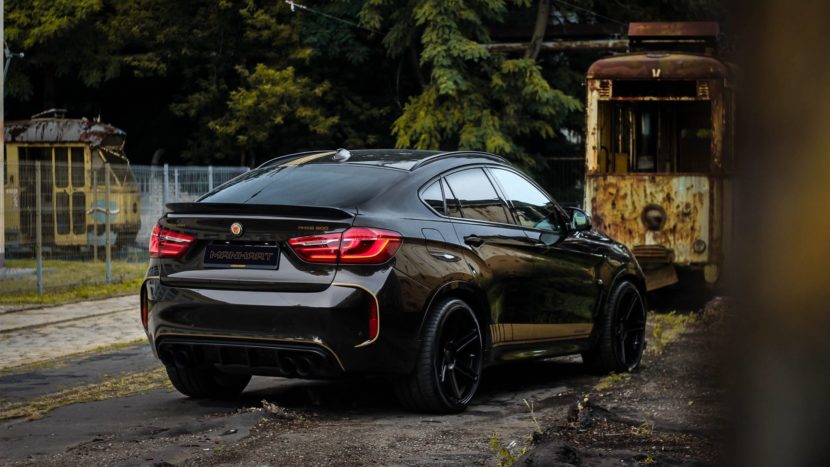 As far as visual changes go, the MHX6 800 received a new vented hood, new splitter attached to the front bumper, Manhart racing stripes going from the kidney grilles to the boot, a new spoiler for the rear hatch and golden accents on the sides. The rear bumper now houses a new diffuser encompassing the quad tailpipes of what we assume is a Manhart exhaust while the wheels have also been changed.

Inside the cabin we can notice the new Manhart badge replacing the blue and white roundel in the middle of the steering wheel while the dash now has an Awron gauge replacing one of the vents. That’s definitely going to come in handy as the working parameters of the car were surely changed and quite extensively so.