Video: MINI at the 2017 Goodwood Festival of Speed

Home » Video: MINI at the 2017 Goodwood Festival of Speed

At this year’s Goodwood Festival of Speed, MINI was well represented, even bringing out the company’s first plug-in hybrid to take on the event’s famous uphill climb. Represented by brand ambassador Charlie Butler-Henderson, MINI displayed the latest offerings in its stable at the moment.

MINI showcased its youngest model line-up ever at this year’s Goodwood Festival of Speed, including the brand’s first ever plug in hybrid model, the new Countryman PHEV, which was taken up the hill in a hurry by Charlie. Powered by a drivetrain similar to the one fitted on the BMW i8, it uses a 3-cylinder 1.5-liter turbocharged engine for the front axle while the rear is powered by an electric motor. 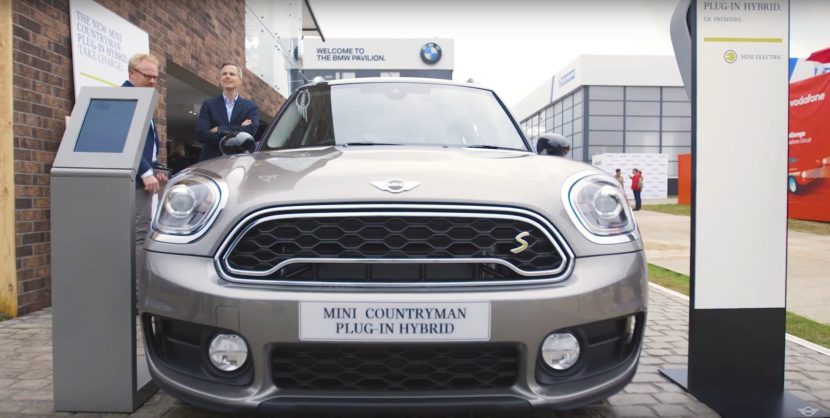 Together they deliver a JCW rivaling 224 HP and considerably more torque than the John Cooper Works model at 385 Nm (284 lb-ft), reaching 62 mph from standstill in 6.8 seconds. The Cooper S E ALL4 Countryman is also, as the name points out, an all-wheel drive car which can become RWD when driven in EV mode.

For those looking for some respite during a jam packed weekend of racing, the MINI stand offered an opportunity to relax and have a picnic away from the crowds. That’s where guests were able to see the new AUTOHOME roof tent in real life, an option specially designed for the Countryman.

Other cars on display included the new Clubman JCW as well as the MINI Challenge race car. The race car arrived straight from competing in the MINI Challenge race series, one of Europe’s fastest-growing single-make racing championships following its promotion to the British GT race package for 2017. 2015’s championship winner and MINI UK ambassador, Charlie Butler-Henderson was available for interviews and autographs and he’s also the one talking to us about Goodwood in the video posted below.