How does the new Audi RS5 compare with the BMW M4 Competition Package?

Home » How does the new Audi RS5 compare with the BMW M4 Competition Package? 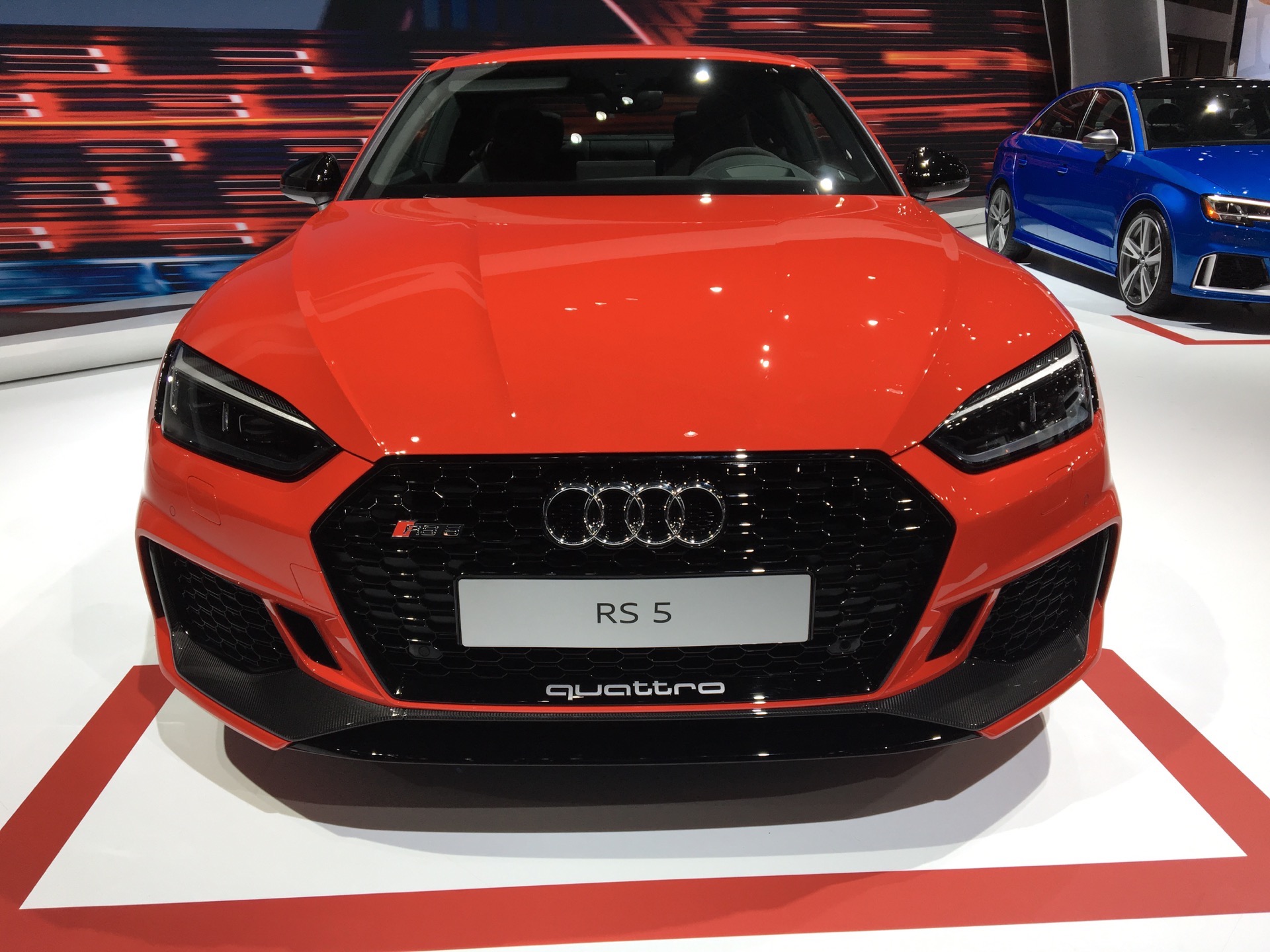 When we first heard saw the current-gen Audi S5, we were impressed at how well it blended daily driving comfort with some real-deal sports car performance. While it’s not the sharpest tool on the road, it’s certainly fun. But you can tell Audi intentionally dialed in a bit more comfort than it had in recent generations. So we thought that the brand was saving the hardcore performance for the more expensive, more powerful Audi RS5. We thought the RS5 would be a fire-spitting monster. Turns out, though, that it’s not as we expected.

Top Gear has recently sampled the new Audi RS5 and it’s very different that even they had expected. Despite being far more powerful, it’s not really that much more aggressive than the cheaper S5 Coupe. It’s lighter than the old car and lighter than even the S5. It’s built on a new, sharper platform and packs a monstrous torque wallop.

Yet, despite that, it’s just not that much more exciting. It’s damn fast, don’t get me wrong, and no one is doubting its performance. But close your eyes and you might think you’re just driving an S5 on a good day.

Under the hood of the new Audi RS5 lies a 2.9 liter twin-turbo V6 that makes a very healthy 444 hp and 442 lb-ft of torque. Those figures make it just about tied with the BMW M4 Competition Package. However, its performance figures are right there with all of them. From 0-60 mph, the RS5 takes 3.9 seconds, says Audi.

It should also do 0-100 mph in about 8 seconds, which is properly quick. It’s also exactly as fast to 60 mph as the M4 Competition Package, so getting these two together will be fun. Though, expect the RS5 to be a bit easier to consistently be fast with, as its Quattro grip will make it a bit easier. So performance isn’t the main issue with the performance.

The issues are with its steering and its suspension. First, though, the steering. If you can option it, don’t get the Dynamic Steering system. It’s completely variable and changes its ratio based on a zillion different factors, making it unpredictable and unnerving. The standard setup might not feel as smooth or as comfortable but it’s more predictable and better suited for sporty driving.

Next up, the suspension is almost too soft. In Comfort mode, it borders on supple. While that’s fantastic for a luxury car or GT car, you want firmer, more dynamic suspension in an Audi RS5. While this sort of complaint has been thrown at the current-gen BMW M3/M4, it’s still definitely a performance car first, with GT capabilities second.

Now, none of this is an issue if you change your expectations and outlook on the car as a whole. If you don’t imagine it as a heart-pumping, manic sports car and more of a fast, capable grand touring car, it starts to make a lot more sense. It’s brutally fast, looks fantastic, has a great cabin that’s so nice it borders on luxury rather than sport and it’s even quite comfortable. It’s capable in corners and has loads of grip, so we bet it’s very fast around race tracks. However, it never seems like it wants to be pushed. Though, if that’s not what you’re expecting, then it’s great.

What the Audi RS5 also has going for it is its all-wheel drive. While most of its other competitors make do with just rear-wheel drive, the RS5 uses Audi’s Quattro and can be violently quick in any conditions, on any road surface, any time of year. So in a way, it is designed to be more of an everyday sports car, rather than a crazy, hardcore, track-oriented monster, like its competitors. If you look at it through that lens, it starts to make a lot more sense.

It’s just not what we expected and it’s quite a bit different than the M4 Competition Package. While the M4 Comp Pack is comfortable enough to live with everyday, it’s certainly more compromised in the name of performance than the RS5. So if you want something with a harder edge, go with the Munich-based Bavarian. If you want something a bit softer and a bit more usable in bad weather, go Ingolstadt.