The guys from Vehicle Virgins took a Rolls-Royce Dawn out for a quick review the other day and they put together a short video showcasing what they consider to be some outlandish features of the Rolls-Royce Dawn.

Number one on their list is the fact that you can’t actually steal the Spirit of Ecstasy figurine mounted on the forefront of the car. Because so many people desired it and tended to steal it for rather obvious reasons, the people over at Rolls-Royce decided to do something about it. Their solution? The badge retracts inside the car’s Pantheon grille if you pull on it too hard, making it rather impossible to steal. As we said, this is a well known fact, not all that ‘insane’ to begin with. It’s not the same with number two on the list: the retractable roof. 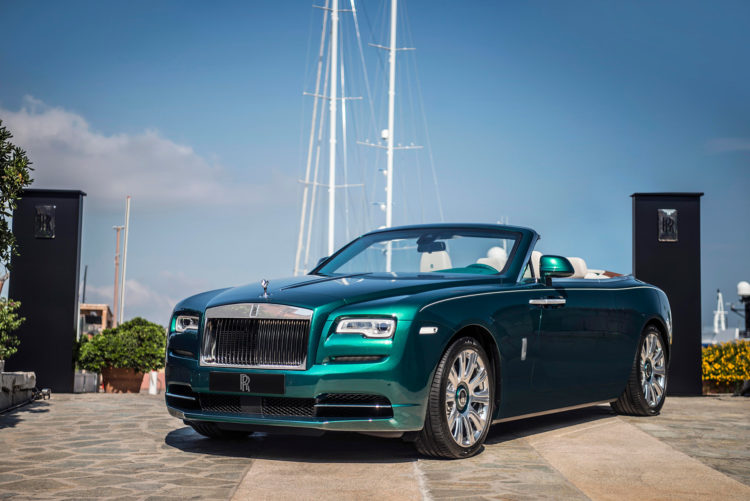 The Dawn is a brand new model, but since it is a Rolls-Royce, even with the textile roof it comes with, it has to offer a serene experience inside. That’s why the retractable roof of this car is the quietest ever mounted on a convertible ever. The people over in Goodwood wanted to make sure your conversation doesn’t get interrupted while raising or stowing away the roof, and that’s why the electric motor doing all the work was encompassed in sound deadening, to make sure everything is as quiet as a church mouse. Sure, it does take a long time for the operation to be done but you can do it at speeds up to 31 mph which is a lot by any standard.

Number three on the list is actually a well known fact: every Rolls-Royce comes with umbrellas in the doors. And while Parker claims those umbrellas will rarely be used, he definitely doesn’t know why they were included in the doors in the first place, as he probably never went to England. Yes, in the UK rain happens to ruin your day more often than not and that’s the real reason why Rolls-Royce cars come with umbrellas. It has more to do with the place where the cars are made rather than anything else. We will let you discover the last two ‘insane’ features of the Dawn, by watching the video posted below.