The Rolls-Royce Dawn has been launched with a number of superlatives thrown throughout the press release. While some rushed to call it all just marketing talk, Rolls-Royce was unfazed and kept going, knowing exactly what they came up with. The drop top is now unanimously considered the best car you can get with a retractable roof and the guys from Vehicle Virgins definitely don’t have any complaints about that.

However, during their time with the car, the price did come up, as it often does. And while for the people who can actually afford such land yachts that’s not something they lose sleep over, for mere mortals like you and I, the pecuniary side of things does usually pose a problem. If you’re thinking that the starting price of the Dawn – $341,000 – is something dreams are made of, you should know that the car in the video below has had some optional features added to it, rising the total cost to $408,000. 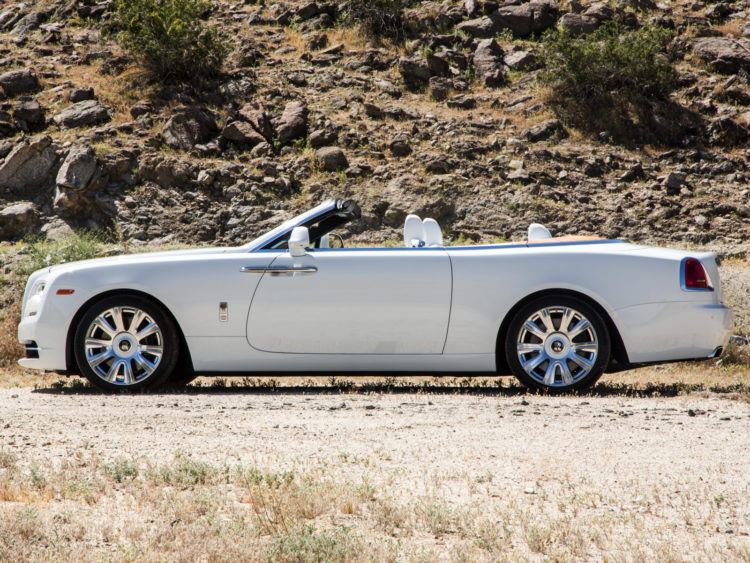 How come? Well, considering the Spirit of Ecstasy at the top of the Pantheon grille up front costs $7,800 alone, it’s easy to see how you can lose track of every expensive item on this Rolls. The Driver Assistance package added another $11,000 for things line lane change assistant and adaptive cruise control. Would you prefer wood trims going around the entire cabin? That’s going to set you back over $20,000 and that’s how you end up spending as much as on a house, for a car.

Truth be told though, the people who can afford such luxobarges are not concerned with how much they actually cost. Considering what Rolls-Royce is saying about its customers and how rich they are, half a million dollars is just a drop in a rather generous bucket. And with the Dawn definitely being the most beautiful car in the current Rolls-Royce line-up, it’s easy to see how a billionaire would end up impulse buying one. We certainly would understand.