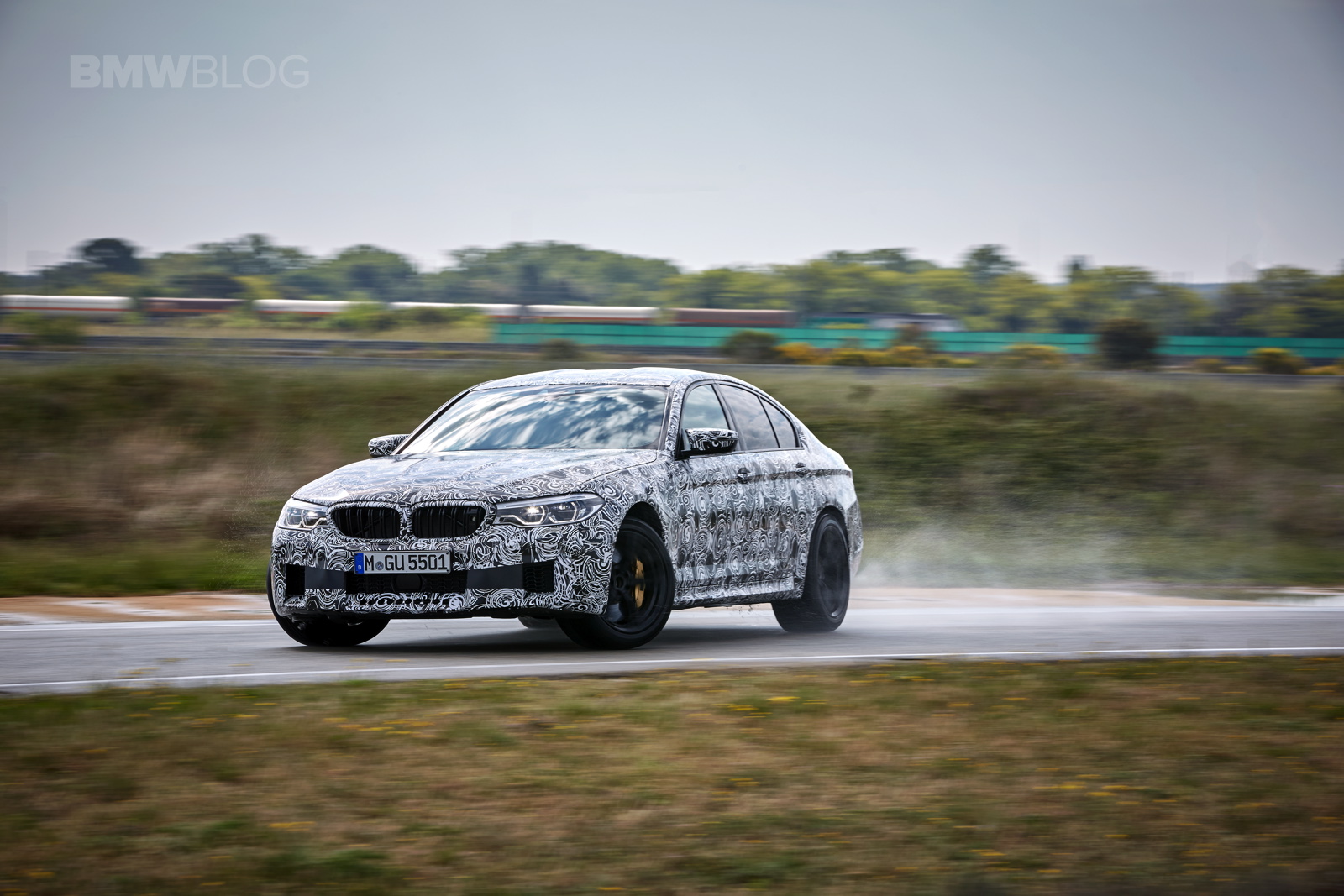 Yesterday, the interwebs received a bit of a bombshell, as the embargo for most journalists’ pre-production BMW M5 test drives lifted and the information flood gates opened. Now we know almost everything we need to know about the upcoming BMW F90 M5. While we don’t have absolutely exact power figures, we have a really good guess and we know about how fast it is. So why don’t we do a bit of a comparison, of just the specs that we know of, between the F90 M5 and its main rival, the Mercedes-AMG E63 S.

At the moment, the Mercedes-AMG E63 S just might be the baddest, meanest and angriest four-door super sedan on the market. It packs a 4.0 liter twin-turbocharged V8 that, in “S” trim, makes a whopping 603 hp and 627 lb-ft of torque. All of that fury is sent through a Mercedes-derived nine-speed automatic gearbox to all four wheels. The 4Matic all-wheel drive system on this new E63 differs greatly from that of the last one. Whereas the previous car had a fixed torque split, 70/30 rear/front, this new car’s setup is infinitely variable and will send most of its power to the rears under most circumstances. Though, it can send power to the front wheels on corner exit, to sort of trim the line and make things a bit neater if the back end gets out of place. There’s also an obnoxiously-named Drift Mode that allows the rear wheels get 100 percent of the power, so as to smoke the rear tires and slide about.

By comparison, the BMW F90 M5 also gets a twin-turbocharged V8, a 4.4 liter unit, that makes over 600 hp. While we don’t know exactly how much power, we’ve heard whispers of 607, 615 and even just a flat 600. We’ll see when it finally debuts at the Frankfurt Motor Show in September, but either way it’s going to be extremely competitive with the AMG. As far as torque is concerned, the F90 M5 is said to make around 516 lb-ft, which is significantly lower than the 627 lb-ft of the AMG. Though, the F90 M5 is also significantly lighter, so it has that to even things out a bit. The BMW, much like the AMG, has a variable all-wheel drive system that splits torque between the front and rear wheels as needed. Also like the AMG, the all-wheel drive system can be switched off and become solely rear-wheel drive, though it doesn’t need a corny Drift Mode to do so. It can just be switched to rear-wheel drive for any amount of time and for any driving.

As for performance, both cars are blisteringly quick. Mercedes-AMG quotes the E63 S at 0-60 mph in 3.3 seconds, which is damn fast. That’s Porsche 911 Carrera 4S fast in a luxurious four-door sedan with a big trunk. That’s brutal speed. However, BMW claims that the F90 M5 is capable of the same sprint in “under 3.5 seconds” and is mum on the exact figures. We’re going to guess that the exact figure is claimed at 3.3 seconds, so as to not be outdone by AMG on paper. Though, we also suspect both cars might actually be a tick or two quicker than their claimed times say. All of that power, clever launch control systems, snappy gearboxes and all-wheel drive? Yea, these are gonna be fast cars. 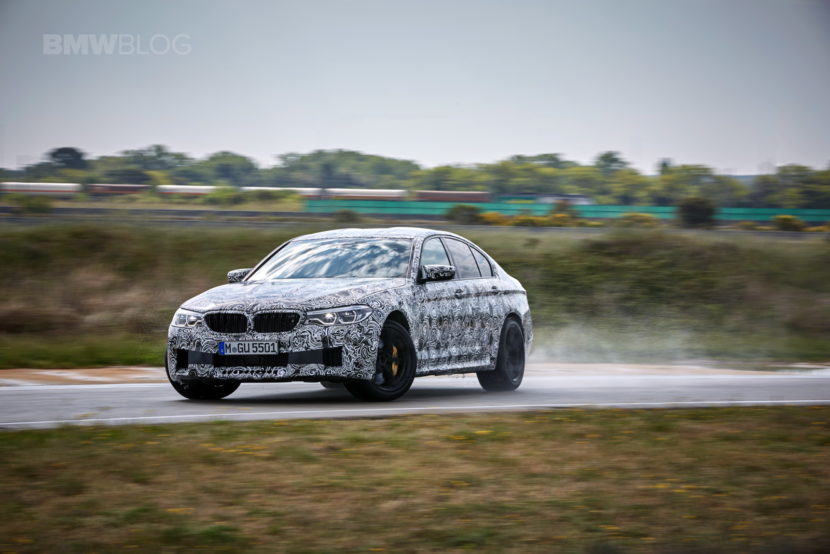 We’ve driven neither, obviously, but we will be doing some test drives of the new M5 this fall. But because we haven’t driven either, we’re not going to comment on which is better. We’re only presenting the specs, facts and claimed performance figures. Though we can say something definitive about both cars and it’s that both are flipping awesome. It doesn’t matter which brand you like more, how can you not love a 600 hp-plus four-door sedan that can embarrass super cars from just a few years ago? Just for the sake of comparison, the 2010 Audi R8 V10 took 3.7 seconds to get to 60 mph. These two sedans are both faster while being lined with more leather, metal and alcantara, can seat four adults in supreme luxury and have enough trunk space to carry most luggage. Who cares about which emblem is on the hood, these cars are awesome.