The more history a company has, the harder it is for it to reinvent itself. Think of the scandal that seemed to take over the internet when the original Porsche Cayenne was launched and you’ll see what I mean. It appears as if the MINI brand will have to go through the same growing pains as it tries to change the way it does business and the cars it’s launching, starting with the 2017 MINI Countryman.

Ever since the first photo of the new model reached the inter-webs people have been complaining about how big it got. Then the official press release came and the actual measurements of the thing must’ve made some people gag if we’re to believe their reactions posted online. However, according to the British brand, that’s what people have been asking and we can’t really object to that claim.

The SUV segment has been growing steadily and quite vigorously lately despite the overall auto industry’s trend to slightly shrink. Overall, during the first quarter of 2017 for example, car sales have been dropping by up to 5 percent but the SUV and truck sales have been growing in some places by even double-digit margins. Will this last? Hard to say, but the truth of the matter is, a lot of manufacturers have to bet on the SUV in order to stay competitive at the moment. 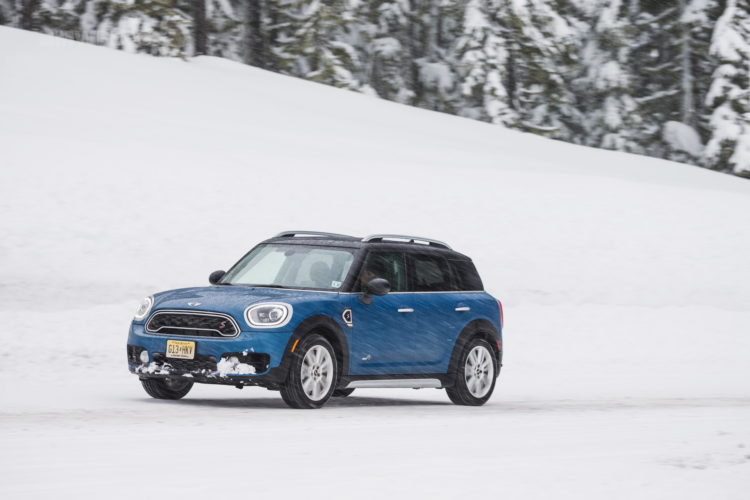 MINI on the other hand, had been planning a bigger version of the Countryman for a while. This is part of their five superhero model line-up project that wants to remove cars that don’t sell from the production line and replace them with more popular alternatives. And since customers and fans of the brand have been asking for the same chic attitude with more practicality, the Countryman is here to provide just that.

According to Consumer Reports, in the short review posted below, the Countryman sticks to its origins. This may very well be the first review where the car isn’t bashed all out for its size and instead praised for managing to keep its character intact and that’s exactly what the Oxford-based company was going for. The 2-liter engine of the Cooper S and the overall handling of the entire package are also praised as being peppy and just as you’d expect from a bigger MINI. But don’t take it from us, check out the full take on the car by clicking play after the jump.