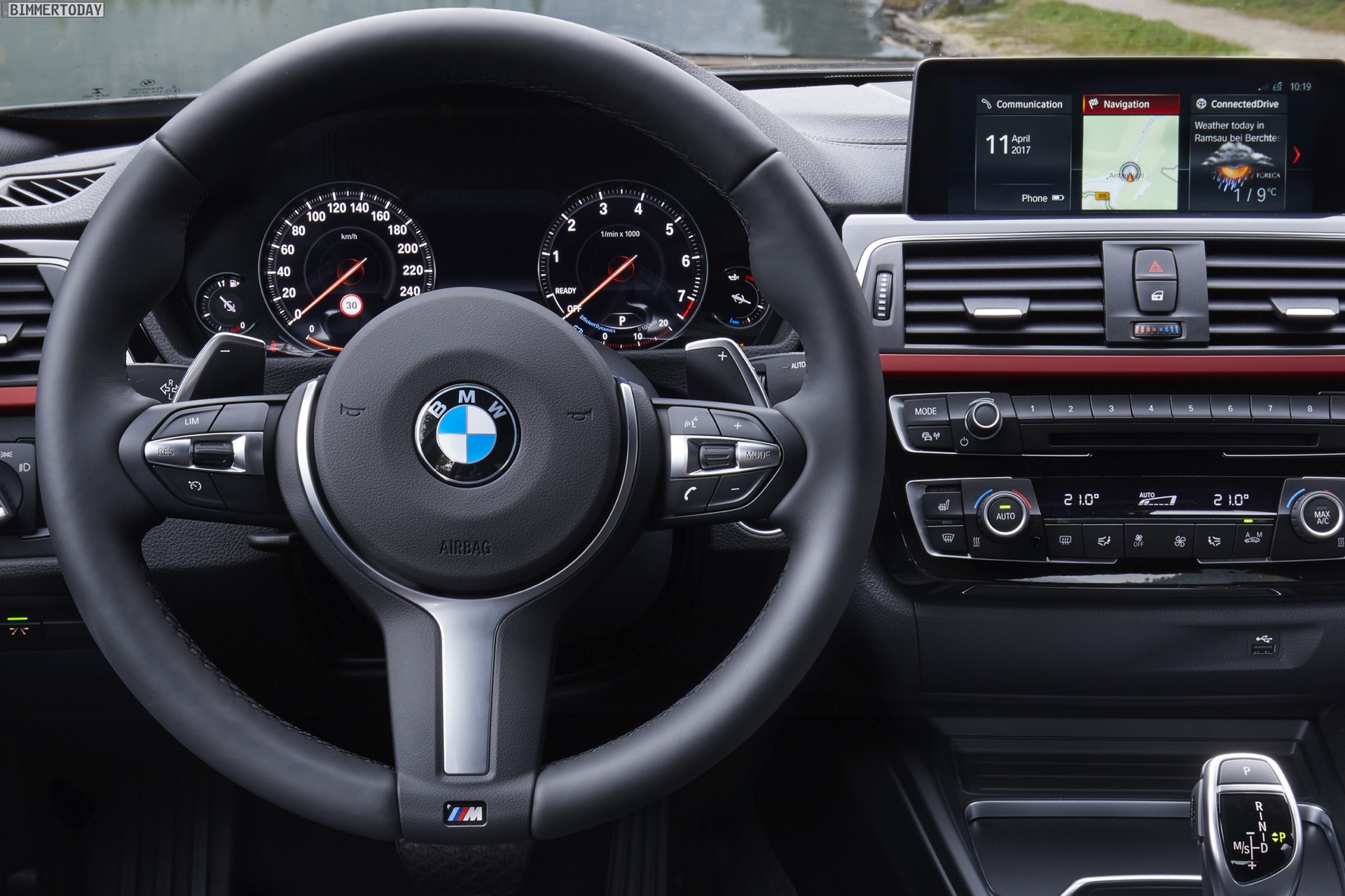 Much has been said about Audi’s Virtual Cockpit display. The folks in Ingolstadt replaced their typical gauge clusters with a fully high-definition screen that can provide a wealth of different information and various different views. Having used it before, we can tell you that it works wonderfully and looks great. The best part about it is that it’s available on every Audi model now, not just high-end ones. By comparison, BMW’s 3 Series and 4 Series are starting to look a bit dated on the inside by comparison. So BMW has given both of those models an upgrade in the tech department, giving them the latest version of iDrive and a new Multifunction Instrument Display.

In the new 3 Series and 4 Series, the new Multifunction Instrument Display (MFID) will replace the typical gauge cluster that fans are used to seeing from BMW. So instead of the physical speedometer and tachometer, there will be a single high-def display that can vary depending on mode, while also displaying a breadth of information. 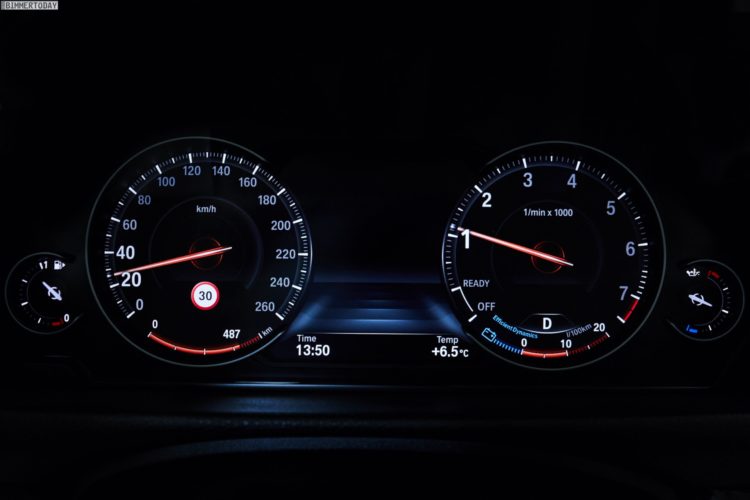 When you first start the car, it will default to Comfort mode, as all BMWs do. In Comfort mode, the MFID will display a digital variant of BMW’s typical gauges. So a speedo on the left and tach on the right, a setup you’ll be used to if you’ve driven a new 5 Series or 7 Series. In between them is a small information display that will provide all other necessary info, such as navigation. As you cycle through modes, the display will change. So in Sport mode, the gauges turn red, the speedometer turns digital and the tach displays the current gear. It’s all very crisp and clear, allowing for easy reading while driving quickly. In ECO Pro mode, the color scheme turns blue and the traditional looking speedo is limited to 120 km/h (75 mph), while the tach turns into an efficiency gauge. It’s another display you’d recognize if you’ve ever driven any other BMW hybrid.

This new MFID coincides with the Head-Up Display and iDrive screen, giving the driver a very easy way to read and receive all necessary information while driving quickly. It also looks great, with crisp, clear graphics that push the 3 Series and 4 Series closer to the technology of the new Audi A4/A5. 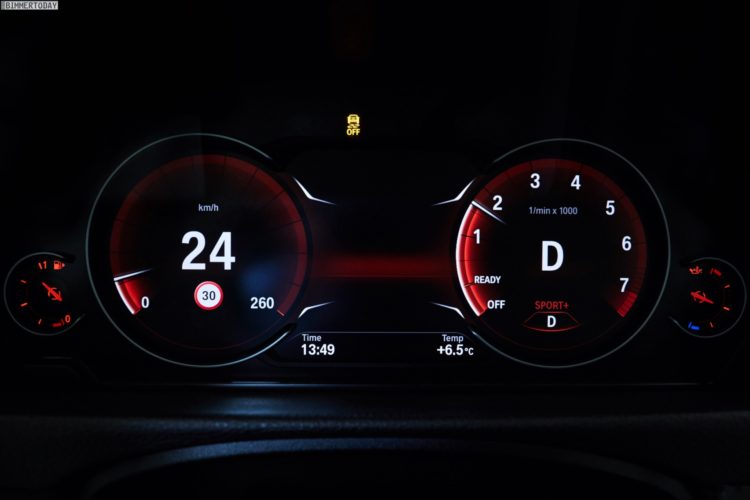 In Europe, the MFID is an optional extra that costs around €390 but must be purchased on top of the upgraded Professional Navigation System. 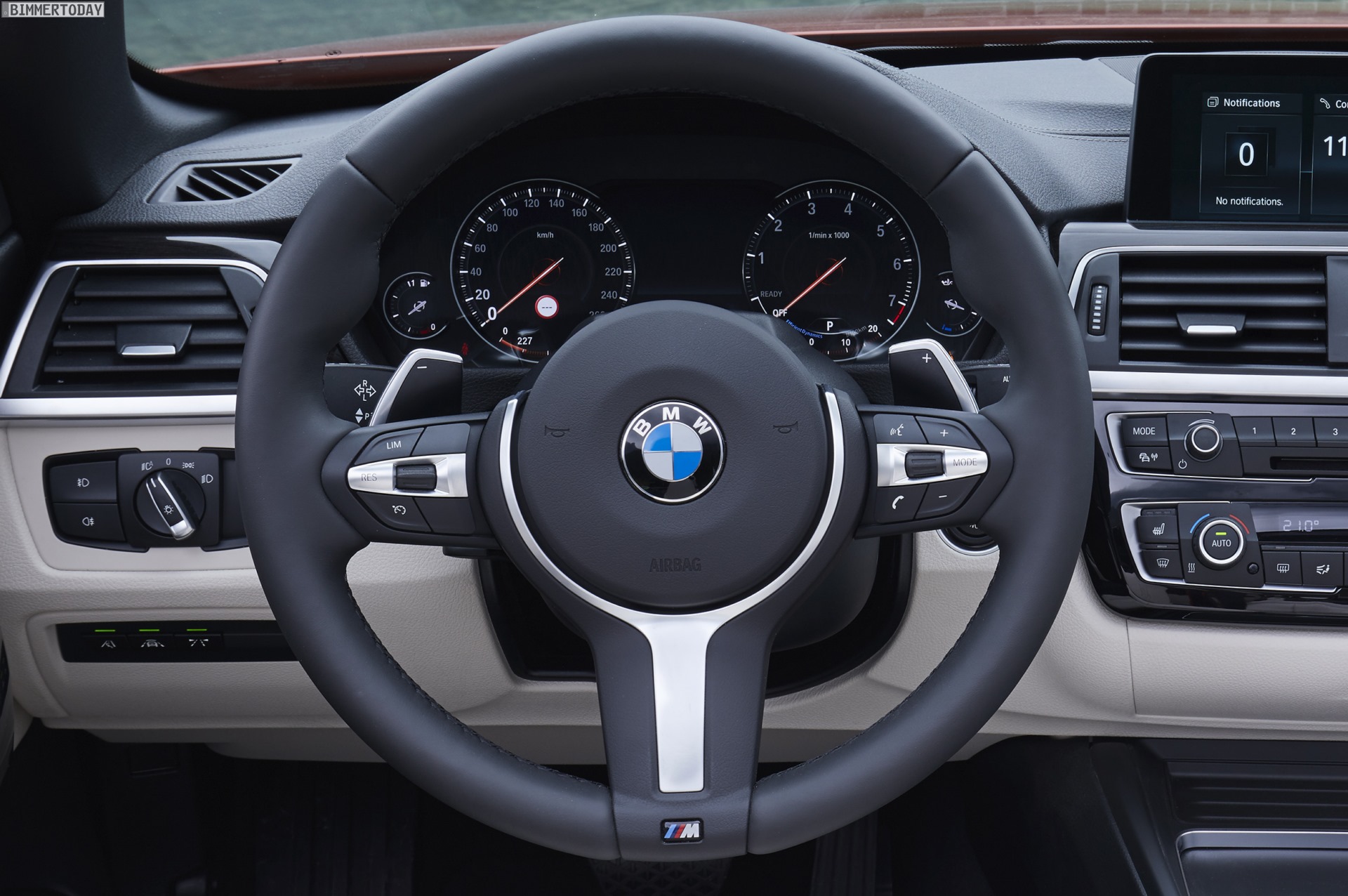 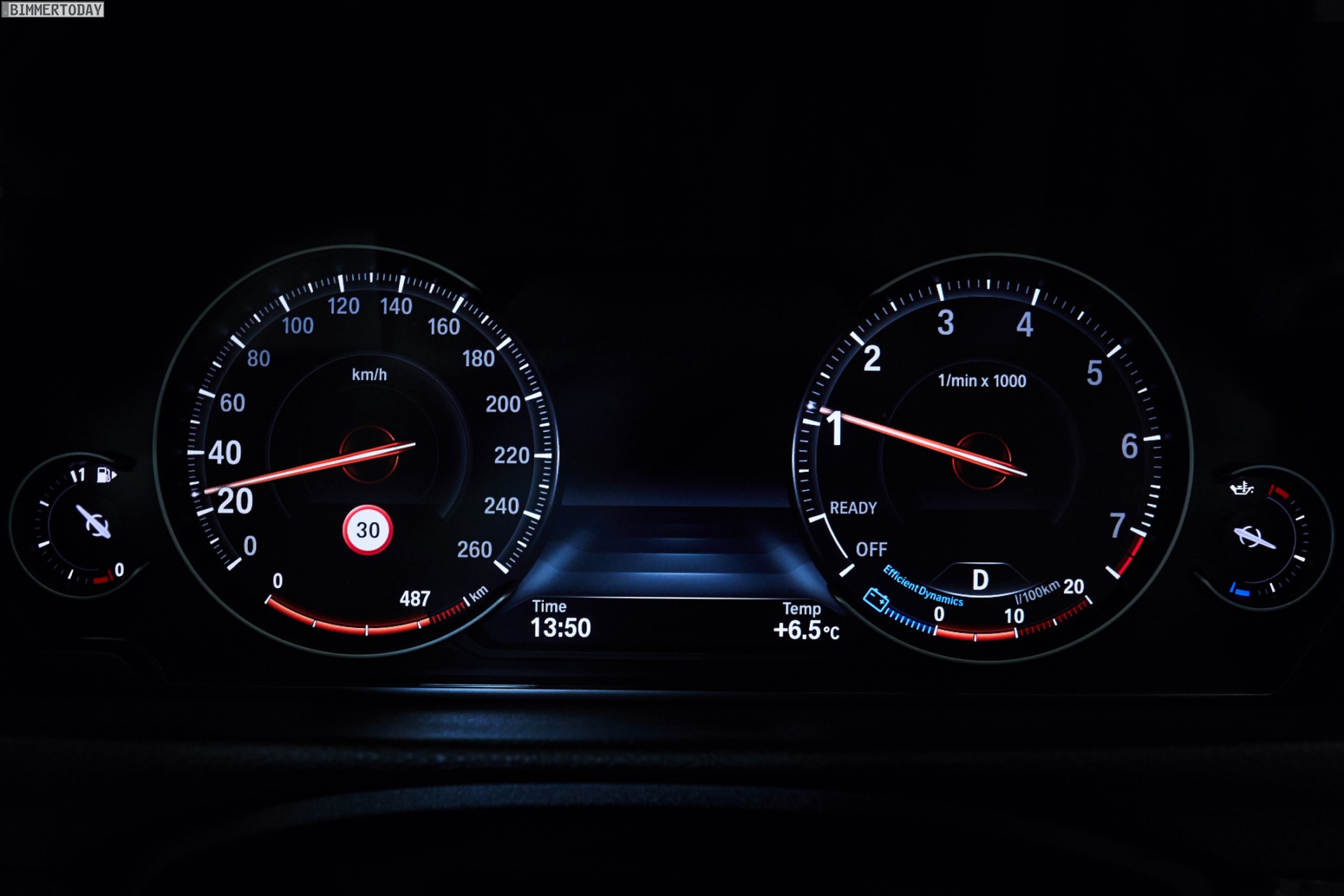 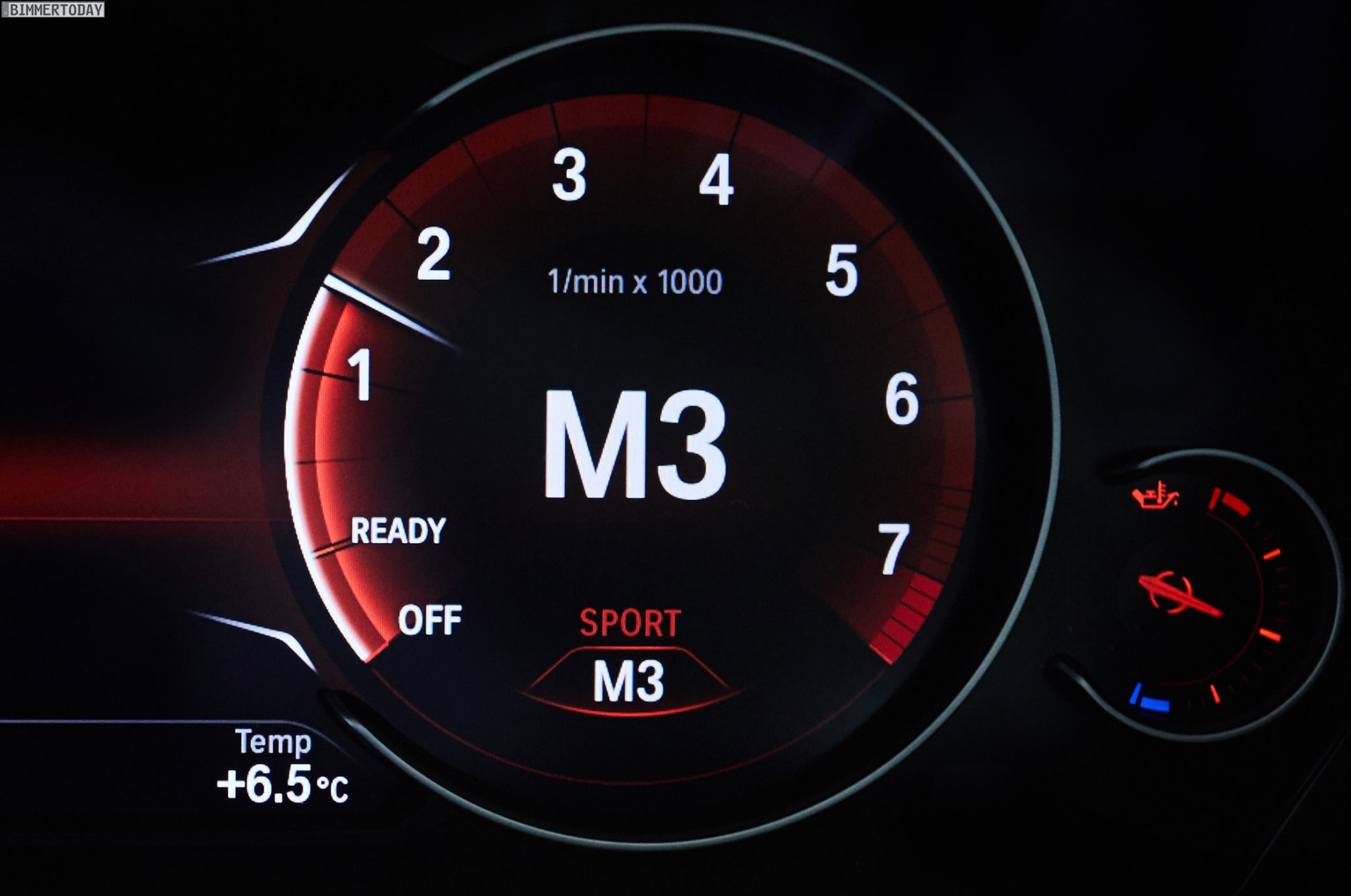 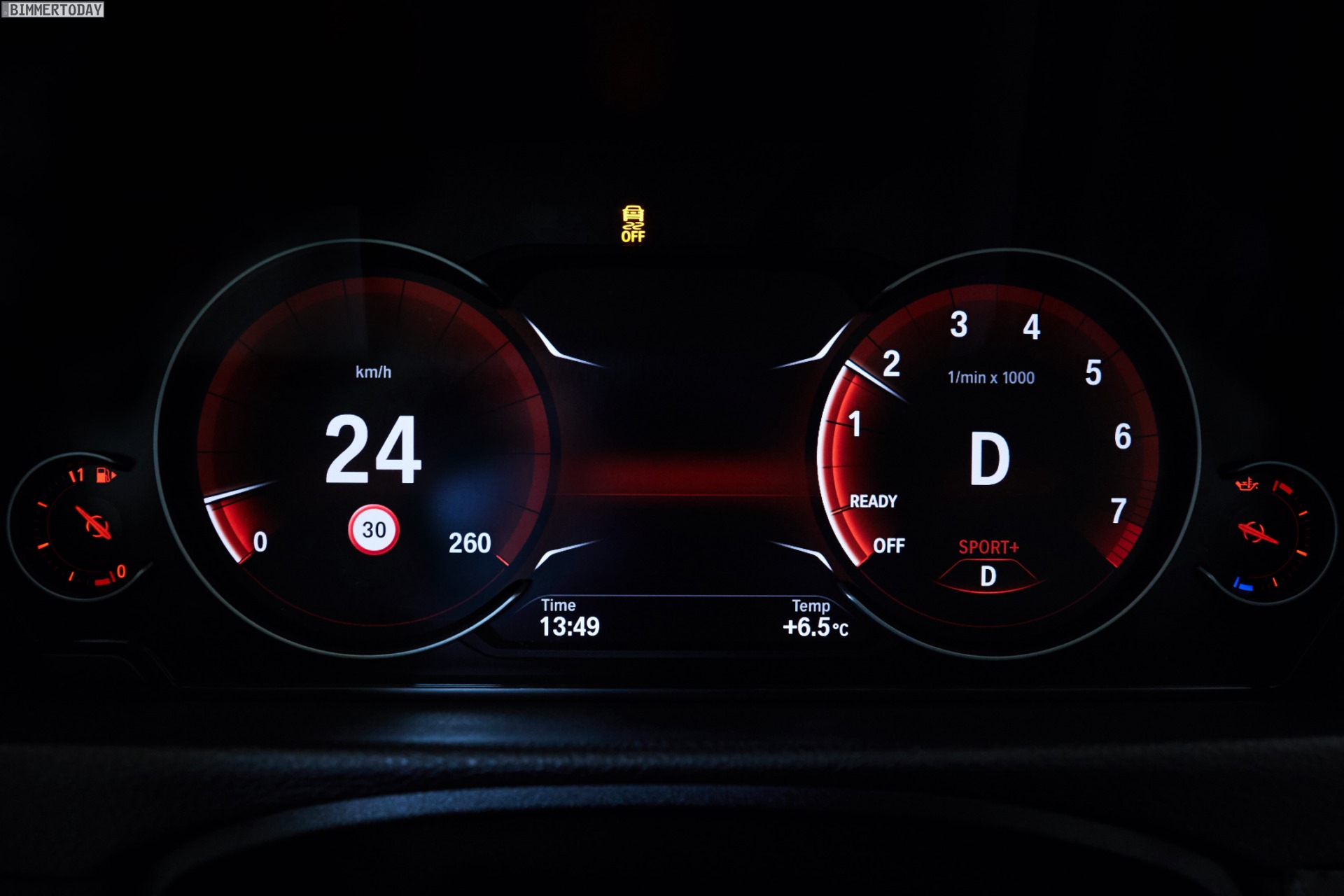 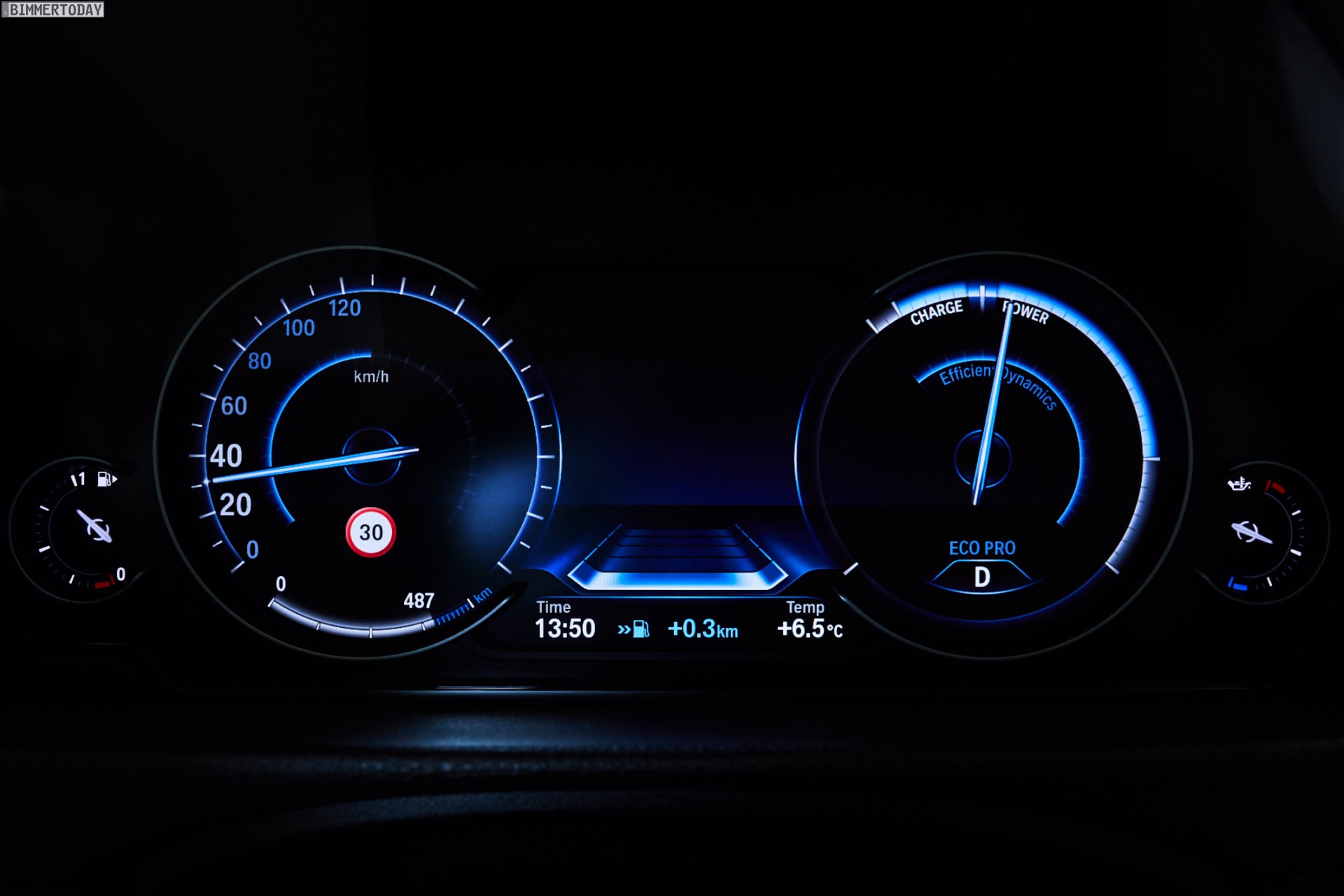 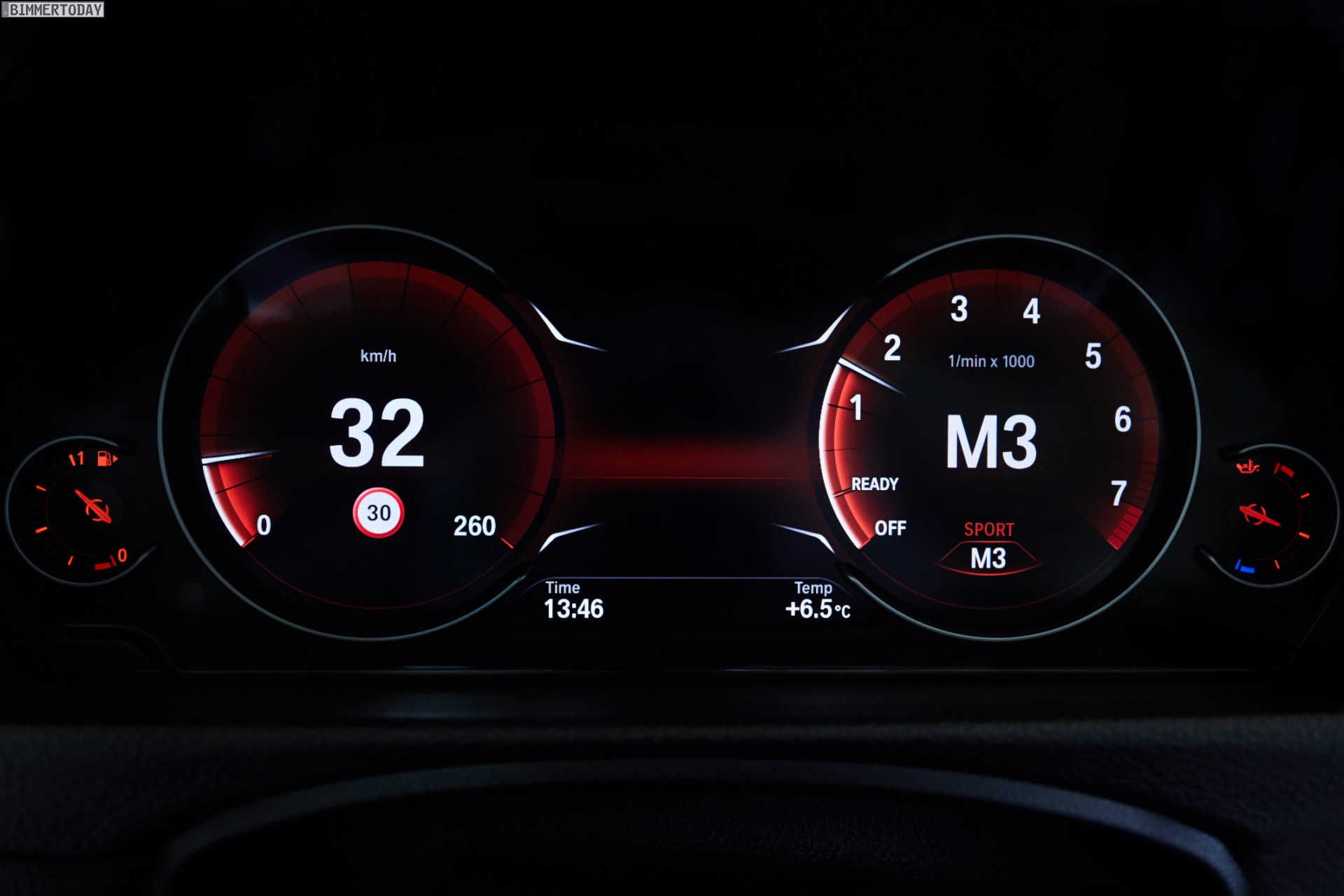