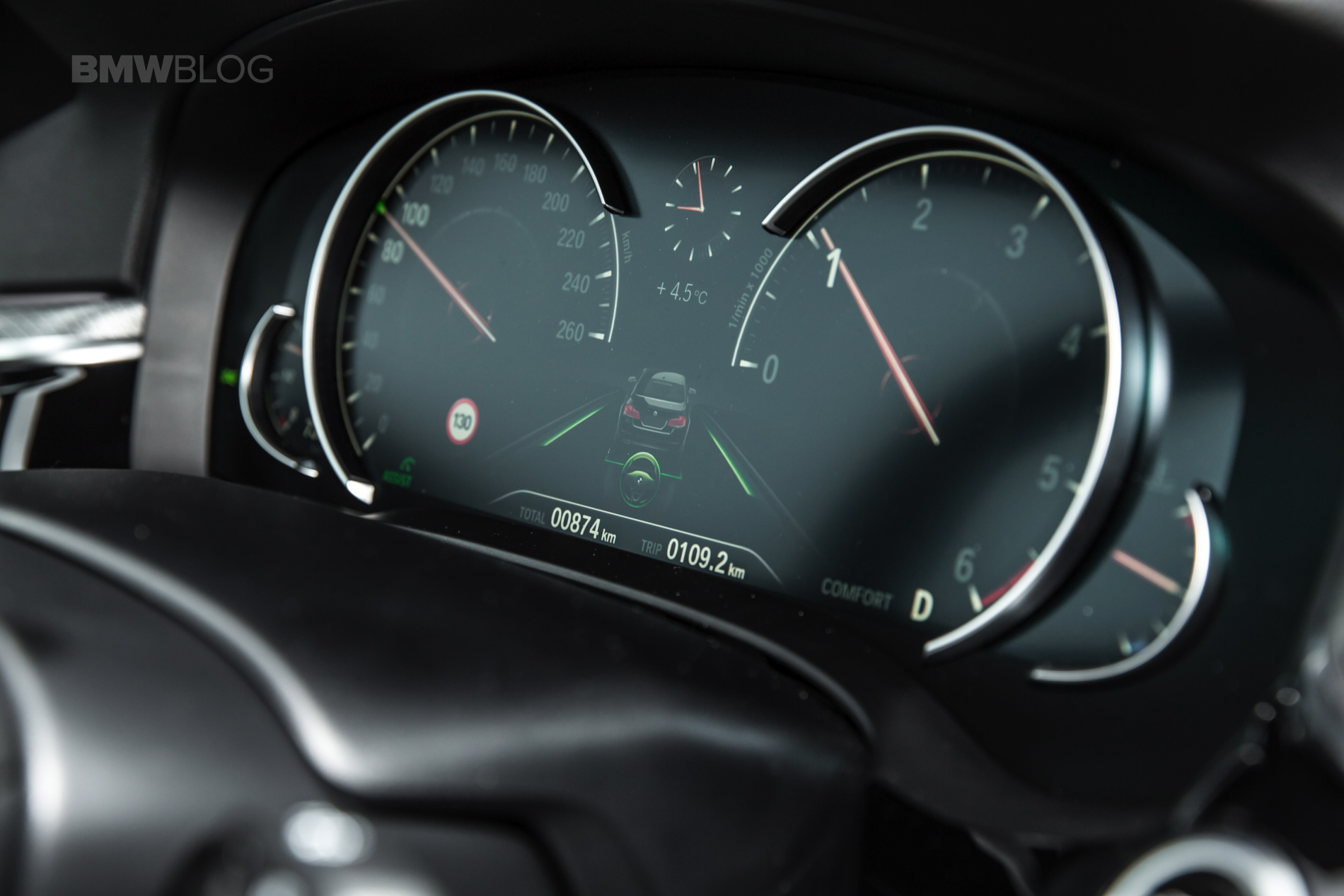 At the moment, the only BMWs that feature fully, completely digital gauges are the BMW i3 and i8. Even the BMW 4 Series LCI, 5 Series and 7 Series, which technically have fully digital displays, use traditional and physical gauge surrounds to create a more traditional setup. This creates fixed digital gauges within the screen, so they aren’t really customizable. But could BMW soon make the switch to fully digital and customizable instrument panels, like Audi and Mercedes-Benz.

BMW’s chief competition seems to be doing it so it makes sense for BMW to soon follow suit. Mercedes-Benz was the first to make the switch, in the S-Class. It actually features two 12″ high-definition screens for its instrument panel and infotainment screen. It looks good but will likely start to age a bit quickly, as it’s already starting to look old-fashioned. Audi’s optional Virtual Cockpit is a masterclass in digital instrument panels, though. Being that the Virtual Cockpit is housed in a traditional gauge housing, it doesn’t look like a tacked-on screen, a la Mercedes. Plus, the graphics are incredibly slick and the screens are completely customizable. There’s even a feature that turns the entire screen into a gigantic Google Maps navigation screen, which looks brilliant.

Right now, BMW’s digital gauges are just that, digital gauges. They aren’t customizable screens that can completely change their display to show various forms of information. However, there is some method to BMW’s madness at the moment. If you look at the original iPhone, it looks like it’s one hundred years old. It seems as old as a Motorola Razr. So digital screens typically don’t age well, as technology advances so quickly that even modern seeming screens will look ancient in only a few years time. So with BMW creating what seems like digital gauges, rather than just a gigantic screen, they might look better over time.

On the flip-side, though, BMW’s gauges look dated right now, compared to Audi’s super-slick Virtual Cockpit. While they might age better over time, right now they seem old-fashioned and its competitors seem more high-tech. BMW makes up for this by giving us the best infotainment system and screen in the business. But Audi and Mercedes-Benz aren’t far off. In fact, Audi’s MMI system is right up there with BMW’s iDrive.

So I’m wondering if BMW will soon make the switch from just creating digital gauges to using a fully-customizable screen, like Audi’s Virtual Cockpit.