When it comes to tuning your BMW 2 Series, you can’t go any more hardcore than what the guys from AC Schnitzer are proposing with their ACL2 model. Their heavily tuned BMW M240i is a proper beast, no matter how you look at it. Developed initially as a sort of exercise to see just how fast the F22 chassis can go, the small Coupe can apparently not just look pretty but also go pretty fast.

The German tuner wanted to showcase how fast the ACL2 really is and to do that, they invited a few for a test drive and a power lap around the company’s traditional testing ground, the Sachsenring track. The outcome left everyone baffled. The AC Schnitzer ACL2 not only managed to post a decent lap time but it somehow ended up being faster on it than a proper supercar such as the Lamborghini Aventador SV or SuperVeloce as its full name would go. That’s a super-rare 750 HP special edition of the Italian variety, a car that has a price tag known to cause shivers and all sorts of weird reactions. 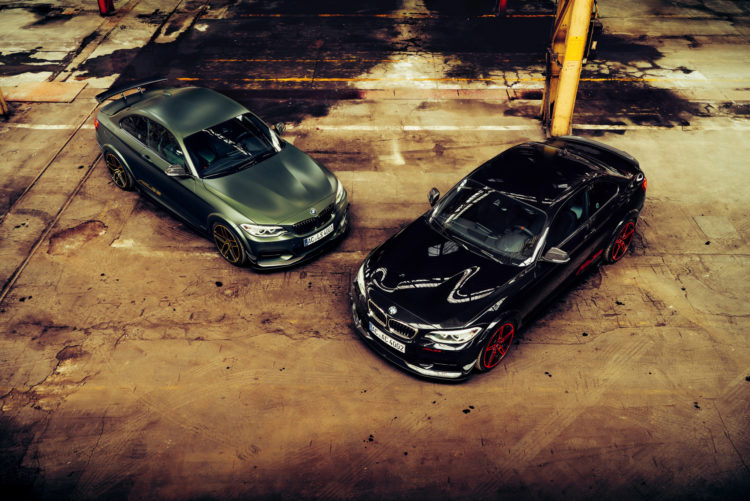 So what makes this little Bimmer so fast? Well, the AC Schnitzer engineers took the BMW M240i to a whole new level, by using a BMW M4 S55 engine. Not only that but the 3-liter straight six mill was also enhanced to be able to make 570 HP. Furthermore, the rear limited slip differential with a Drexler diff lock from 25 to 95 percent allows extremely quick cornering.

The Aachen-based engineers have designed the ACL2 also to be as light as possible, with a ratio of just 2.59 kg/hp, putting cars like the Ferrari 458 Italia or the Porsche 911 GT3 RS to shame. Then there’s the optimized carbon intake tract and lightweight battery that further illustrate the meaning of the letter “L” in the name of the concept vehicle. Yes, you read that right, the ACL2 is not for sale, but merely a concept, meant to showcase what the German tuner is capable of.