Audi e-tron Sportback Concept to debut in Shanghai, take on BMW i3

Home » Audi e-tron Sportback Concept to debut in Shanghai, take on BMW i3

The BMW i3 doesn’t have many natural competitors. The closest real-world competitor to the i3 is probably the Chevy Bolt, as it’s also an electric hatchback that’s affordable and carries about the same about of people and stuff. However, BMW, as well as many i3 owners, would argue that the i3 is more premium than the Bolt and so the two don’t compete. The Tesla Model 3 will compete with the i3 in a way when it finally debuts but that’s not here yet. So, as far as premium electric hatchbacks go, the BMW i3 is really on its own. Until Audi releases its newest e-tron Sportback Concept.

At the upcoming Shanghai Auto Show, Audi will be unveiling one of the EVs to spearhead the brand’s electric offensive for the coming year. BMW’s Bavarian neighbor plans on releasing three EVs in the upcoming years to compete with BMW, Mercedes-Benz and even Volkswagen.

One of those cars we already know of, the Audi Q8, and we’ve heard rumors of a BMW i8-fighting plug-in sports car. But now we know that Audi is planning something smaller, possibly a hatchback, to compete with the BMW i3 — the Audi e-tron Sportback Concept, which will be seen for the first time in Shanghai. 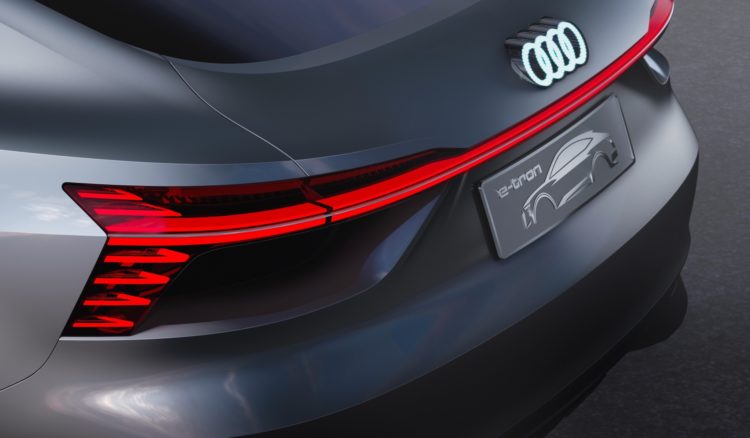 Audi recently teased the upcoming e-tron Sportback Concept in a short video and some pictures of sketches and renders. In the video, we see the OLED taillights pulse and flicker in ways that look pretty cool, though not likely street legal. This is more just Audi showing off what OLED technology can do. It’s still cool, though. We only see the rear end of the car in the video, but there is an OLED light bar the spans the entire width of the rear, much like that of a Porsche 911 Carrera 4S. Even the Audi “Four Rings” logo lights up red to match the taillights.

In the sketch and render photos, we can see the headlights and front fascia of the Audi e-tron Sportback Concept and it looks pretty damn close to the glimpse of the real car in the photos. In one of them, Audi head of design Marc Lichte is lifting up the cover on the e-tron Sportback and the headlight looks exactly like that of the render. So the Concept’s design should look really close to what’s been drawn. Who knows what the car will look like when it finally makes production but at least the concept will look cool.

There’s been no word on powertrain specs or range, so we don’t know if it’s going to be a plug-in hybrid or pure BEV (Battery Electric Vehicle). We’re assuming that it will be completely electric to compete with the BMW i3, as Audi does not yet have a purely electric car and desperately needs one. We’ll find out for sure in Shanghai. 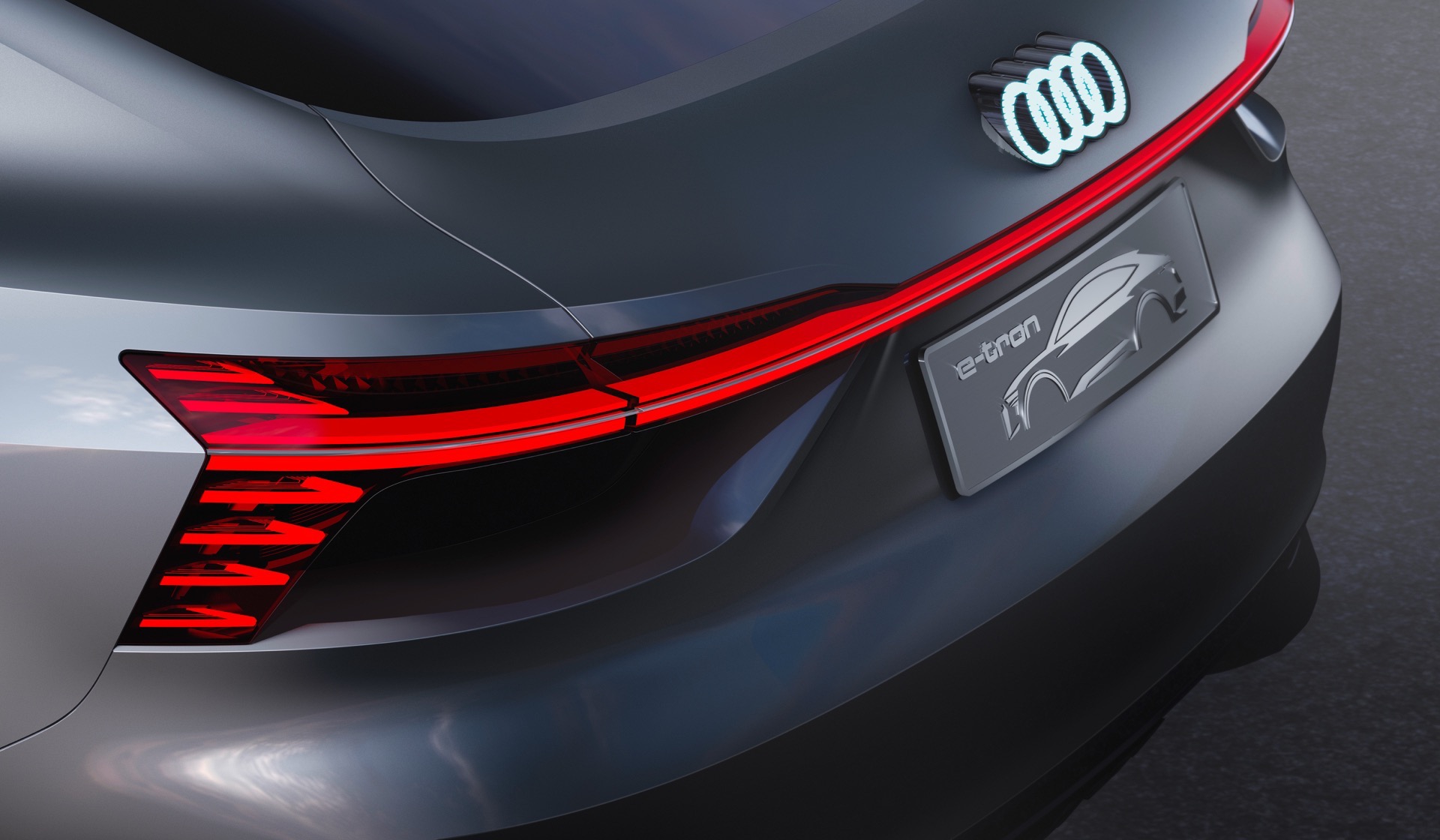 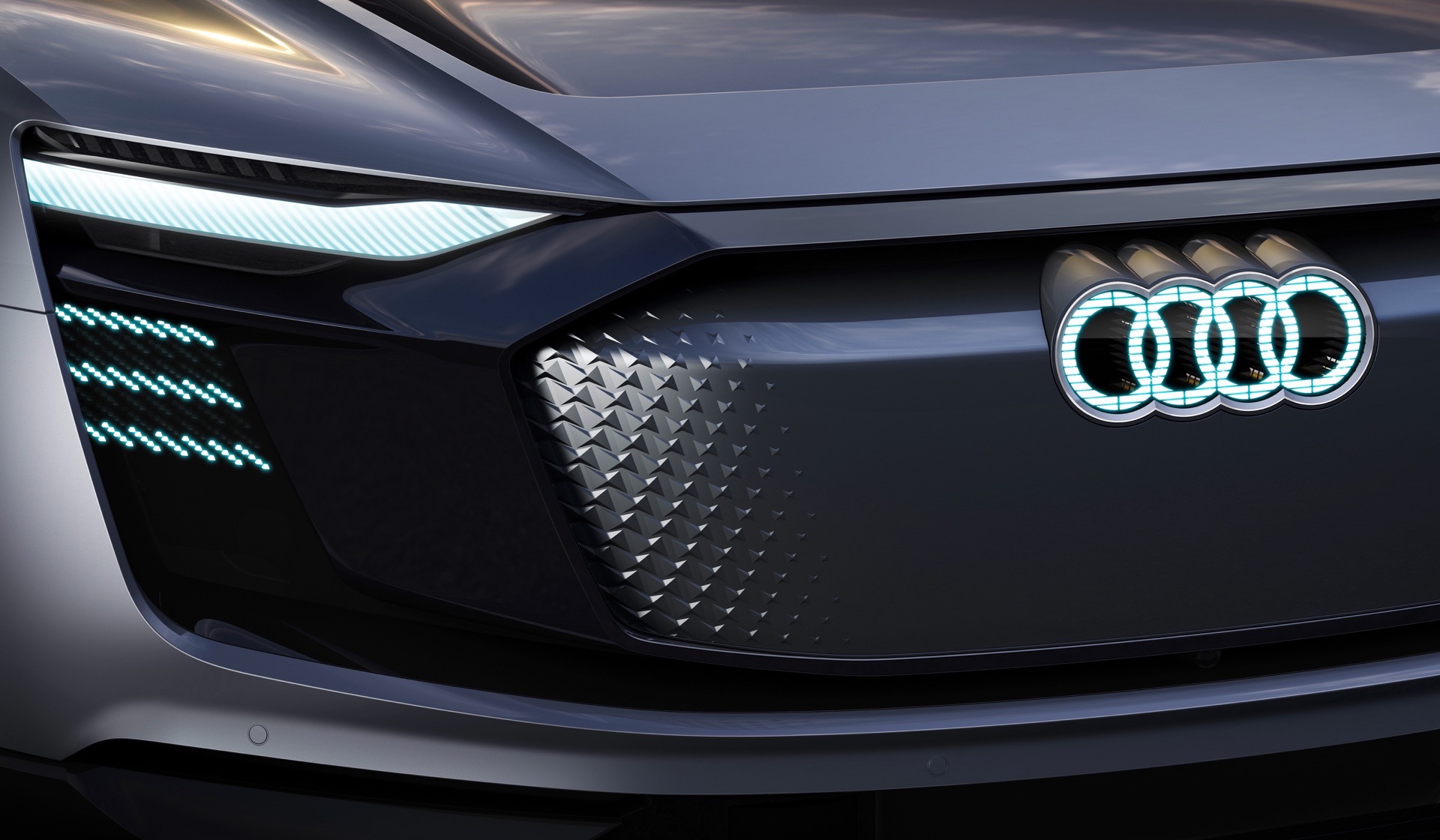 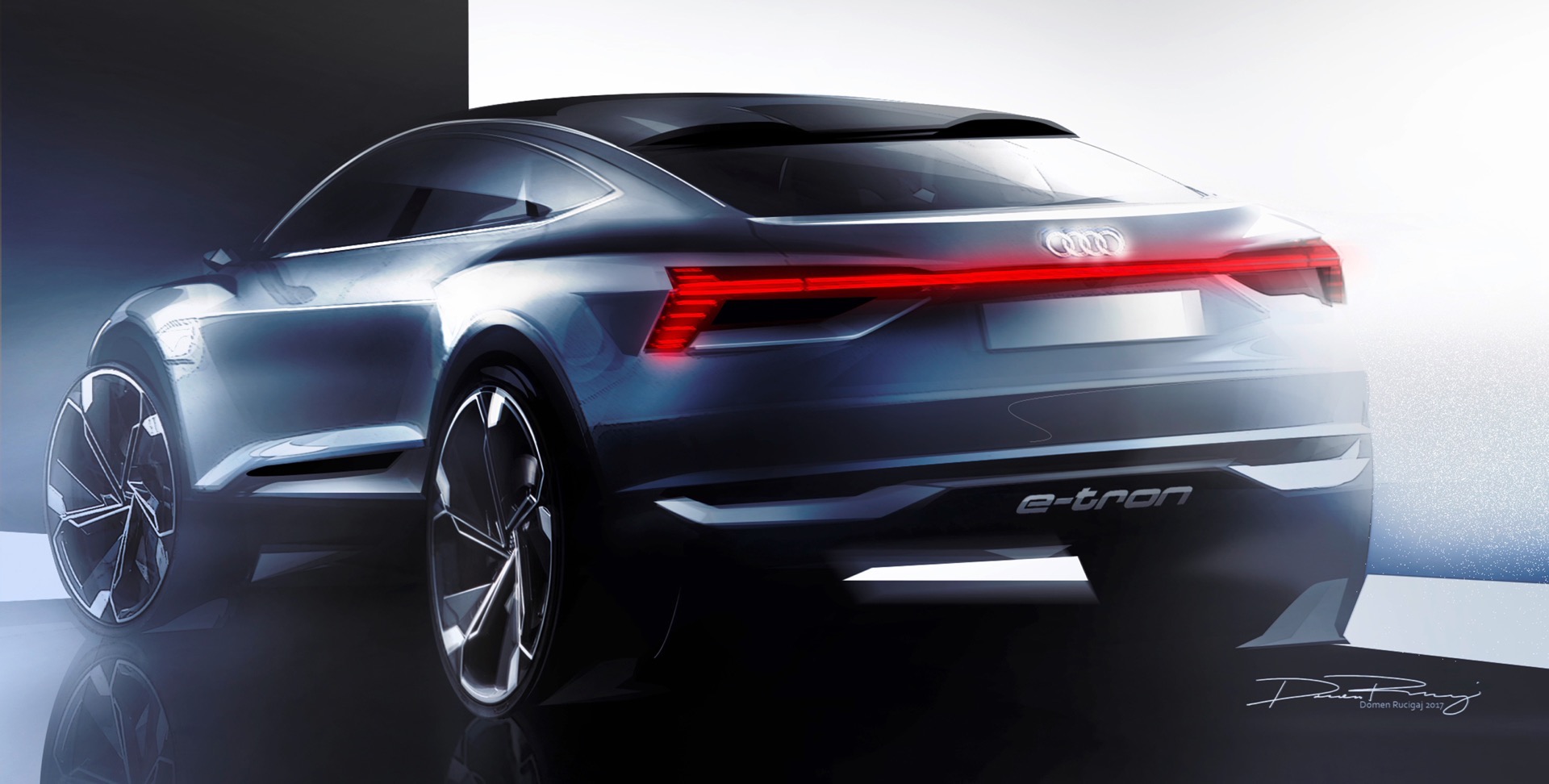 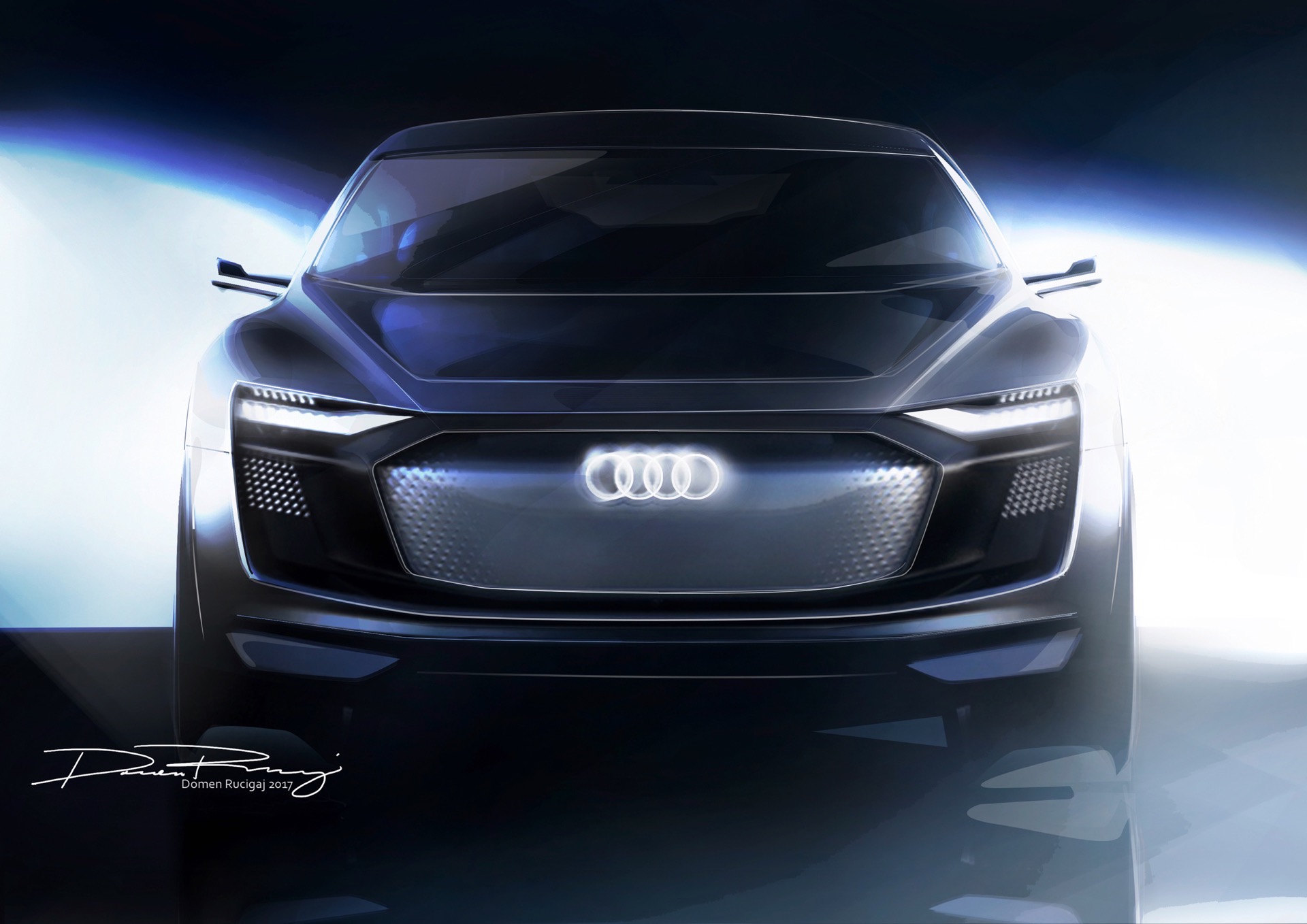 5 responses to “Audi e-tron Sportback Concept to debut in Shanghai, take on BMW i3”