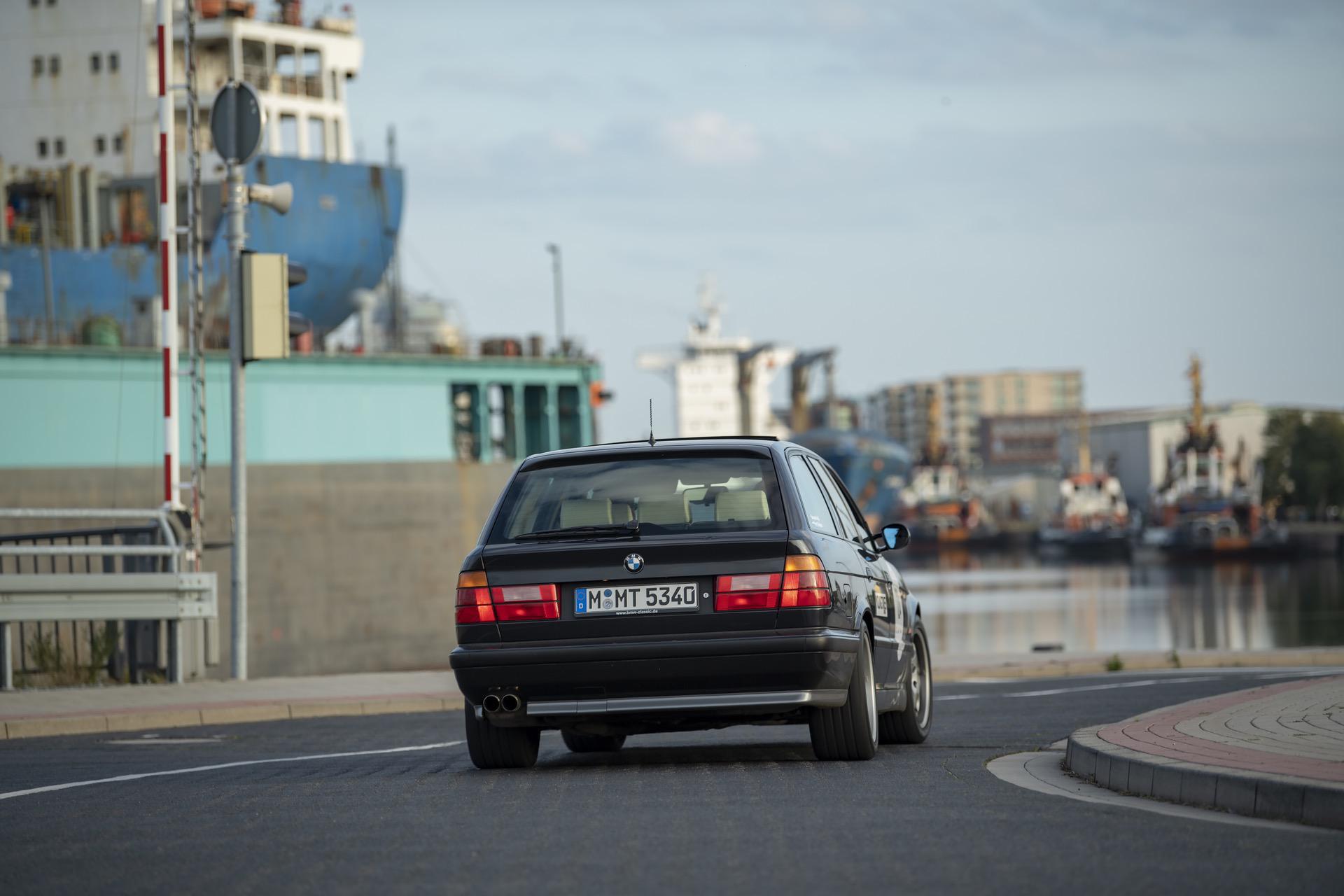 The 1990’s were interesting for the auto industry. For American cars, the ’90s were terrible, bringing us such cars as the Cadillac Catera, Gio Metro and the worst Ford Mustang ever. This was also a time period when frosted tips and Zubaz pants were popular. It was a weird time. However, over in Europe, Germany was pumping out some truly special cars. The BMW E36 3 Series, Mercedes-Benz 190E and the original Audi A4 all lived in the ’90s. Another great car from the ’90s, one that’s consistently overlooked, is the E34-generation BMW M5. And this 1995 BMW M5 Touring “Elekta” will make you miss everything that was good about the ’90s.

When the E34-gen BMW M5 first hit the road, it wasn’t very loved. It was bigger, heavier and more luxurious than the E28-gen M5 it replaced but it wasn’t really any faster and felt a bit too heavy. However, halfway through its life cycle, BMW replaced its 3.6 liter I6 engine which made 311 hp with a 3.8 liter I6 engine that made 335 hp. That bump really helped its performance and made it feel quicker than the E28 M5 it replaces. During the last year of E34 M5 production, the car was available with a six-speed manual. That made the 3.8 liter E34 M5 with a six-speed manual highly sought after.

Only 209 examples were made of the 3.8 liter E34 M5 Touring with a six-speed, making them extremely rare. Of those 209, only 20 “Elekta” models were made, for the Italian market only. So that makes this specific car, very special.

The E34 BMW M5 Touring Elekta was made for the Italian market only and featured one of two color schemes. One was silver over blue leather, which is kinda weird. But the other, and the one you see here, is British Racing Green over Hazelnut Nappa leather, which looks ace. Leather is featured everywhere throughout the cabin and the rare Hazelnut color option looks fantastic with the black touches. There’s even a shift lever that says “Elekta – 06/xx”, which signifies that this is only model number 6 out of 20. That makes this car incredibly rare and even more so considering that it’s probably the only one in the United States.

This car was brought over from Italy and was federalized in California in 2005. It only has 126k kilometers (about 78k miles) on the clock and seems to be in pristine condition. Only minor repairs have been done, such as replacing some steering and suspension parts to keep it fresh. Otherwise, this is a completely stock car.

Right, now, this BMW E34 M5 Touring “Elekta” is up on Bring-A-Trailer for $60,000 and the bidding doesn’t end for another 7 days. It’s likely that the price shoots way. Especially considering that when Road & Track wrote about it earlier today, the bidding was only at $25,000. So it’s likely this thing will crest the $100,000 mark. That’s incredible. It’s worth going over to Bring-A-Trailer to see the full gallery of high-definition pictures of this special M5 and even bid on it, if you’ve got the cash. It’s in such good condition that it’s almost like a time machine back to an awesome era in BMWs. Except without the Zubaz pants, which is nice.