Now in its second season, the new Top Gear is starting to get better. While the first Chris Evans-hosted season was sort of a mess and maligned by most viewers, this second season is getting better. While not perfect, and sometimes still quite cringe-worthy, it’s showing signs of real promise, with its trio of hosts ( Matt LeBlanc, Chris Harris and Rory Reid) starting to build some chemistry. Admittedly, the sort of chemistry that the previous trio of Clarkson Hammond and May had takes quite a long time to build.

In the second episode of the new season of Top Gear, Chris Harris drives the new Alfa Romeo Giulia Quadrifoglio and raves about it. He loves its 2.9 liter twin-turbocharged, Ferrari-derived engine that makes 503 hp, far more than the BMW M3‘s 425 hp. He loves the way it looks and the way it drives. He also love that Alfa Romeo is finally making good cars again, as if it forgot how since the mid-’80s. We can agree with all of Harris’ love of the new Giulia. It’s a brilliant car. 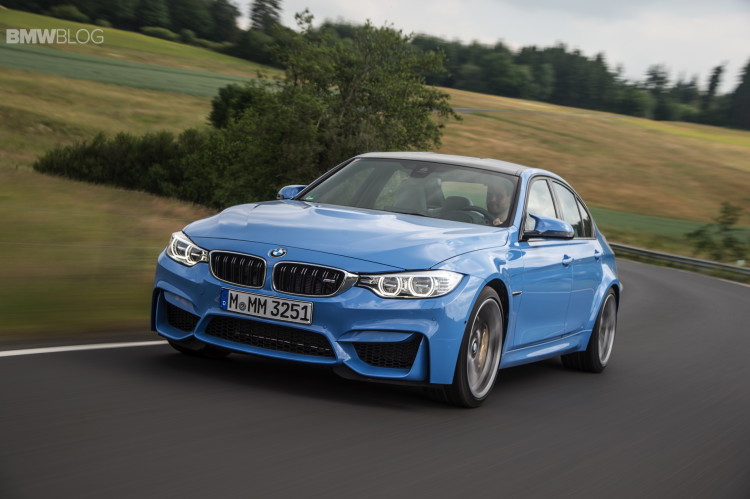 But, as Harris points out, that almost works against it because it isn’t the plucky underdog anymore, as it can properly hang with the best cars in the segment. This means that the cars it’s compared to are very, very good. So the car they compare it to is the BMW M3.

Unfortunately for BMW, the M3 they chose was the standard car and not the Competition Package. To be fair, though, the BMW M3 should be great on its own and shouldn’t need extra packages to make it great. So that’s sort of BMWs’ fault more than anything. Anyway, Harris is not only able to keep up with the M3, while in the Giulia, but has more fun doing smokey sideways stuff. Plus, the Giulia’s combination of more power and lower weight make it significantly faster in the straights. The M3 will keep up with it off the line, thanks to clever launch control, a faster shifting gearbox and lower peak torque, in-gear pull at speed favors the Alfa’s more powerful engine.

After it’s all said and done, Chris Harris gets a bit of a challenge from co-host Rory Reid. Reid challenges Harris to drift the Giulia through a cutout in a false wall. It doesn’t turn out so well…

They finally put The Stig in both the Alfa Romeo Giulia Quadrifoglio and the BMW M3. Unfortunately for BMW, the Giulia beat it by two tenths of a second, making it the fastest “saloon” car on the Top Gear lap board. But the BMW M3 is second-fastest and we’d be interested to see how the BMW M3 Competition Package would do.