The BMW M3 has a reserved spot in all car enthusiasts’ hearts, regardless of whether or not you like BMW. The icon was born in 1986 and after four generations we have now reached the fifth; F80, for those who prefer BMW-terminology. The M3 started off as a momentum car but has progressed into being more of a power car. With 431 horsepower going to the rear wheels, the tail is as light as helium. Although, now BMW has released the so-called Competition Package for the M3. The Competition Package increases performance but also tightens up the car making it more focused. Let’s find out how iconic the M3 actually is by setting off in High Velocity. 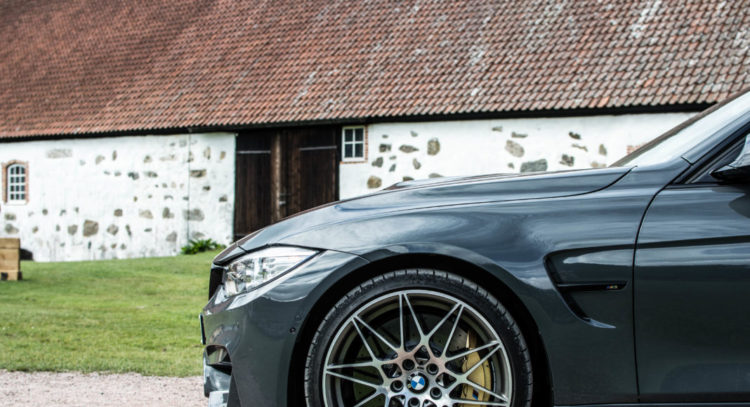 The M3 we drove was, as mentioned, equipped with the Competition Package – an option costing the equivalent of $8000 USD. For that money you are getting an additional 19 horsepower (450 instead of 431), a 0 to 62 time of 4 seconds flat instead of 4.1, updated driving modes and differential, exclusive lightweight sports seats, unique rims and black details. The car we tested also had ceramic brakes for $7650 USD and in combination with the seven speed dual clutch gearbox it was more track-oriented. According to BMW, the M3 is a car you drive to the track, drive around like a total hooligan, and then drive home without shortening the life span of your car. 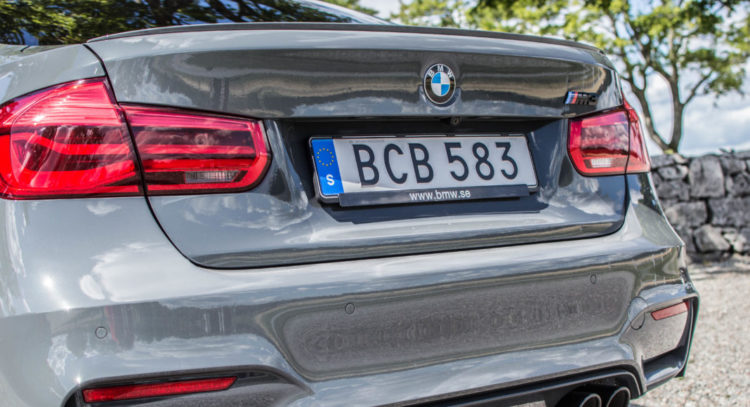 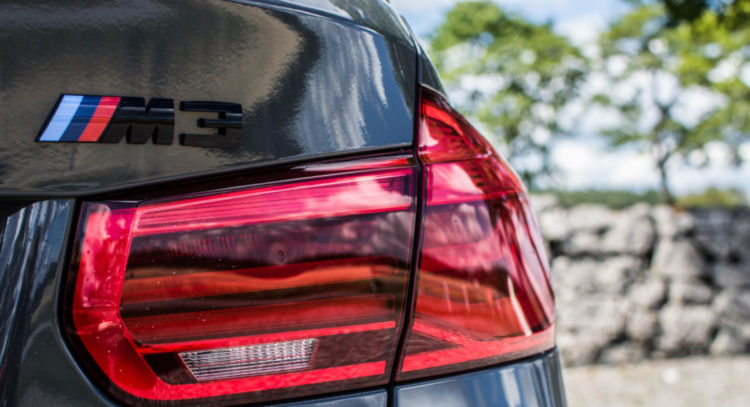 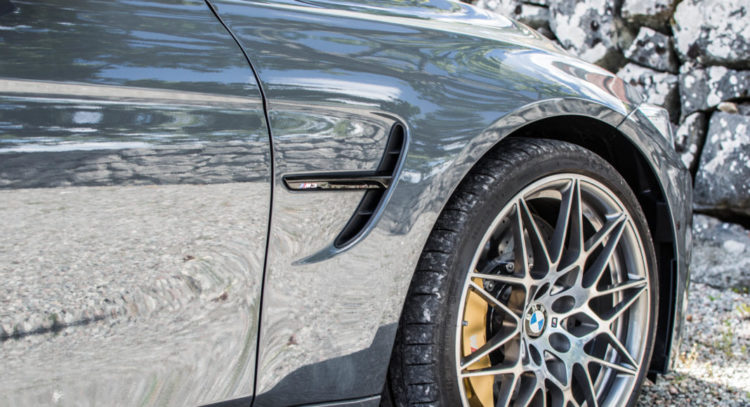 A car such as the M3 is meant to offer unbelievable performance in a package which fits into every-day shenanigans. With the Competition Package and 20 inch rims the car is on the limit of what one actually can live with. During the test week, I drove down to a city in south of Sweden and back – circa 800 miles. One thing which is safe to say is that the cars sensational performance regardless of what speed you are doing means that you’ll get wherever is that you’re going in record time. The biggest issue with a BMW M3 without the Competition Package is that it would much rather do donuts in a corner than dance through it. When I drove a regular M3 on track it was extremely keen on kicking its tail out and one really had to modulate the throttle properly. By equipping the M3 with a Competition Package, BMW has managed to discipline the car – instead of trying to demolish rear tires, it prefers actually putting the power down. 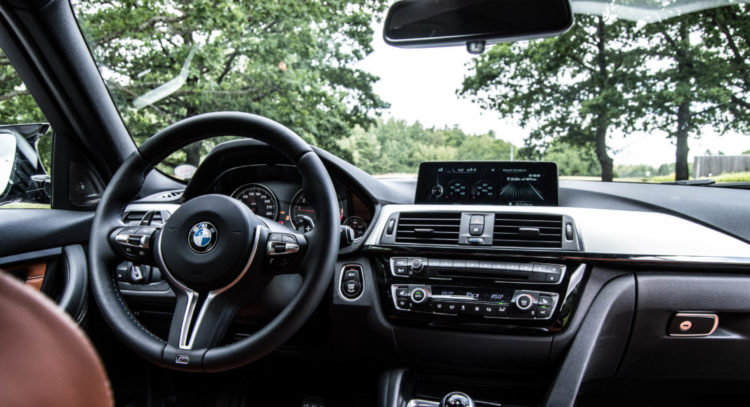 Just as one would expect, the car is glued to the ground and in order to properly awaken it is necessary to really push hard. With the straight six’s aggressive howl one is pushed to driving it in such a manner that will make it possible to tell people what jail is like. According to some people the M3 sounds way too artificial although I personally think it sounds fantastic. In efficiency mode the car is somewhat tame, as long as you keep the foot off the gas. However, you will still end up waking the neighbors.

Despite the speed you’re carrying, the way the M3 delivers power is impressive. It is a linear experience which sticks with you all the way to about 160 miles per hour where the laws of physics eventually step in. The car also feels excited – it’s on constant alert and truly communicates as to what going on beneath the car. That means you cannot really drive the car halfheartedly: if you are going to drive it, do it properly. It’s a matter of grabbing the M3 by neck so it doesn’t do the opposite. The steering is good but not brilliant; one has to trust the tires in order to get an idea on how close to the limit one is. 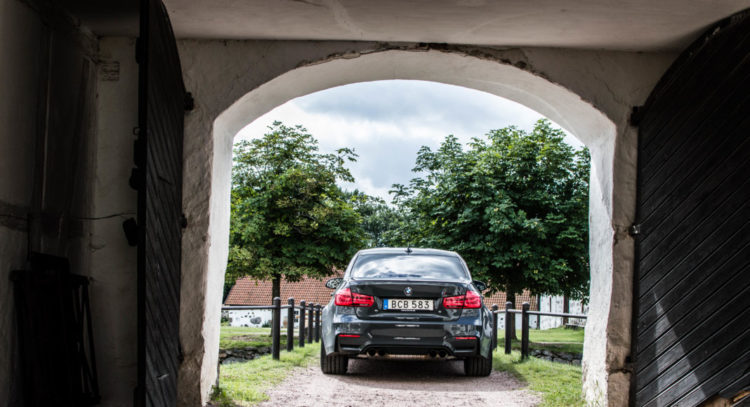 The BMW M3 with the Competition Package turns the M3 from a hooligan with a thirst for mischief to a hooligan with an ankle bracelet. The Competition Package tightens up the experience and if you’re shopping for the M3 there is no reason not to buy it. Depending on if it’s going to be used as a daily driver or only on weekend and track days it’s definitely worth it. Sure, $8000 is a lot of money but it takes the M3 one step further and adds a dimension to driving. It turns the M3 to what it should have been from the beginning. BMW M3 – the icon lives on.