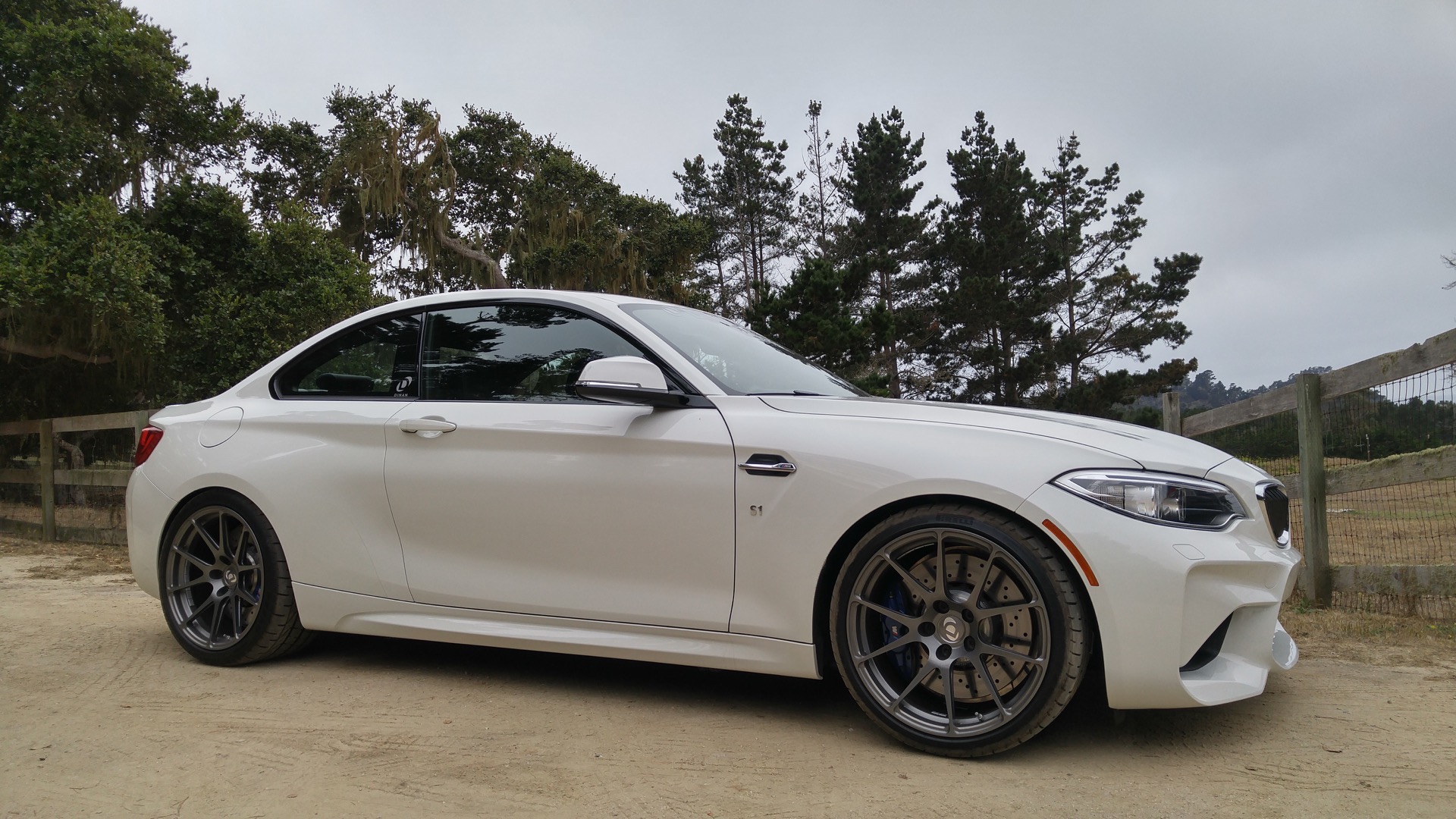 Ever since the BMW M2 first debuted, there have been endless tuners and enthusiasts attempting to upgrade it. The problem is, the M2 is a car that has a very specific driving style, one of balance and precision. So just pumping its engine pull of extra power, slamming the suspension and giving it new wheels don’t actually make it better at being an M2. However, the folks at Dinan have a better way — the Dinan M2 S2.

Digital Trends recently had the opportunity to drive the Dinan M2 S2 and came away impressed. It’s the company’s latest creation and they set out to make the BMW M2 better in every way without sacrificing what makes the car great in the first place. In fact, rather than just upgrading the car, Dinan set out to just enhance its already great qualities. Magnify rather than change.

“In stock trim the M2 is a well-rounded vehicle. It harkens back to the E36/E46 M3 days where the car was about balance in power and handling with a footprint that let nimbleness be a major contributing factor,” Dinan’s Dan McNiff told Digital Trends. “Whereas most new cars have simply gotten bigger, softer, and try to compensate with more output, the M2 bucks that trend. We wanted to really emphasize what sets the M2 apart as a driver’s car while maintaining that overall sense of a well-rounded vehicle that is not simply all about a lot of power or creature comforts.”

Engine upgrades have come by way of an ECU tune, cold-air intake and a turbo upgrade. But it’s the ECU that’s most important. “The backbone of any tuned setup is the engine tune itself, which allows optimization of boost, air, fuel, and lambda targets among other variables,” said Dinan’s James Leong. But that turbo upgrade also adds quite a bit of power. “The compressor wheel inside the turbocharger is increased in size allowing around 30 percent greater flow, thus enabling additional boost pressures at higher engine speeds while retaining efficiency,” Leong adds. “These are rebuilt factory turbos that are machined to Dinan specifications, along with an upgraded thrust system to ensure reliable and prolonged life.” 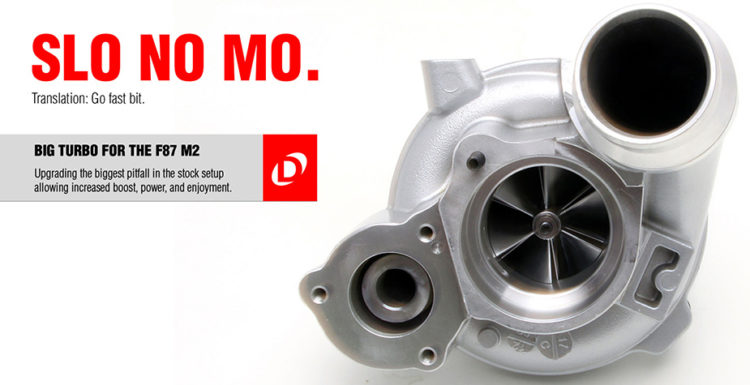 Total power output for the BMW Dinan M2 S2 is 446 hp and 458 lb-ft of torque. Those are gains of 81 hp and 115 lb-ft of torque, monstrous by M2 standards. Those are both higher than the BMW M4 Competition Package. Dinan doesn’t give 0-60 mph numbers, but Digital Trends feels it should be under four seconds.

But Dinan also fits a new suspension system, to make sure that it handles and drives like an M2 should, just with less understeering and more precision. It’s almost as if Dinan is unlocking the M2’s true potential. “The suspension setup is designed to dramatically improve grip in the corners for reduced understeer, sharp turn-in, a substantial reduction in body roll as well as reducing dive under breaking and squat under acceleration.” said Dinan’s Nathan Fette. To do this, the fitted an adjustable coilover suspension with the ride height capable being about an inch lower up front and half an inch at the rear. Spring rates are also up, 18 percent for the fronts and 5 percent for the rears. There’s also adjustable sways bars, end links and camber plates, a rear suspension link kit and a tension strut ball joint kit.

This new suspension apparently makes the Dinan M2 S2 quite stiff over rough pavement, but DT did test it on its lowest setting. However, once out on open, twisty roads, the Dinan M2 S2 comes alive and is clearly better suited for the track than the standard car.

If you want a tuned BMW M2, it seems like Dinan could be the best way to go. The company has been tuning BMWs for decades now and even offering assistance to BMW in motorsport, such as 24-Hours of Daytona. So if anyone knows how to get the best out of BMWs, it’s Dinan. While this upgrade isn’t cheap,as the Dinan M2 S2 in the article is equipped with around $28,000 worth of options, it’s worth it for someone who really wants to push their M2 to its limits.