VIDEO: Two different fleets of cars that can be had for BMW M2 money

Home » Models » BMW M2 » VIDEO: Two different fleets of cars that can be had for BMW M2 money 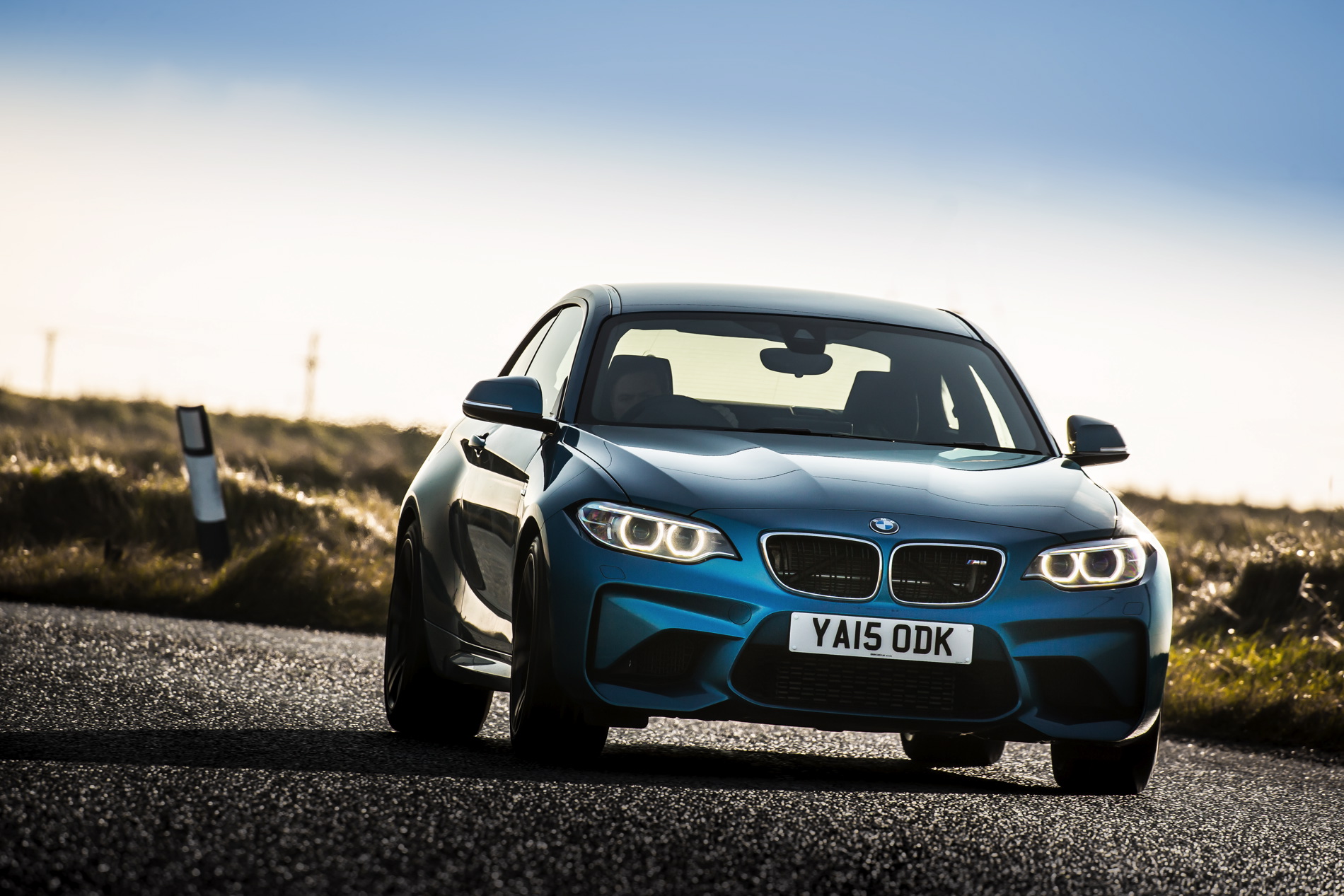 At the moment, one of the best performance-per-dollar deals on the new car market is the BMW M2. With 365 hp, a 0-60 mph time of just over 4 seconds and rear-wheel drive, all for $51,700, it’s hard to beat the M2’s performance value. However, the M2’s value can easily be replicated on the second-hand market, something many enthusiasts like to talk about. Finding used cars that match new cars’ performance for less money is always a fun exercise for enthusiasts. However, finding an entire fleet of cars that can be had for the price of a brand-new BMW M2 is a bit more interesting. That’s exactly what Car Throttle did in this recent video.

CT put together two separate fleets of cars that can be had in their entirety for the around the same price as the M2. One fleet for the UK market and one for the US market. So let’s check them out.

First up is the UK Fleet of cars and it starts out with another BMW — the E46 M3. The BMW M2 is often called the modern day E46 M3, so it’s only fitting that it can be had in this fleet. It packs similar power and performance to the M2 with better looks and more pure driving dynamics for a fraction of the cost. Just keep some money saved away for cracked rear subframes.

Next is the Mitsubishi Lancer Evolution VI to satisfy your Fast and Furious needs. It is a classic among car enthusiasts, though, as it packs a legendary turbocharged four-cylinder that can be made to have insane power and an all-wheel drive system that made it famous on rally stages.

Then there’s the Vauxhall Monaro VXR, which is essentially a Pontica GTO/G8 with different badges on it. While it isn’t good looking by any means, it packs a Corvette-sourced V8, a manual gearbox, rear-wheel drive and an independent rear suspension, making it a modern muscle car.

Added to the list is a Honda S2000. This is one of the best two-seat roadsters ever made, with a four-cylinder engine that’s capable of revving to 9,000 rpm, a slick-shifting six-speed manual, rear-wheel drive and some of the more pure driving dynamics ever fitted to a car. The S2000 can provide fun and driving enjoyment for years to come.

To top the list off is a lowly Mazda 3. After having all of those performance cars, the Mazda 3 keeps things practical and sensible, offering a daily driver that’s relaxing and good on gas.

This entire UK fleet of cars can be had, if searched out properly, for the same price or even less than a brand-new BMW M2.

The US Fleet must start off with something properly ‘Merican and it does with a C6 Corvette. While the C6 isn’t a good looking car, as it’s a bit too plasticy, it’s fast and loud. Its massive V8, six-speed manual and rear-drive make it a great car to hoon around in.

The Mazda 3 makes another appearance, only this time it’s as a Mazdaspeed 3. Its tiny turbocharged four-cylinder engine, six-speed manual and all-wheel drive make it a riot to mess around in and its hatchback body style make it quite practical as well. This car nails both fun and usability, making it a good car to put on this list.

Next up is the Pontiac Firebird WS6. This car is basically a mullet on wheels and there isn’t a chance in hell one of us would ever have it on our list but some American enthusiasts will be happy to see it here. It also has a Corvette V8 and rear-wheel drive but it might be one of the ugliest cars ever made and, with its solid rear axles, one of the worst driving ones, too.

The Dodge Daytona Shelby Z makes the list as well and it’s an unusual car. One of the only Shelby vehicles to ever pack a turbocharged four-cylinder engine, the Daytona Shelby Z wasn’t very fast or good looking. But it has some Shelby blood in it, so it can’t be all bad, right?

Lastly, the BMW 635 CSi tops off the list and is a proper car. With that gorgeous sharknose styling, a singing inline-six engine and rear-wheel drive, the BMW 635 CSi is one of the better cars to come from BMW in the ’80s. While it can be tough to find nice ones for a good price, diligent searching can find out and it’s worth it.

So there you have it, two entire fleets of cars that can each be had in their entirety for around the same price as a brand-new BMW M2. To be honest, I’d rather have the M2 than either of these two fleets. However, there are certainly other fleets of cars that would be worth buying over an M2 and I’m sure you kind readers will let us know what you think they should be.

3 responses to “VIDEO: Two different fleets of cars that can be had for BMW M2 money”