What Does The Future Hold For BMW M?

Home » Interesting » What Does The Future Hold For BMW M?

The number is far less than the 99,235 cars sold by rival, Mercedes-AMG, but it represents a nine percent growth over 2015 and is the best-ever figure posted by BMW’s performance division.

With new arrivals and improved engineering, sales are only expected to increase in the coming years and BMWBLOG takes a look at what the short- to mid-term future holds for the M GmbH.

The F90 M5 is due later this this year. Apart form that, a range of hardcore CS models are expected, starting with the M4 CS and the M2 CS. Meanwhile, the media is also talking about a X3 M, M8 and X7 M and more special-editions, similar to the M4 GTS, could be made as well.

However, unlike Mercedes, BMW won’t make too many M models. That said, we can’t pinpoint which cars won’t get a M variant, although the German automaker has ruled out making a M3 Touring (as there’s no demand for such cars outside Europe) and a M7 (will be too extreme for the 7er clientele). And any FWD M car.

While electrification is ‘inevitable’ for BMW M, more powertrain advancements need to take place before they can can adopt the technology. Right now, there are some challenges.

For instance, in case of the the hybrids, the current set of batteries and associated components add too much weight to the car, negatively affecting the the power-to-weight ratio and consequently, the handling. On the other hand, a pure electric set-up, BMW M CEO, Frank van Meel, said in June 2016, can not “keep up performance for more than five minutes before degrading because of temperature reasons”. 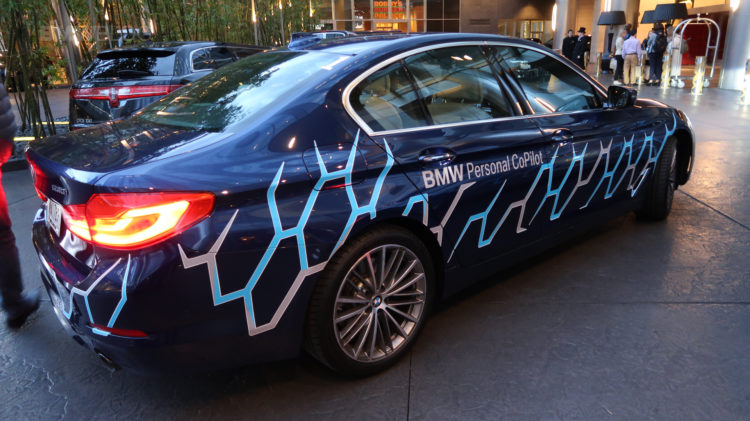 M cars will get automated functions as BMW believes that it will be useful to the drivers when they don’t feel like driving. For instance: in heavy traffic.

Enthusiasts may not like that but autonomous tech is BMW’s main focus nowadays- even ahead of e-mobility. Hence, there’s no reason for the German automaker to not provide it to one of its most important and highest spending set of customers. Whether they use it will be up to them- after all, the steering wheel isn’t going anywhere.

AWD
According to BMW’s product expert, Sven Arens, 700 Nm is the maximum amount of torque they can give to a RWD car. “For a reasonable saloon car, the cut off is 700 Nm of torque on two driven wheels,” he told Australian publication GoAuto last year. “If we are stepping up to 600 HP, which means we are going to go beyond the 700 Nm of torque, only if you would use a [Michelin Pilot Sport] Cup 2 tire would you be able to transfer that to the ground. But then it means your customer would come in every 5,000 km for new tires.”

Thus, starting with the new M5 (which will have around 600 HP), in addition to the SUV models, every M that generates 600 HP/700 Nm and more will most likely get a rear-biased AWD configuration. Just as in the M5, though, we are hoping that the drivers will be able to switch to RWD with the push of a button.

The F90 M5 and the M6 successor won’t get a manual gearbox. But that decision was made after the demand for stick-shift in the two cars fell to “nearly zero percent”. So, in our opinion, the M2, M3 and M4 will continue to have the manual transmission in the foreseeable future (that includes their next generations), considering it’s opted by 15 to 20 percent of the present owners.

35 responses to “What Does The Future Hold For BMW M?”