New BMW F90 M5: rear wheel instead of all-wheel drive at the push of a button

Home » New BMW F90 M5: rear wheel instead of all-wheel drive at the push of a button

The change of the BMW F90 M5 to all-wheel drive is to make the power sedan from Garching even more attractive in a competitive market, but some customers are annoyed by the absence of the rear wheel drive. According to our sister magazine Bimmertoday, the new M5 will give the ability to change from all-wheel drive to rear wheel drive at the push of a button. Depending on the driving mode, the driver can decide for himself whether he wants to use the power of the V8 TwinTurbo on all four wheels or would rather feel the full power on the rear axle. 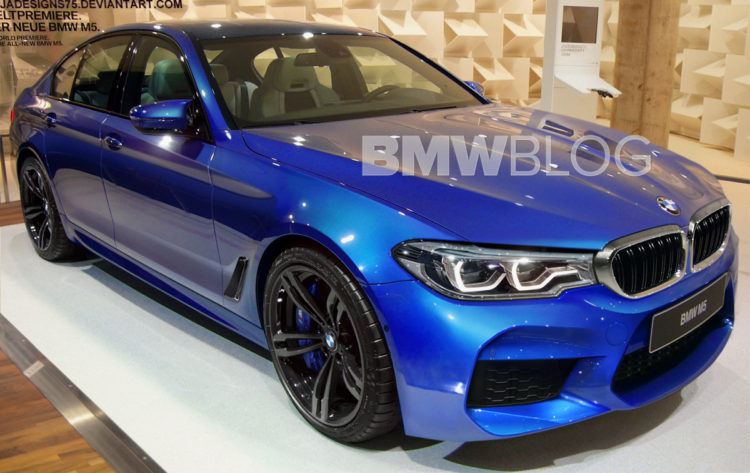 We assume that the corresponding mode with pure rear wheel drive can also be stored on one of the steering wheel buttons. If you want to be particularly dynamic, you can activate the driving mode for maximum driving pleasure with two short thumb movements and also enjoy the BMW M5 F90 with rear-wheel drive.

The option of rear-wheel drive at the push of a button is designed to take the wind out of the sails that make the new BMW M5 F90 less exciting than its predecessor, due to its standard all-wheel drive. In many situations, however, the four driven wheels will offer advantages, not least in terms of acceleration. On dry asphalt, a maximum of 3.5 seconds will pass before the 62 mph mark is reached. Apart from this, the all-wheel drive naturally offers great traction advantages on slippery ground, which is significantly important to customers in the alpine regions and the North American Snow Belt.

The power sedan is powered by a further developed V8-Biturbo with a displacement of 4.4 liters, which is expected to press almost 600 hp on the crankshaft. Later variants – such as the BMW M5 CS – will continue to turn the power screw and underpin the special BMW M5 as a sports car in the business dress.

In order to be able to look even better on stretches with tight corners, the M Division has also parted with the weight of the F90 M5. The top model of the new G30 5 Series not only benefits from all lightweight construction measures of the large series, but also adds additional lightweight elements, such as the standard carbon roof. On the bottom line, the M5 is supposed to weigh a few kilograms less than its predecessor, despite the more complex drivetrain with all-wheel drive and more extensive series equipment. It goes without saying that the experts at M have also done a lot of fine work on the chassis and improved performance.