VIDEO: Powersliding vs Drifting in a BMW M2 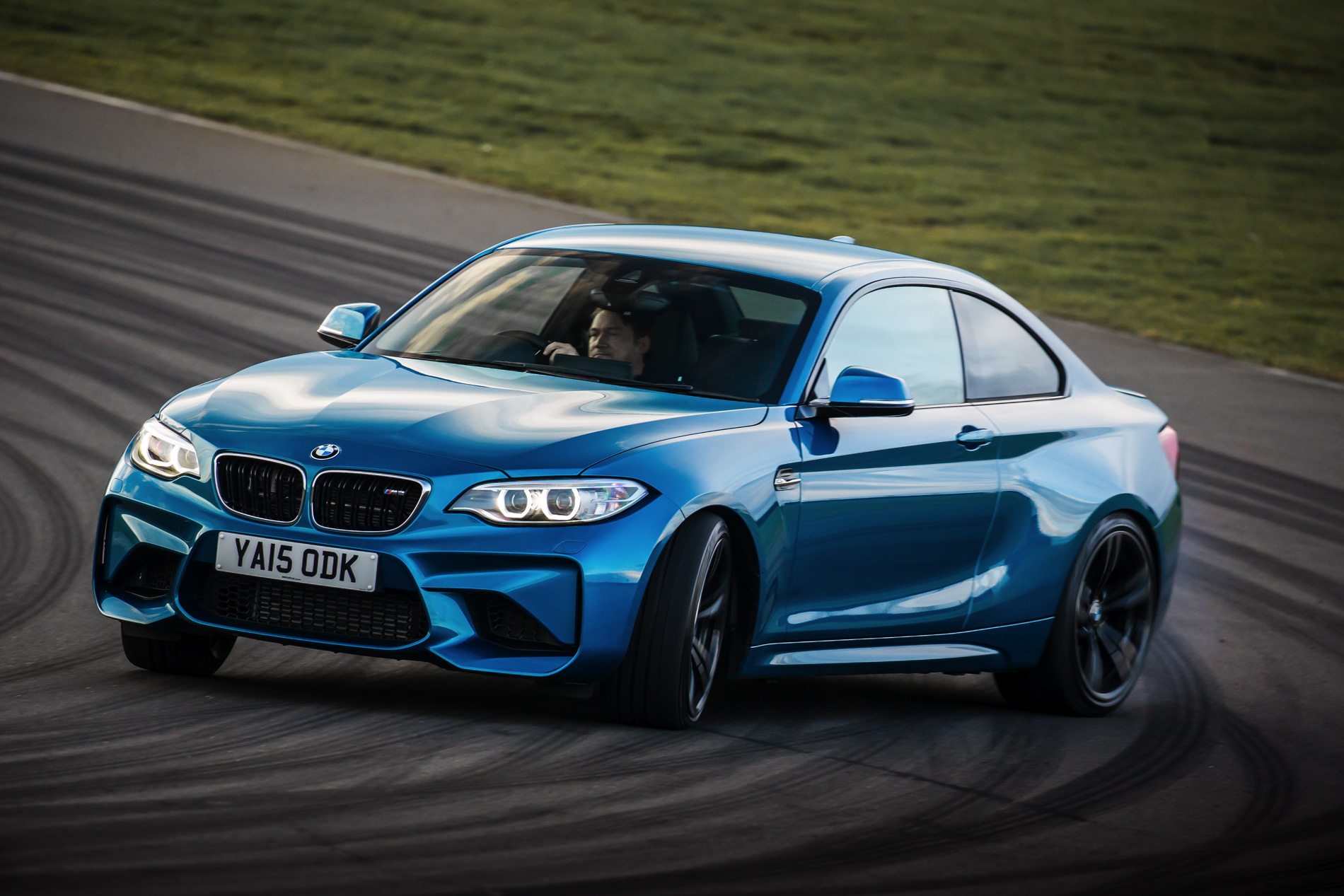 BMW’s new M2 is one of the most enjoyably tail-happy cars on the market. Its small size, ample torque and limited-slip differential make it a dream to easily and controllably roast the rear tires. Not many cars are as easy to slide around. So Car Throttle recently made a video demonstrating the different sorts of sliding to be done in a BMW M2.

According to CT, there are two different types of tail-out sliding: Drifting and Powersliding. The former, according to CT’s “Driving Badass”, is sliding before the apex of the corner and all the way through it and the latter is sliding the tail out on corner exit, after the apex. And since the BMW M2 is one of the easiest cars to slide around, they use it to show us the differences between drifting and powersliding.

First up is powersliding. This is the far easier of the two to master, as corner entry is neat and tidy, as you would do normally. But on corner exit, give it a bunch of throttle and counter the oversteer with the steering. Give it the right amount of opposite lock to hold the slide a bit, as too little will straighten out the car and too much will spin it, and then straighten the car out at the end. Anyone who’s done any track time has probably dabbled in a bit of powersliding, as it’s something all gearheads love to do.

Drifting is a bit more difficult, as it requires deliberately getting the car sideways before corner entry. To coax the car into such a sideways slide, you need to break the rear tires loose quite dramatically. One way to do that is to perform a “clutch kick”, which is just a swift stab of the clutch pedal. This quickly spikes the revs and breaks the rear tires loose, sending the car sideways almost immediately. Another way is to pull the handbrake and step on the clutch at the same time, releasing both once the car starts to slide and holding the drift all the way through the corner.

Either way, sliding cars about is something we all love to do. It’s what’s made shows like Top Gear so fascinating over the years. Chris Harris made a living of expertly sliding cars around. So check this video out to see an M2 slide around in smokey fashion and to learn how to both drift and powerslide a rear-wheel drive car.

2 responses to “VIDEO: Powersliding vs Drifting in a BMW M2”