The 2016 MINI Convertible is one of the most attractive models in the current line-up of the British manufacturer. And even though winter is rapidly approaching in some parts of the world, in other areas open top motoring is still possible, which makes the review posted below more than relevant. The guys from MotorWeek took a Cooper S model out for a spin and praised almost everything about it.

In recent years the MINI models have, admittedly, grown in size. However, what still makes them special is the fact that despite this noticeable weight gain, they still handle great. That was emphasized by MotorWeek as well who also recommended going for the Cooper S model,  as the extra power would come in handy to deal with the added heftiness brought on by the drop top. 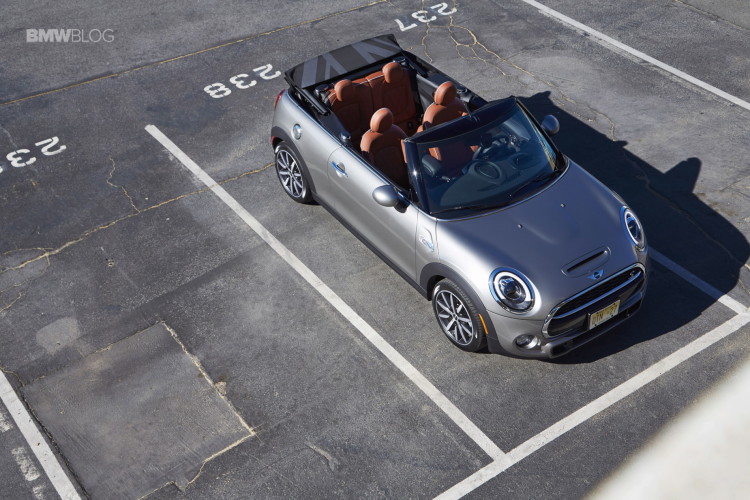 Speaking of which, the difference between the Cooper and Cooper S is not just the amount of power they have at their disposal. The Cooper uses a 3-cylinder 1.5-liter turbocharged engine making 136 PS which is enough for the normal hardtop but starts to sweat a bit when fitted on a Convertible. The Cooper S on the other hand uses a 2-liter 4-cylinder turbo engine making 192 PS.

On their drag strip, the reviewers found the Cooper S accelerates to 60 mph in 6.3 seconds when fitted with the automatic 6-speed gearbox while the 1/4 mile is done in 14.8 seconds at a trap speed of 97 mph. Decent numbers for a car that wasn’t particularly developed for the drag strip. Even so, it did show exemplary handling numbers on the test track, with little understeer and a very good behavior altogether.

In the end, the biggest issue they had with the car was its pricing but that can be solved by keeping the optional features to a minimum. Just tick the Cooper S box and then save the rest of the money for a new adventure as this car’s DNA will be begging you to take it out into the world.