Around Europe, the most popular choices when it comes to the BMW 3 Series and 5 Series models are the ’18d and ’20d models. That’s perfectly explainable as the two offer the best mixture between performance and frugality. However, they do have a flaw and quite a big one, depending on who you ask: their exhaust sound. Diesel mills are known to be less than enthralling in this aspect and solutions to the matter have been scarce.

That’s if you don’t want to cheat. The thing is, no matter what exhaust you may want to use, the sound of a compression-ignition engine can’t match up to a petrol one. So what’s there to be done? Well, Audi has been using an active sound exhaust for quite some time now on some of its models. They have speakers integrated in the rear mufflers that simply play sounds other, more exciting cars make. And while some have said this is just despicable, others understand the reasoning behind it. 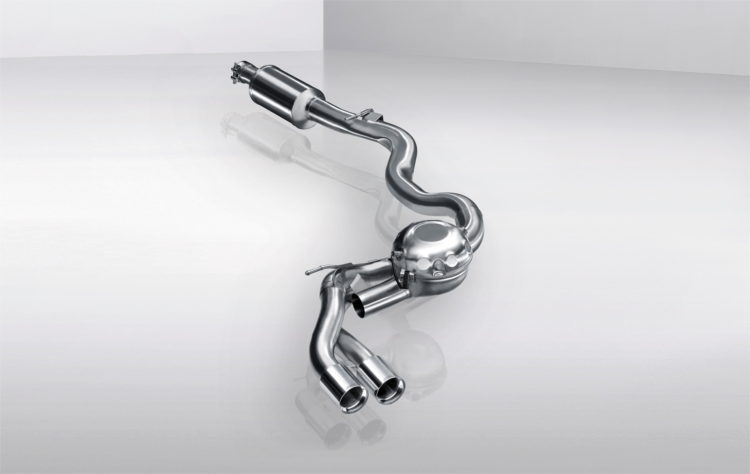 If you own an E90 3 Series with a 2-liter diesel engine and you’ve been desperately looking for a way to mix your mpg numbers with a little more ‘soul’, the guys from InsidePerformance might have something for you. Their active exhaust brings the sound of a V8 to your car’s rear end for just a bit over 1,000 Euros. The same system is offered by BMW for some 1 and 2 Series models as part of the M Performance aftermarket line-up but they are considerably more expensive.

The system offered by the German company uses a speaker that can be controlled via the cruise control buttons, with which you can even adjust the sound, not just turn it on or off. You can change the noise made when the car starts up and even the replicated idle speed and a lot more factors. For this kind of money, we’re hard pressed to find a better solution but then again, some may consider it cheating. What’s your take on it, would you be interested or is it just ‘despicable’ to cheat bystanders like this?