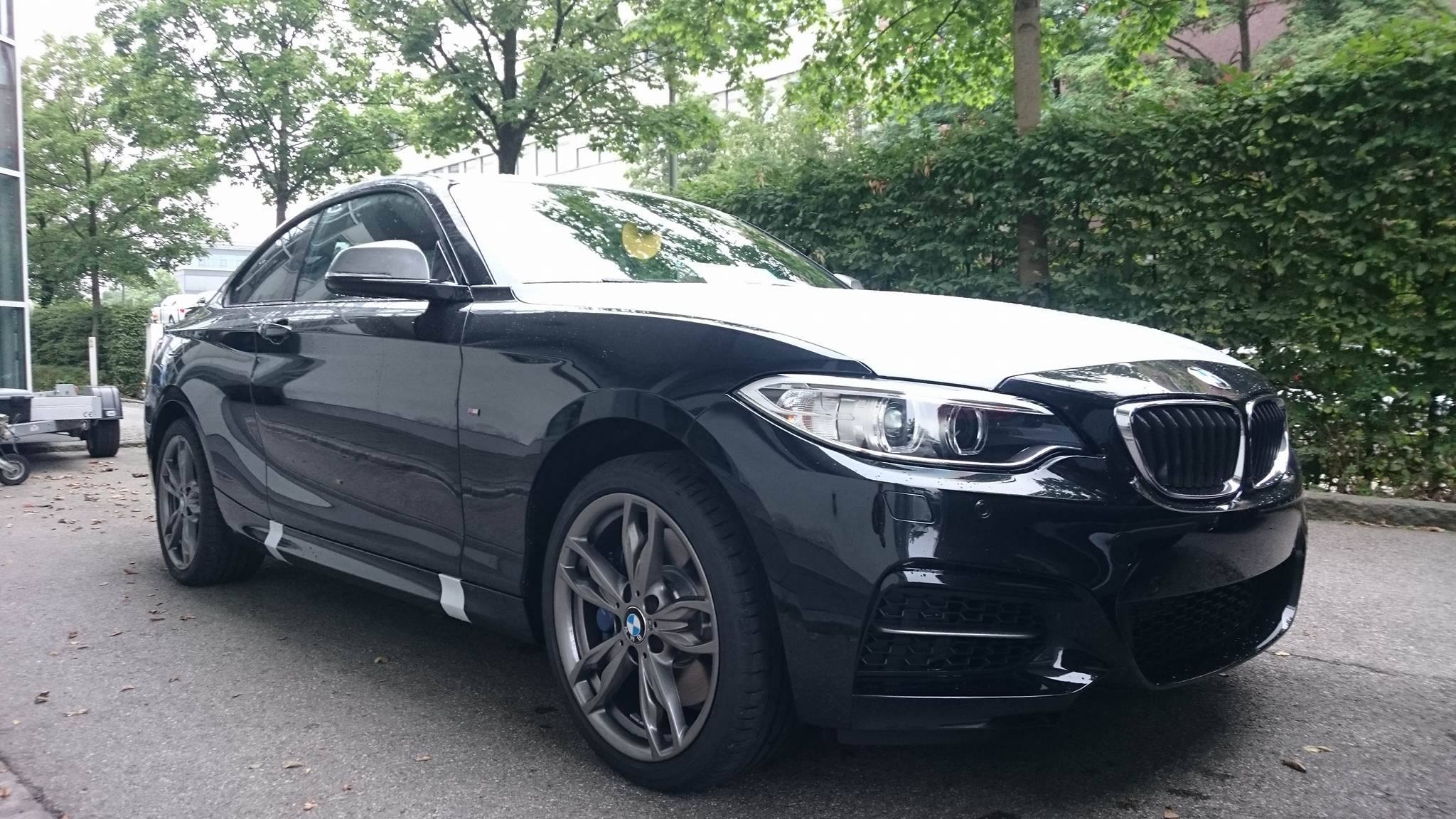 The BMW M240i has a bit of a problem. Despite how good it may be, its slightly more expensive sibling, the BMW M2, will always be lurking over its shoulder. The two cars are only within a few thousand dollars of each other and the M2 is the far more performance oriented car of the two. So it has raised the question as to whether or not the M240i deserves existence. It turns out, though, that it does, as the two are completely different cars.

If you drove both back to back without seeing either, you’d suspect them to be completely different cars that share no familial bond. Despite being build on the same chassis, with the same body and the same layout, they couldn’t be more different in personality. And because they have two distinct personalities, there are specific reasons as to why you might want to buy both. Car and Driver recently drove the new M240i to find out.

While the BMW M2 is a once in a decade type of driver’s car, the M240i is less so. It isn’t the razor-sharp canyon-carver that the M2, but it’s pretty damned good in its own right. But what it loses in precision, it gains in comfort. That might not sound reassuring to a BMW enthusiast, who typically wants hardcore performance all the time, but rest assured that it’s no Lexus. It just isn’t as rock-solid firm as the M2 nor is it as loud in the cabin. The ride is better in the M240i, as is its daily livability.

But that doesn’t make it a slouch in the performance department. Its B58 3.0 liter turbocharged I6 engine makes 335 hp and 369 lb-ft of torque. Paired with an eight-speed ZF automatic, in this case, and it can get from 0-60 mph in 4.3 seconds. That’s only three tenths slower than C&D tested an M2 with a DCT gearbox. Consider how the M240i is cheaper and it actually sounds like a performance bargain.

However, its lack of handling dynamics, in comparison to the M2, are felt at high speed. It simply can’t hang with the M2 once momentum builds. But at decent speed, the M240i is very fun to drive, with accurate steering, a willing chassis and a great engine. Even the eight-speed automatic suits the engine well, so the entire car is one cohesive driving package, even if it isn’t as scalpel sharp as the M2.

Admittedly, the M240i can be optioned up very high, so high it fact that it can easily exceed BMW M2 money. Spending all of that money on a car with “M” badges on it that isn’t a proper M car sounds like a bit of a let down. However, if you want something like an M2 but aren’t willing to deal with its unforgiving ride and noisy cabin, the BMW M240i might just be the perfect car for you, price be damned.