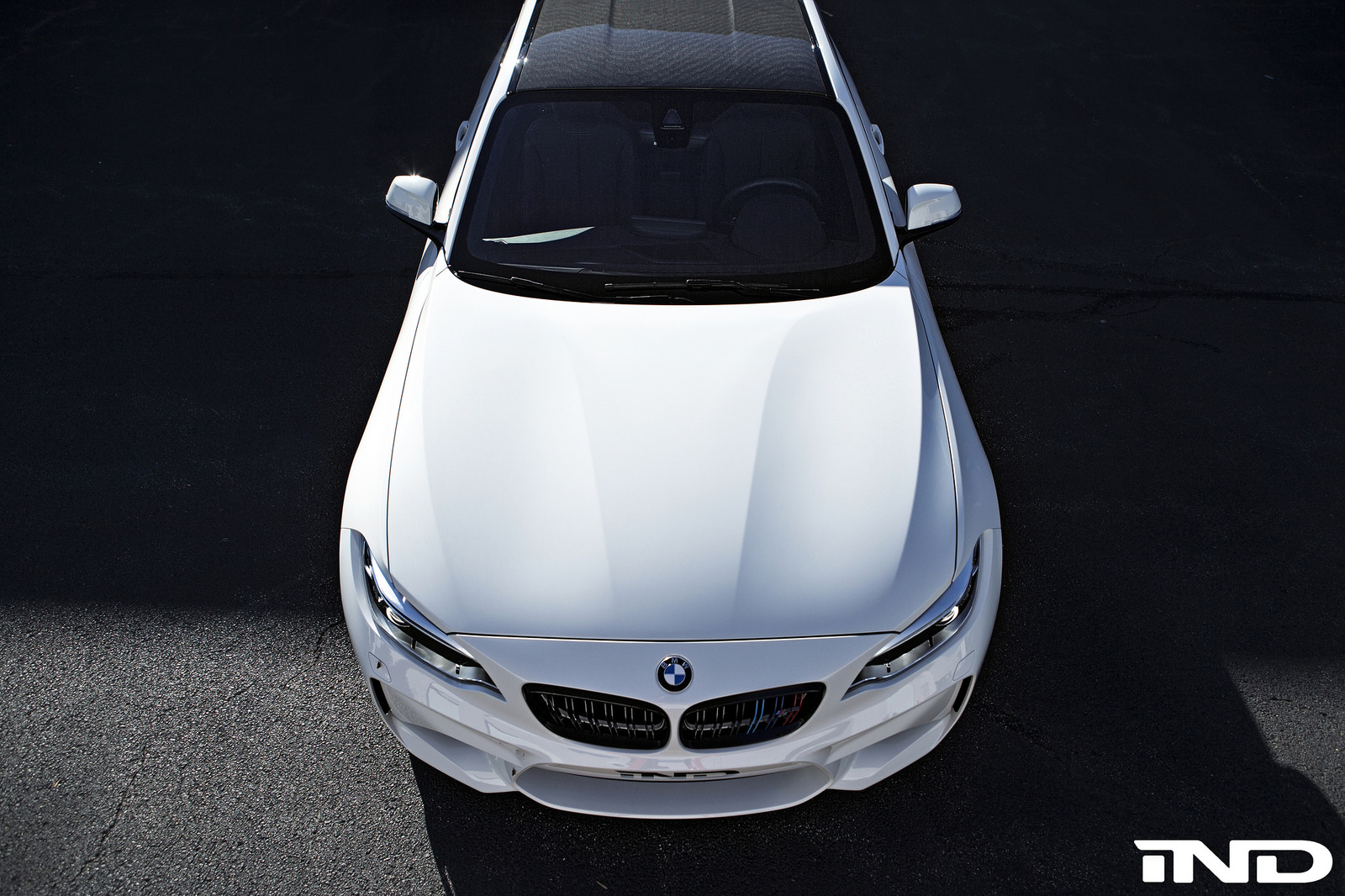 In its early testing stages, the M2 was often mentioned in the same sentence with the carbon fiber roof, a feature that every BMW fan has dreamed of. But when it launched, the M2 was shipped without the lightweight roof, a move likely to keep a gap between the compact coupe and its bigger brother, the M4 Coupe. 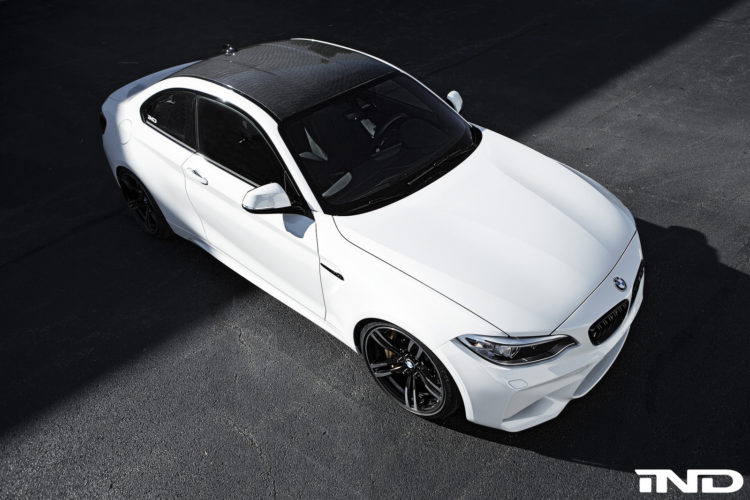 According to IND, the designers at RKP knew that they couldn’t simply produce a flat roof surface for a car with the sporting character of the M2. Instead, the F82 M4 Carbon Fiber roof was laser scanned and converted to a solid CAD model. After the M4 roof shape was analyzed and digitally measured, the surface was re-designed and modified to fit the M2’s unique body shape and proportions. All ratios were carefully evaluated, giving RKP a roof panel that is reminiscent of the M4’s roof, but specifically sized for the M2. 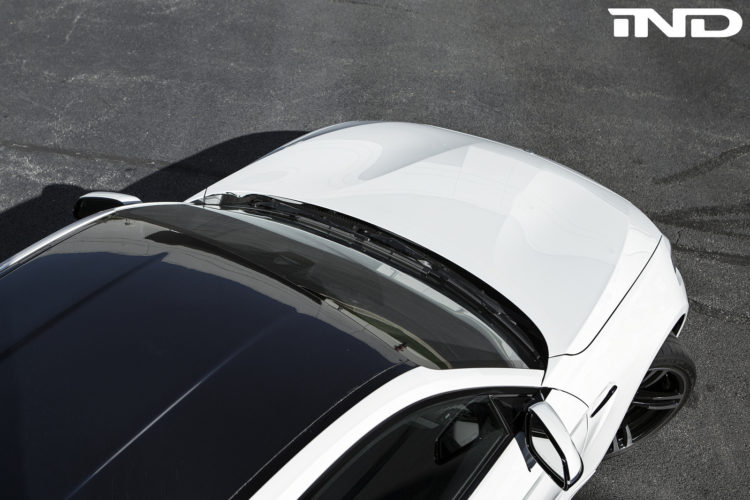 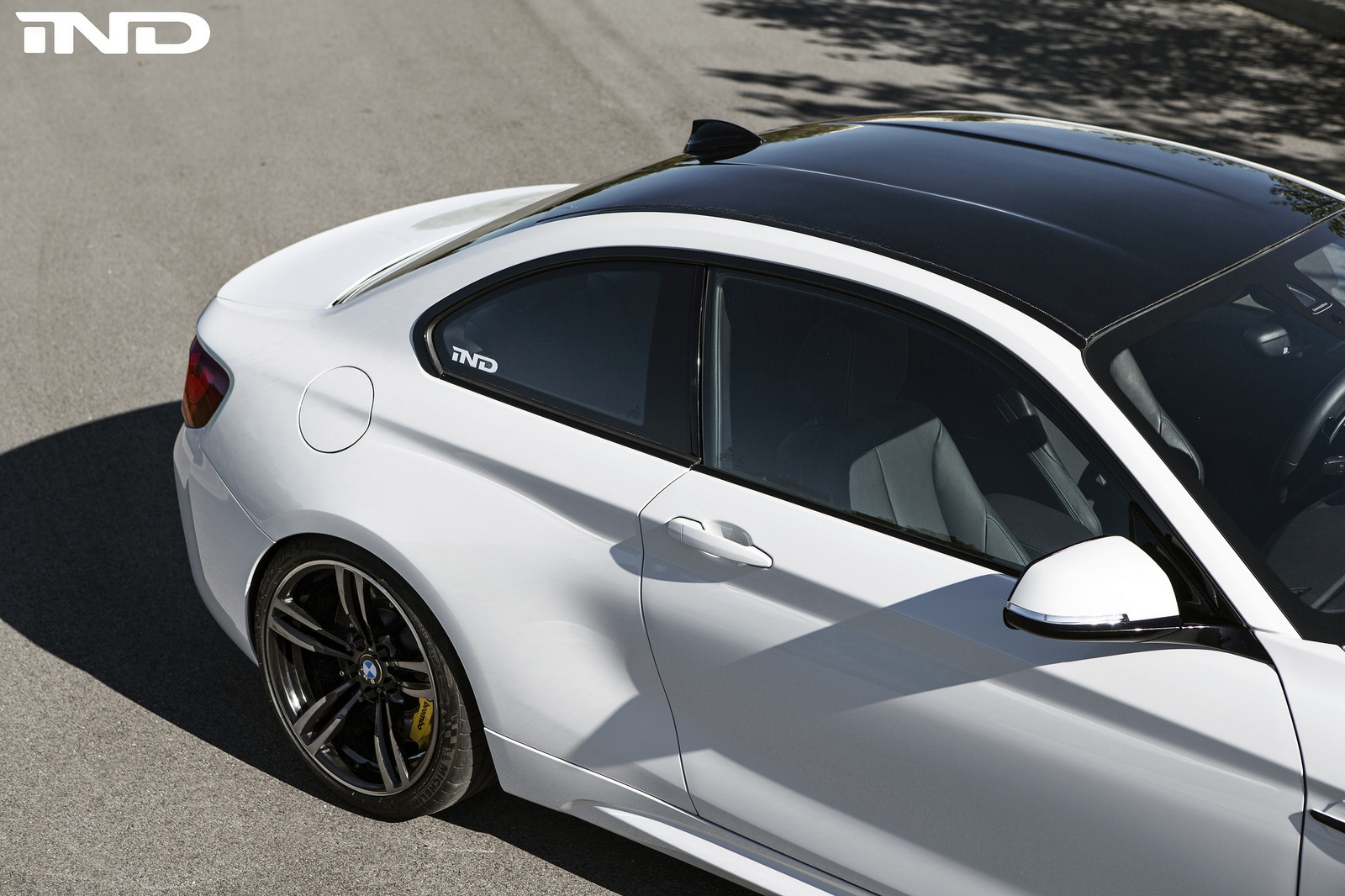 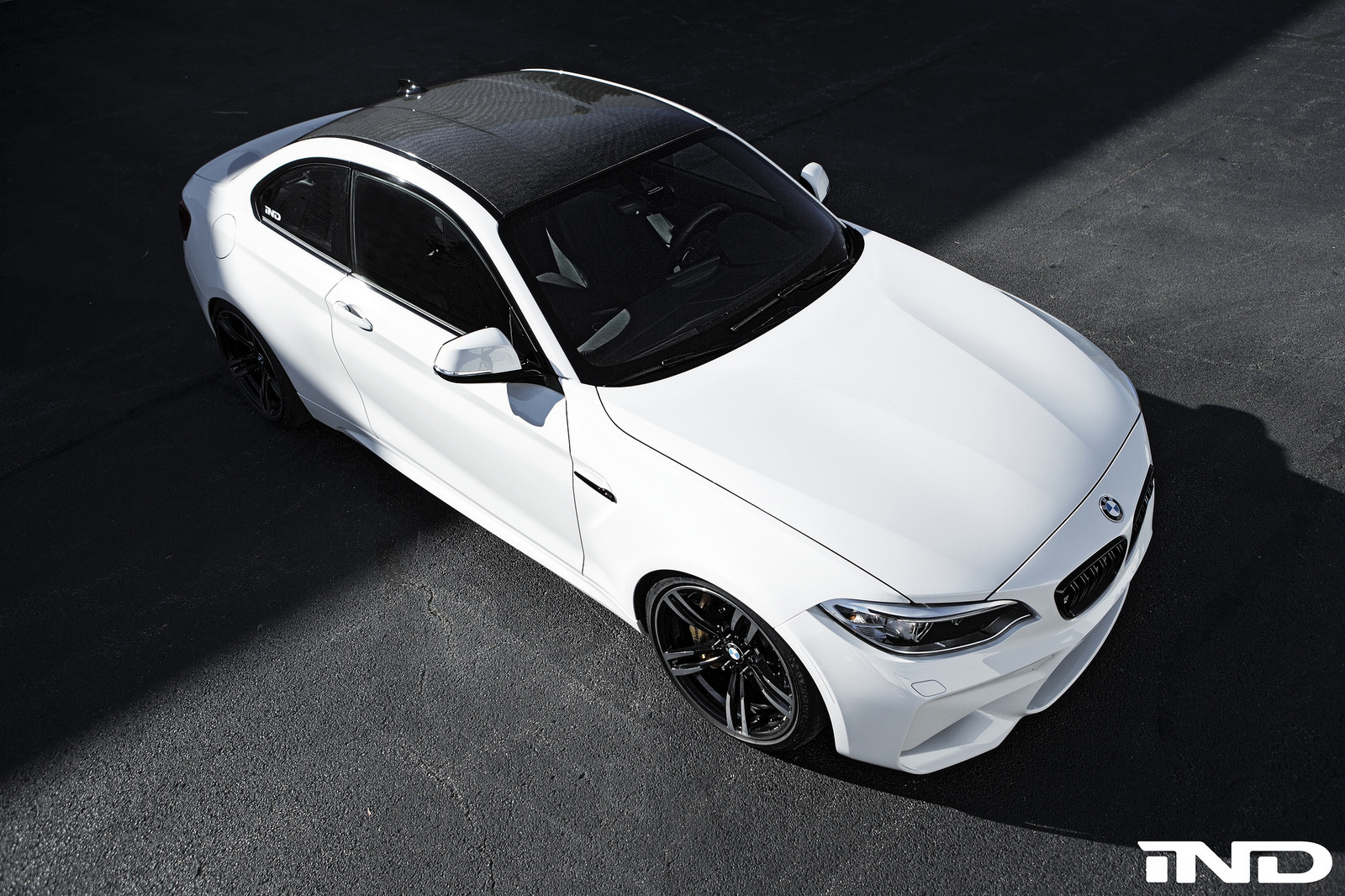 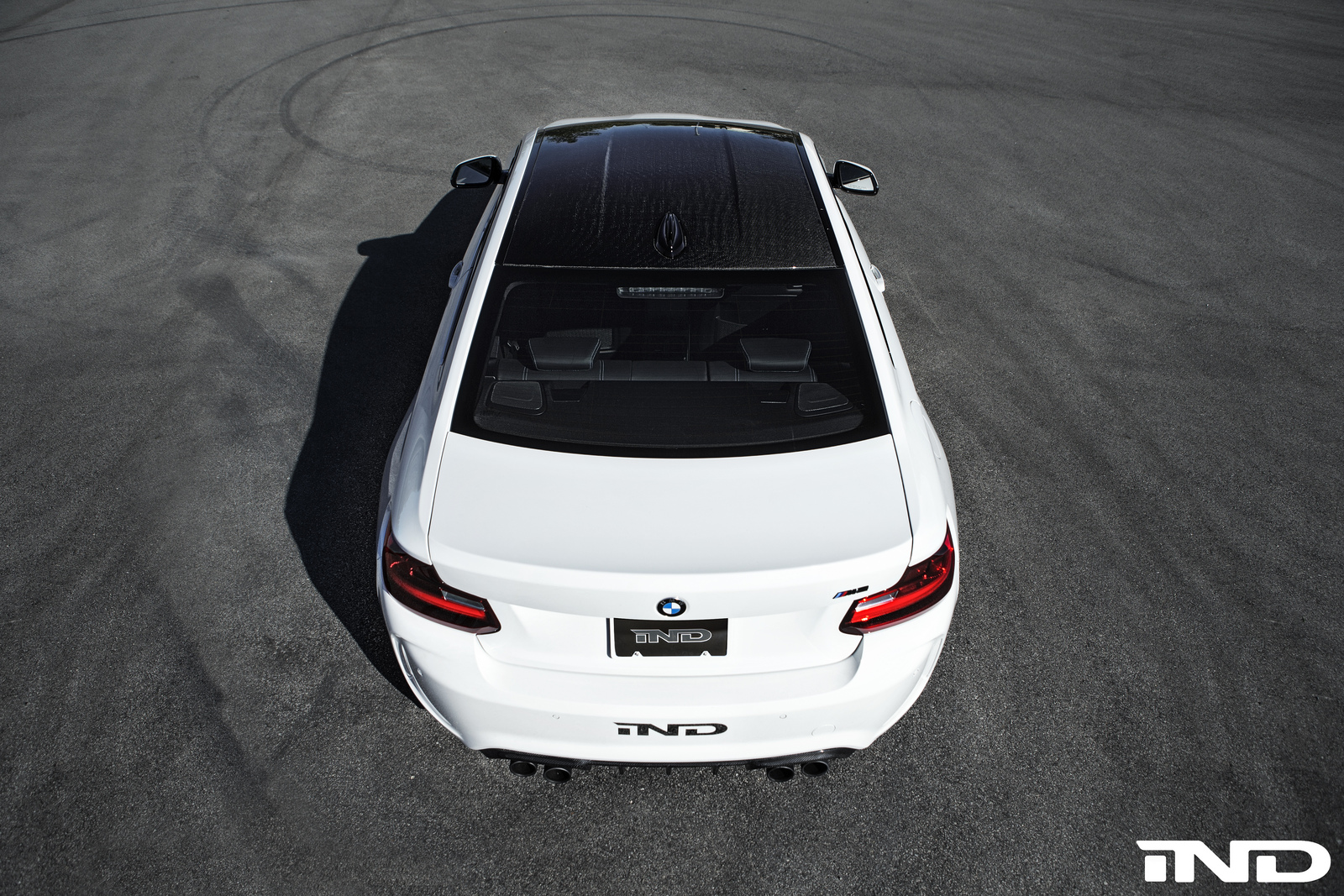 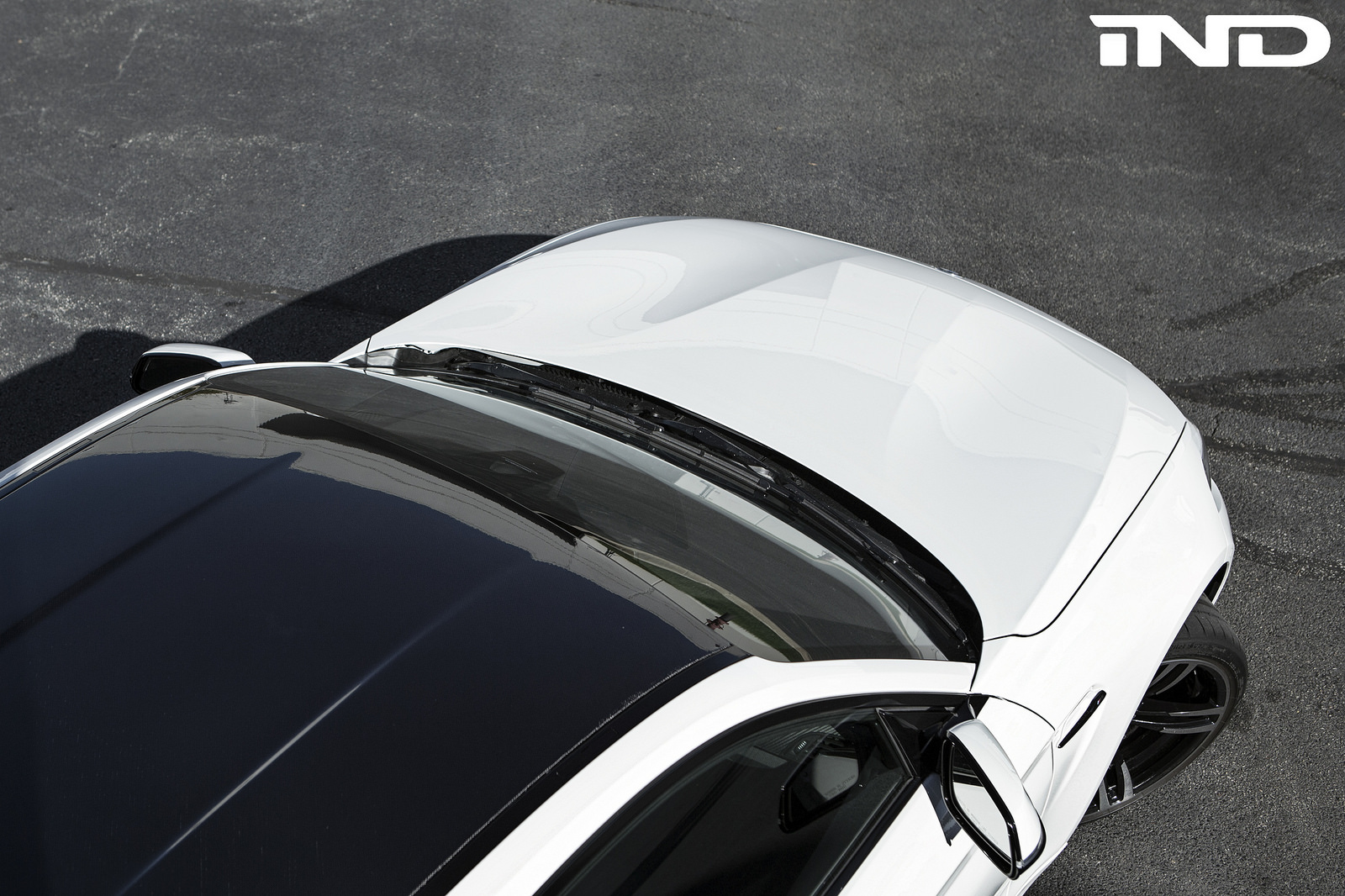