A few days ago, we showed you some spy shots of the BMW 8 Series driving around in heavy camouflage. We spoke about how good it looked, even under camo, and how it will compete with Mercedes and its S Class Coupe. There are many who seem to think that those photos are actually of the next-gen BMW 6 Series. However, we’ve officially confirmed with our sources that what we’ve seen is actually the upcoming BMW 8 Series.

Being that the 8 Series has officially been confirmed, proper grand touring will be back in Bavaria. While the current BMW 6 Series, and even the 4 Series to an extent, can provide great grand touring pleasure, the BMW 8 Series will put the emphasis on ‘grand’. With Mercedes-Benz pushing the S Class Coupe and Cabriolet, BMW needed something to fight back. The current 6er is too small and not nearly luxurious enough to compete. So BMW needs something bigger, badder and more luxurious. Enter the 8 Series. 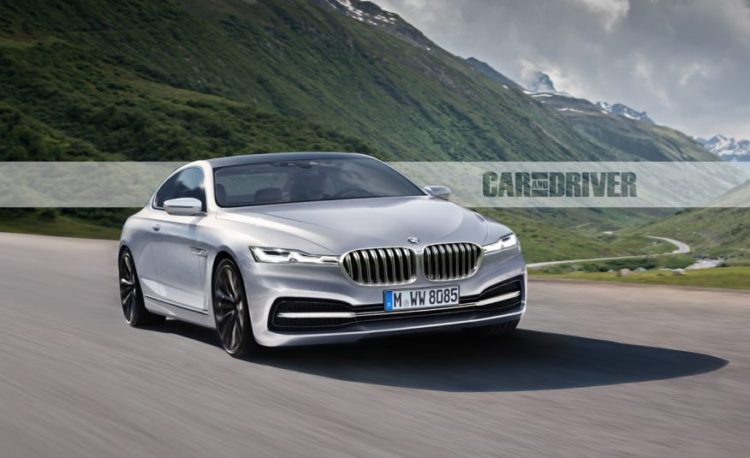 Don’t expect the BMW 740e iPerformance plug-in hybrid powertrain to make it to 8 Series duty. But it’s likely that the 3.0 liter B58 turbocharged I6 will be in 840i-spec, with BMW’s now common 4.4 liter twin-turbo V8 in 850i-spec. It’s also possible that a BMW M860i could be made, with the monstrous 6.6 liter twin-turbocharged V12 from the M760Li. That would compete with the Mercedes-AMG S65 Coupe.

Also expect the BMW 8 Series to be a bit sportier of a take on the Mercedes S Class Coupe. BMW won’t go full-blown luxury like the folks in Stuttgart, but instead pack some genuine performance blood into the 8 Series. The previous 8er, the one and only, was an attempt at this. A somewhat failed attempt, admittedly, but it was still the sportier car than its rival SL Class from Mercedes-Benz.

BMW has some great grand tourers at the moment, but an 8 Series Coupe or Convertible would bring some much-needed luxury and grandness to the Bavarian stable of grand tourers.