Up until now, the upcoming BMW 8 Series has been a bit like Bigfoot — everyone’s heard of it, but no one’s seen it. However, that’s about to change, as some spy photos of what seems to be either a BMW 6 or 8 Series, have surfaced and it’s all very exciting. You can check out the full set at Motor Authority.

We knew the Bavarians were working on a high-end luxury coupe to compete with the Mercedes-Benz S Class coupe, but we only had renders and rumors to go by. Now we actually get to see some of the 8 Series. The confusion between the 6 and 8 Series models is the result of BMW’s future strategy to move some of the 6er models to the 8 Series family while leaving a rumored Porsche competitor in the 6 Series lineup. 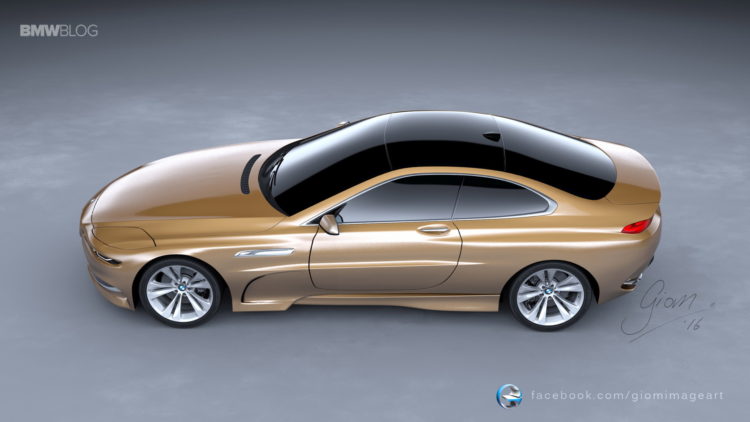 The test mules spotted are still covered in heavy camouflage, so we can only see very little. But there are basics that are exciting to see.

Based on BMW’s new CLAR (Cluster Architecture) platform, which also underpins the new 7 Series, the 8 Series will be the Bavarian brand’s new flagship coupe. The way it looks from just these spy photos, it looks very promising. It’s very long and very low. It’s seemingly the lowest and sleekest looking coupe BMW has ever made. The profile of this car looks very good, very seductive. This could be a gorgeous car.

If we look closely, from the rear three-quarters shot, we can see the outline of BMW’s famous Hofmeister Kink and if you can make that out, you can see how attractive the rear roofline is. This will be a sexy car.

We also get to see some new mirrors, that don’t seem to be on any other BMW. They’re similar to BMW’s new side mirrors but they’re sleeker and narrower. We can also make out a bit of a ducktail spoiler built into the rear decklid.

Overall, we can’t see much, thanks to the camo, but this should be a very good looking car. BMW is attempting to bring back the ultra-luxurious grand tourer that’s been gone since the departure of the previous 8 Series. BMW also needs something to compete with the stunning Mercedes S Class Coupe, a luxurious grand tourer that screams opulence. With the looks of this car from these vague spy shots, it seems BMW’s on the right track.