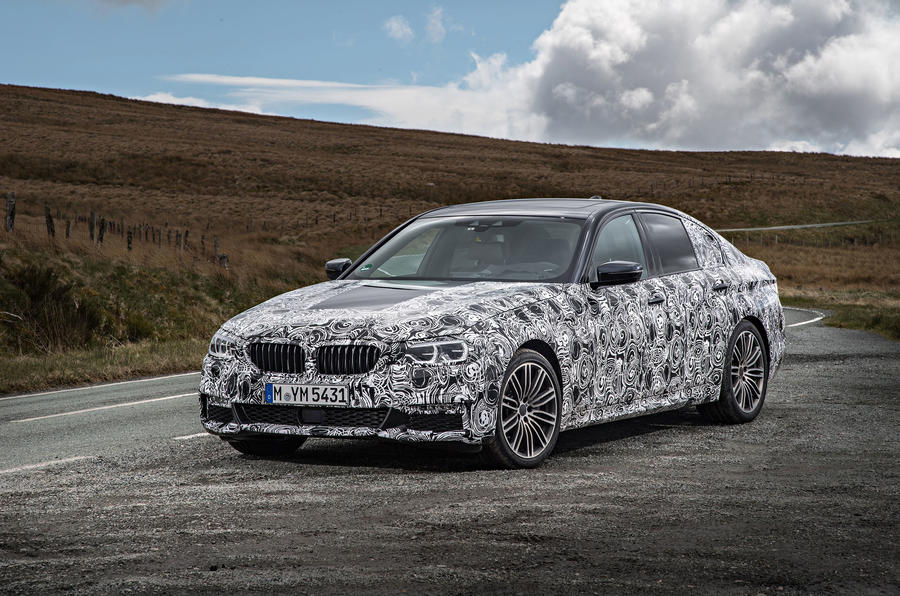 The seventh iteration of the legendary BMW 5 Series is about to be completely unveiled. The Germans are hard at work at the moment trying to put together the final touches before the veil comes off. In doing so, they are inviting some media representatives to take a stab at the new model, even though it isn’t completely finished. The aim? To see how the car could be improved even more in the limited time they have at their disposal.

The guys from Autocar were among the lucky few that got to ride in nearly finished prototypes of the car on some Welsh back roads and they came back with some of their thoughts of the new mid-size premium sedan. First of all, the new model will bring forward weight savings of up to 100 kg (220 lbs) compared to its predecessor, depending on the exact engine and specs you’re comparing. 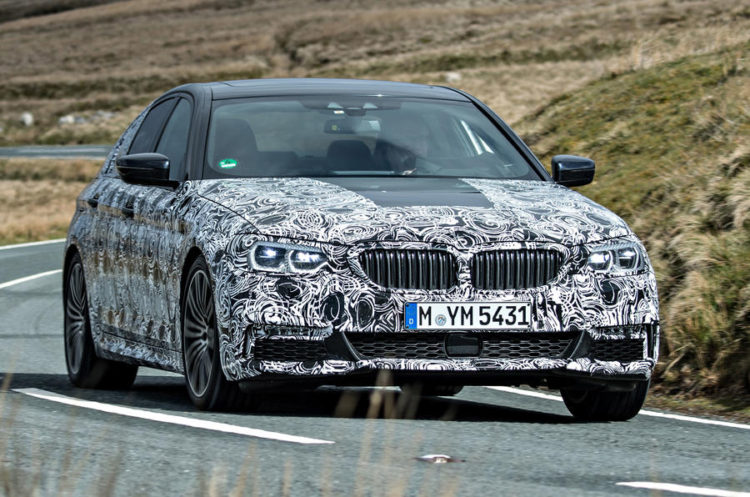 Now that will be tricky to do because the new version will also come with a lot of new model variants at the same time. The 518d and 520d models will remain basically intact as will their petrol counterparts. However, as we reported a while back, there will also be plenty of new models in the range. The 530i for example will be using a 2-liter 4-cylinder turbocharged engine good for 252 HP while the 540d will be a completely new model, fitted with a new-age B57 3-liter twin-turbo engine. The upper tier 550i will be replaced by the M550i, an M Performance model that bridges the gap between the 540i (fitted with the 340 HP B58 3-liter engine) and the F90 M5.

Leaving model names aside, the review also confirms that cars fitted with 2-liter engines will be using suspension components shared with the upcoming 3 Series while the rest of the range will be sharing some of the axle underpinnings with the current 7 Series. In case you’re worried about what that may do to the handling of the car, fret not. As Autocar puts it, this is the best handling 5 Series ever made due to a variety of revisions done to the axles. 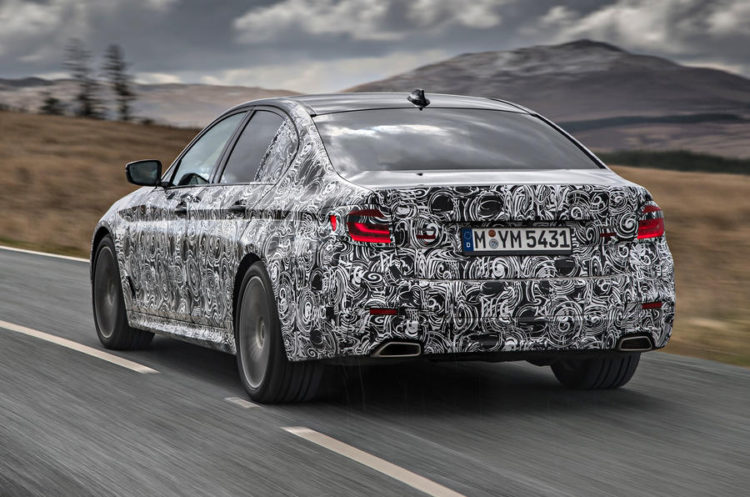 The adaptive dampers respond faster and have revised valves while the double wishbone suspension up front uses even more aluminum for less unsprung weight. All wheel drive will be offered with all-wheel drive steering, just like on the 7 Series, and will bring even more in terms of driving excitement to the table. The steering was also improved for better feedback and may very well be the best on the market once the G30 5 Series comes out. Excited yet?

As for comfort, further improvements have been done in this regard as well. As per Autocar: “It’s safe to say this is the best-riding 5 Series yet. The new chassis imbues it with a more cosseting and controlled feel over any given road than its predecessor. It is very accomplished, whether coping with high-frequency bumps around town or more undulating topography at higher speeds out on the open road. It’s quiet, too. Indeed, tire roar is very well suppressed, indicating it will be a brilliant motorway cruiser.”