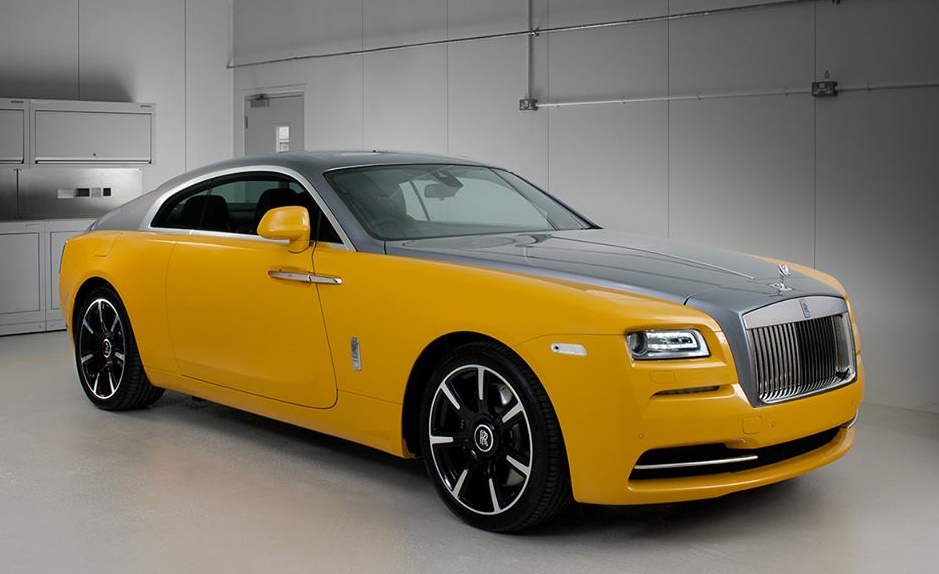 Even though Rolls-Royce claims that every model they sell is bespoke, somehow the British manufacturer continues to show off certain cars that are apparently ‘more bespoke’ than others. The most recent is a Wraith dressed up in what the Brits call Golden Yellow, a color that would usually be reserved for cars of significantly lower value. Yes, I am thinking of older Honda Civics or maybe some Nissans, of the tuning variety.

However, somehow, this Rolls manages to pull it off. After all, the Goodwood-based company does claim that the Wraith was put together to be the sportiest offering in the range, appealing to a somewhat younger audience. Apparently that’s exactly what the Wraith did, with sales of the company at an all time high at the moment. Sure, the drop-topDawn could also have had something to do with it but let’s not digress. 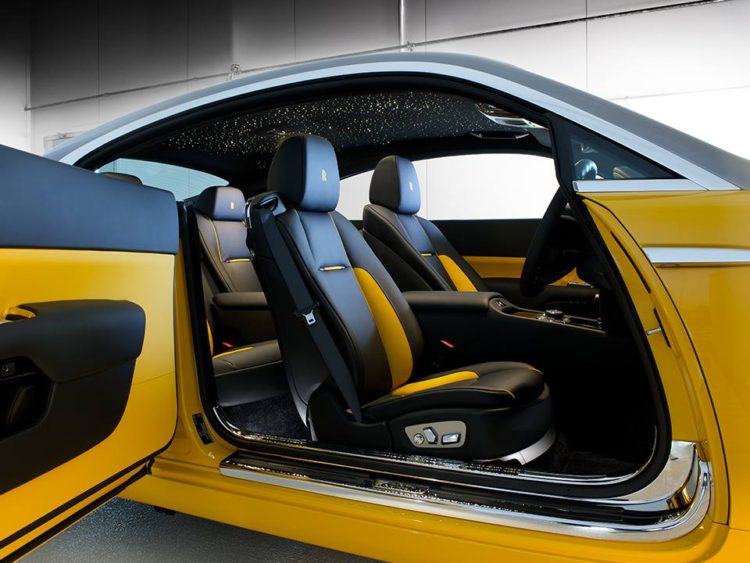 The car was done in a bi-color finish with the Golden Yellow paint being applied to the lower half of the car while the bonnet, the roof and the boot lid spoiler were done in a sort of brushed aluminum shade that is absolutely stunning. Two-tone seven-spoke wheels complete the package, being done in glossy black with subtle grey accents.

Inside the cabin, the same Golden Yellow hue was used for certain details like the double R badge on the headrests, the seats and the dash trims. Viewed against the dominantly black interior, the cabin as a whole starts to look rather stunning. Chip in the monstrous power the 6.6-liter V12 engine under the hood makes and you could be racing older Civics in no time. 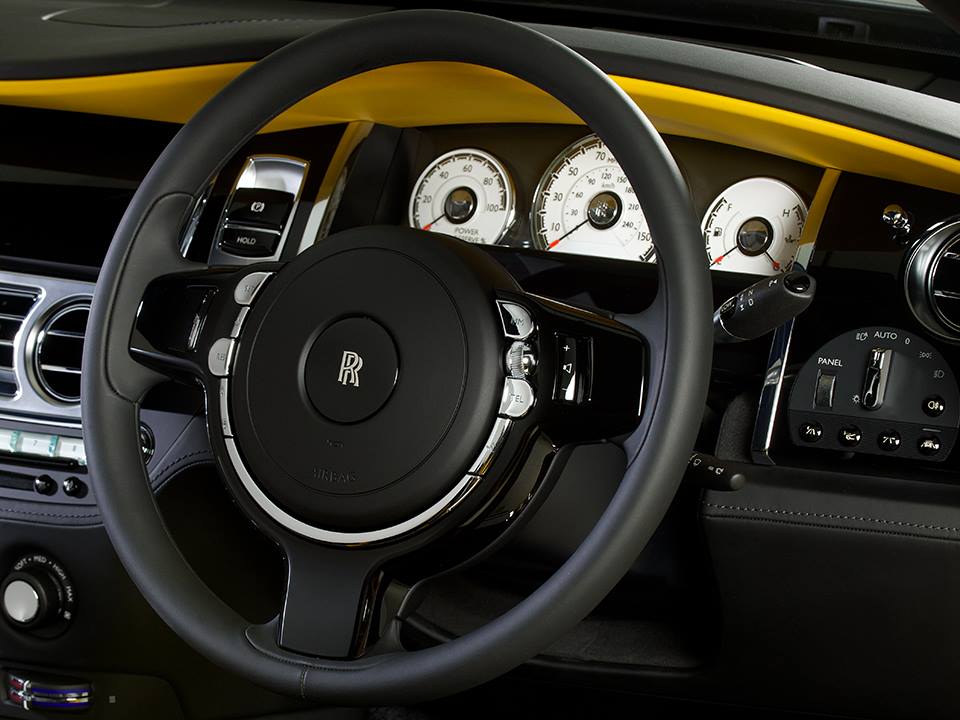 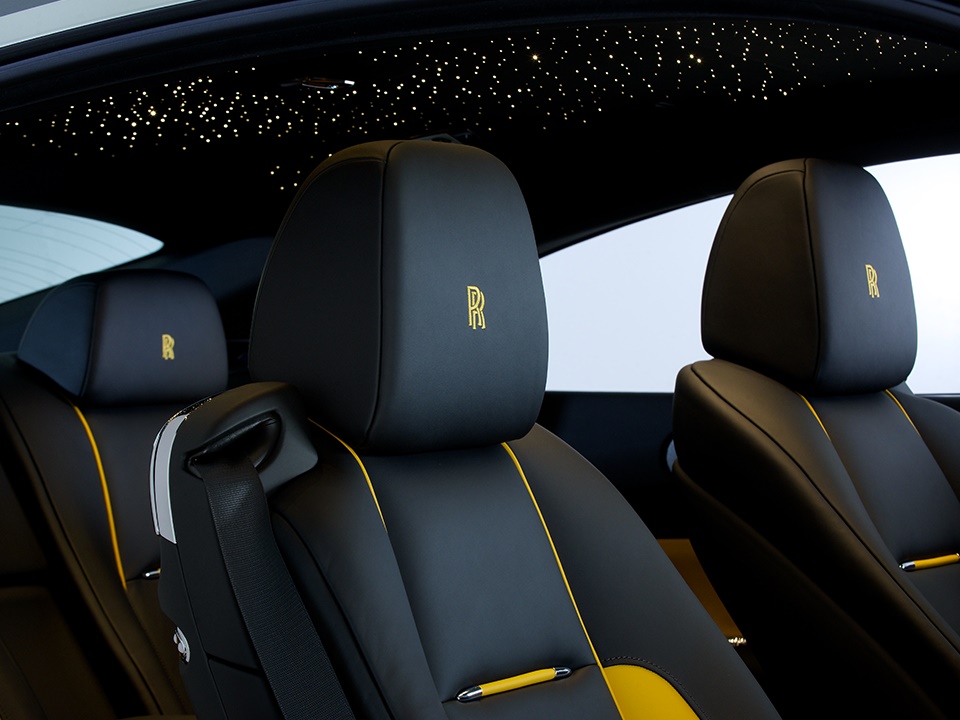 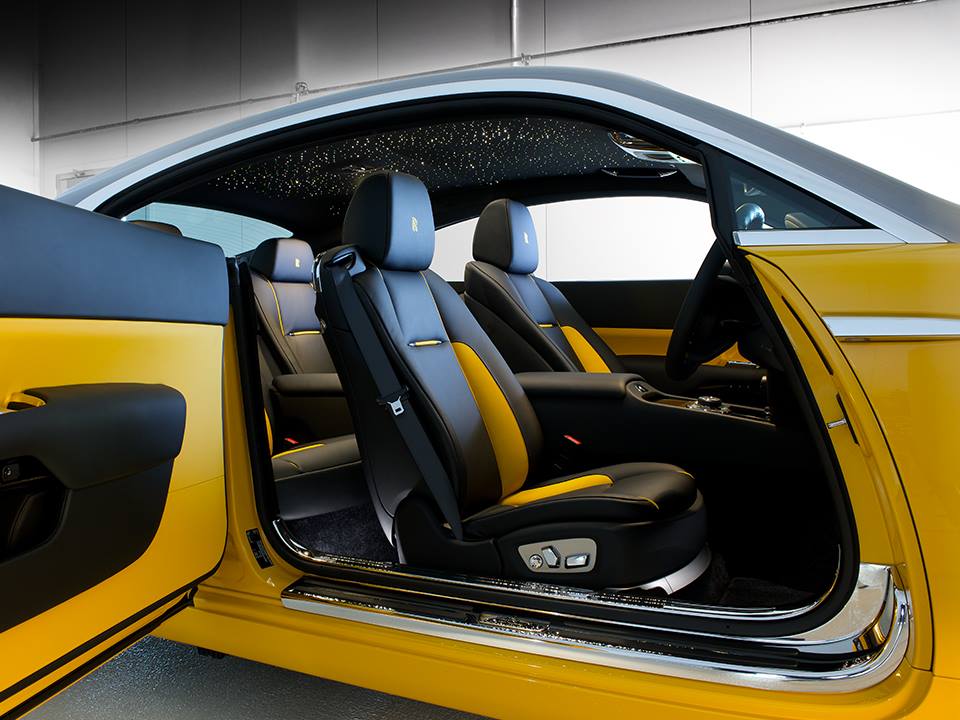