BMW recently replaced the aging N55 engine in the M235i with the brand’s new B58 engine. Following the engine update, as well as some minor chassis updates, it’s now called the BMW M240i, to match the 340i and 740i. Since its new engine upgrade, there are many BMW enthusiasts who wonder if the BMW M2 is worth the extra money over the M240i, because of the latter car’s impressive performance.

An M2 owner by the name of Joe Achilles has a YouTube channel dedicated to his cars and in his recent video, he tests the M2 directly with the M240i, to see which is better. He brings a friend along to drive both cars, as his friend is an experienced driver and knows a thing or two about how cars handle. So his friend hops in the M240i first to see how it gets on. 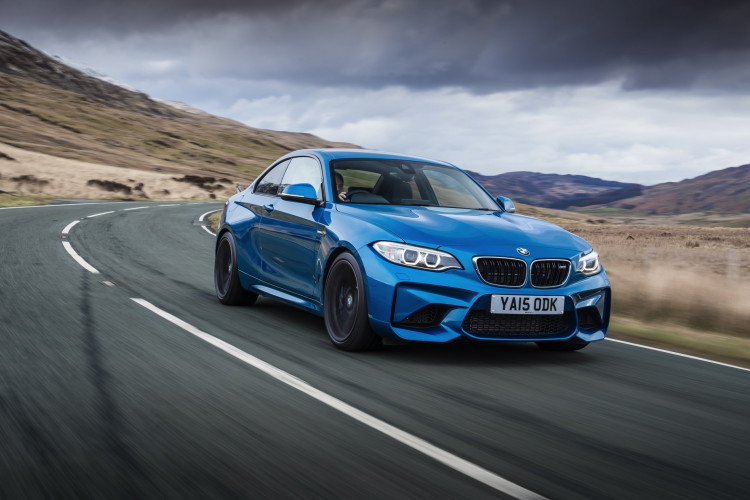 One thing you notice, almost immediately, is just how fast the M240i is. The new B58 engine provides a claimed 320 hp but, as we’ve previously learned, it’s likely a lot more than that. So the M240i is a little rocket. Paired with the ZF-sourced eight-speed automatic, the little 2er simply flies down the road. It makes a good noise, too. Joe’s friend ends up liking the M240i mostly, with his only complaints being about the slightly numb steering and some interior bits. However, they both agree that it’s a superb performance value and could easily be used everyday.

However, Joe continues to claim that the BMW M2 is a different animal altogether. While both cars are similar in performance, he claims that the M2 is just leaps and bounds ahead of the M240i, in terms of driving experience. It’s sharper, more dynamic, has better steering and more planted to the road. It’s the better driver’s car of the two, according to him.

So the friend hops in the M2 next and the first thing you notice is the noise difference. While the M240i sounds nice, with a sort of muted, metallic growl, the M2 flat-out roars on start up. It’s properly loud and sounds very nice. After setting off, he immediately admits that the M2 feels completely different. It feels better on the road, more planted, more solid. It’s also a lot firmer, with the dampers in Comfort being more harsh than the M240i’s in Sport. It’s a stiff car. But it’s also the more engaging car and more enjoyable to drive.

After that discovery, they decide to have a couple of mini drag races to see how fast each car is. From a rolling start on public roads, they both line up next to each other and pull as hard as they can in first gear. Almost every time, the BMW M2 was just a bit faster, but the M240i hung on so close and even started to gain on the M2 down the stretch. It was so close, in fact, that they kept doing race after race because they couldn’t believe just how fast the M240i was. 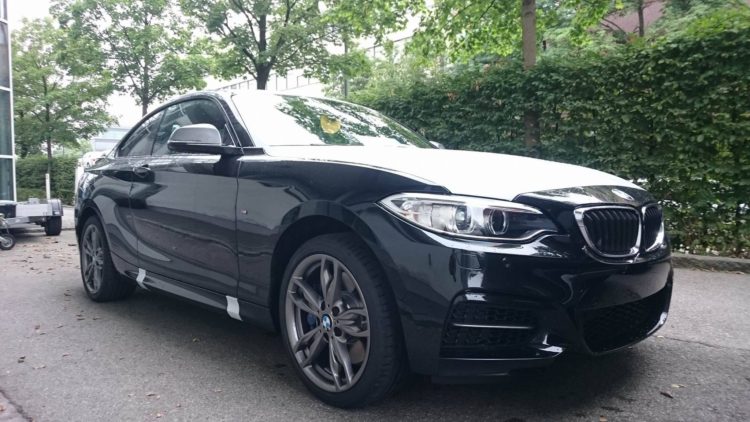 After their racing, they sit down to have a couple of pints and talk about both cars. The conclusion they come to is pretty much what they had said all along, only now they feel even more strongly about the M240i’s capabilities. They all agree that the M2 is the better car, as it’s sharper, more dynamic and more exciting by a large margin. But they also all agree that the M240i is just as fast and a massive performance bargain.

Now, to be fair, if you were to spec the M240i up to M2 levels of equipment, the former would actually be more expensive. So, in reality, the M2 is the real performance bargain. But, if you can forgo some options and get a base-price BMW M240i, you’ll save yourself some money and get a car that’s just as fast, almost as fun and even more comfortable than the BMW M2.