Home » Cadillac vs BMW: How Do Cadillac Sedans Stack Up? 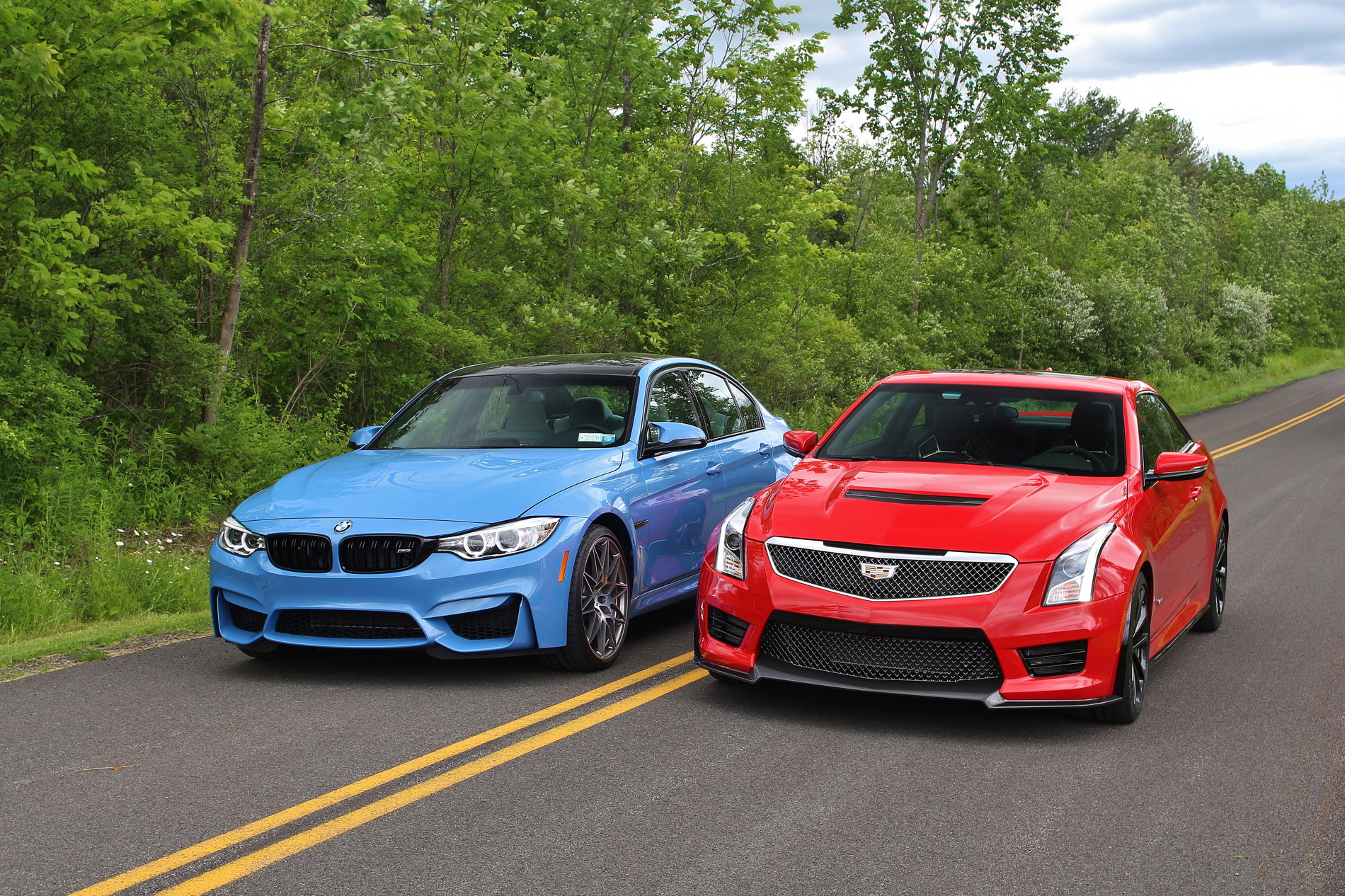 Okay, so the idea that BMW is starting to lose a bit of its luster is a tired one. We know that while the current flock of BMW performance vehicles is overall less dynamic and less exciting than the lineups of the past. It’s no secret that cars like the BMW M3 and BMW M5 aren’t as good as many of the models that came before. However, they’re still excellent cars that demand respect in the automotive world. And there’s no better proof of that than to look at Cadillac.

The famous Detroit brand has been looking to topple BMW for almost a decade, now. With each new performance or luxury model that Cadillac develops, it has a BMW squarely in its sights. And there’s no better flattery than mimicry. So Cadillac’s current stable of sedans takes aim directly at BMW’s, with each one having a specific Bavarian in sight. The Cadillac ATS targets the BMW 3 Series, the CTS at the 5 Series and CT6 mainly at the 7 Series.

But how do all of these Detroit-based (actually, Manhattan-based now) sedans stack up against their Bavarian competitors? Well, The Verge tested all three Cadillac sedans to find out.

First up is the turn of the Cadillac ATS-V, the brand’s fiercest 3 Series competitor. With its sights set squarely on the BMW M3, the ATS-V is a genuine performance machine. With its 3.6 liter twin-turbocharged V6, the ATS-V develops 464 hp and 445 lb-ft. Both of those numbers best the M3’s 425 hp (444 with Competition Package) and 406 lb-ft. Despite the extra power advantage, the ATS-V isn’t really any faster, but it’s still damn fast. However, according to The Verge, where the M3 is a bit of a terror, as it tries to get sideways at all times, the ATS-V is the smoother, more graceful machine. It is also said to ride better, as its Magnetic Ride Control helps smooth out bumps better than the M3’s stiffly sprung suspension.

On the inside, the ATS-V is a mixed bag. Its Recaro seats and suede everything are very nice, but its CUE system is a mess and its back seat is really cramped. Overall, though, The Verge thought that the Caddy was the better overall car than the BMW M3.

Next up is the turn of the Cadillac CTS-V, a bonafide BMW M5 competitor. However, where the ATS-V was the smoother criminal than the M3, it’s the M5 that has the smoother moves than the CTS-V. The BMW M5 is clearly a luxury machine when it isn’t ripping your face off with torque. Its suspension is smooth and supple and its cabin is quiet. However, put your foot into it and its a tire-roasting monster. On the flip-side, the Cadillac CTS-V is always trying to munch its tires. It always wants to play hard and its 6.2 liter supercharged V8, making 640 hp and 630 lb-ft of torque, makes it very easy to do so. The BMW M5 is a very fast car, with its 560 hp and 500 lb-ft from its 4.4 liter twin-turbo V8, but it simply isn’t as manic as the monstrous CTS-V.

While The Verge thought that the BMW M5 is the better daily driver, thanks to its better suspension and more luxurious cabin, they also felt that the CTS-V was the more desirable car. And while the M5 is probably better to drive everyday, you don’t by a car in this segment for sensibility. You buy a car like the M5 or CTS-V based on desire, and the latter is the one they desire more.

So far so good, for Cadillac. If the brand is trying to take the Bavarians head on, it seems to be doing pretty well in the performance department. Where the American brand starts to fall down is in the luxury department. Cadillac’s new CT6 is the brand’s new flagship vehicle, being its most luxurious and expensive sedan. However, it does have some issues and a lot of it has to do with pricing.

The Cadillac CT6 starts at $54,000 and that gets you a 2.0 liter turbocharged four-cylinder engine. And while that’s competitive with the BMW 5 Series, it’s a bit less capable of a car and more of a luxury car. It also doesn’t quite work against the much more expensive BMW 7 Series. In that regard, the Cadillac CT6 can also pack a twin-turbocharged V8 for almost $90,000. While that pricing puts it in the same range as the BMW 7 Series, it doesn’t have the luxury, technology or performance to compete with the Big 7.

You can start to see Cadillac’s problem with the CT6. It’s a bit of a ‘tweener that doesn’t really compete with either Bavarian very well. It’s a bit too big and soft to compete with the 5 Series and not luxurious enough to take on the 7 Series. So if finds itself in this weird limbo between both. The problem with that is that most customers of either the 5 Series or 7 Series aren’t going to want to leave their cars for the CT6.

And, while it’s a very good car and does drive nicely, the CT6 doesn’t drive anywhere near as wonderfully as the BMW 7 Series. So, as far as flagships go, BMW still has Cadillac beat.

However, it is interesting to see how close Cadillac is getting. Both it and Jaguar seem to be the toughest competition the Bavarians are current facing. If Cadillac can improve on luxury, technology and in creating a proper flagship, the Detroit Giant can once again consider itself in the upper echelons of the luxury/performance car world.

17 responses to “Cadillac vs BMW: How Do Cadillac Sedans Stack Up?”