Yesterday, the new BMW M6 GT3 race car enjoyed its first major win in an endurance race, managing to claim a victory in this year’s 24-hour Spa Francorchamps race. Whether it is a coincidence or not, AC Schnitzer decided to launch a short video of its ACL2 racer today, on the same famous track, showing us what they can come up with if they let their imagination run wild.

Unfortunately, the car you see here is not for sale and, for the moment, AC Schnitzer is claiming they won’t offer this kit in the future either. The reason behind this decision lies with the fact that this is an atypical experiment, one that was done just to see how good the chassis of a BMW M2 is when pushed to the limit. Unlike other projects from ACS, this one had a heart transplant.

The engine under the hood is no longer an N55 unit but an S55 coming from a BMW M4. With AC Schnitzer’s special love and care, the output of the mill was taken up from 431 HP to 570 HP. That’s not all though. To keep things in check, the car also received a new rear differential from Drexler with a lock between 25 and 95 percent that allows for extra quick cornering. 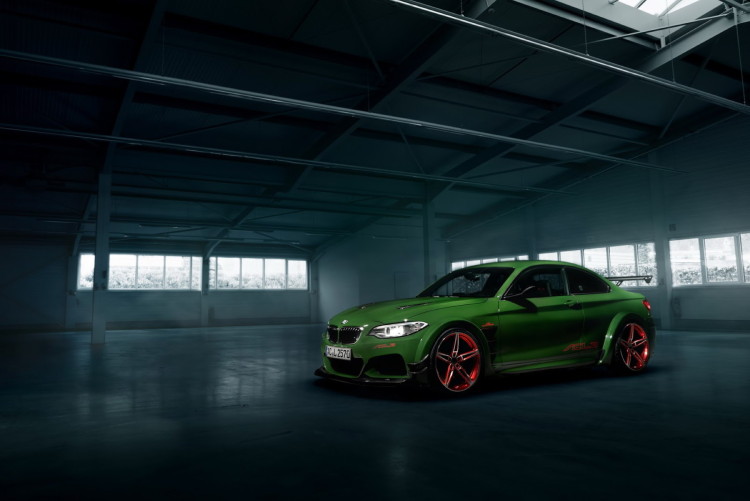 Since weight was an important factor in the development of this car, the tuner wanting to make it as light as possible, some weight-saving features were included in the mix. For example, the ACL2 uses a lighter battery than the standard M2 while the intake is now completely made of carbon fiber. As a matter of fact, the Aachen-based engineers have made the ACL2 so light that, with 2.59 kg per hp, it puts vehicles like the Ferrari 458 Italia or the Porsche 911 GT3 RS in a rather tricky situation.

With an acceleration time of 3.9 seconds to 100 km/h (62 mph) and a top speed of 330 km/h (206 mph), it seems like the people in Aachen are not just bragging about their car, but that it can also deliver. According to the tuner, the car in its current shape would cost about €149,000 which is probably why it will remain a concept for quite some time.