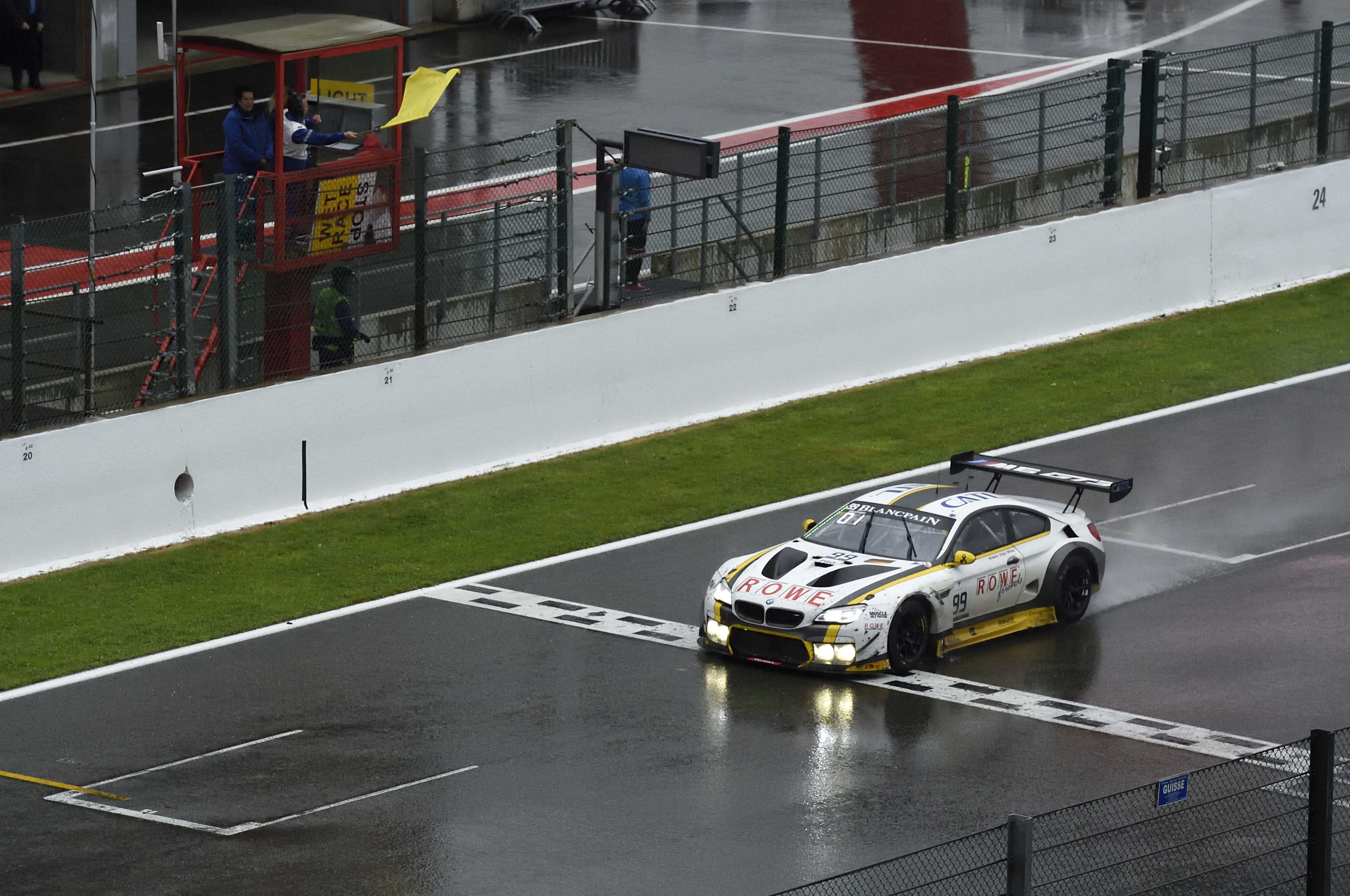 The BMW M6 GT3 Endurance Race car just won its first major endurance race at the 24 Hours of Spa today. Alexander Sims drove the No. 99 BMW M6 GT3 for the ROWE Racing Team and beat out the No. 88 AMG-Team AKKA ASP Mercedes-AMG GT3, driven by Felix Rosenqvist for the win. Sims won by just 1 minute 55 seconds, making this a thrilling finish.

For most of the race, the BMW M6 GT3 battled Bentley and its factory team No. 8 car. It was a close battle until the end of the race, when Bentley was forced to pit for the minimum pit time requirement of 2 minuted and 15 seconds. This caused the Bentley to fall from second place and ultimately out of a podium finish. It was a rough blow for Bentley, who had competed well throughout the entire race.

In fact, both the No. 8 Bentley and No. 99 BMW exchanged leads throughout there race. But the Bentley’s right rear tire puncture caused it to pit and lose it the race. It isn’t all good news for BMW and the ROWE Racing team. The N0. 98 BMW M6 GT3 was forced out of the race with gearbox failure.

However, this is great news for BMW and its M6 GT3, as the brand’s new race car gets its first major endurance victory. Ironically, the car the M6 GT3 replaces, the BMW Z4 GT3, won the 24 Hours of Spa last year. So that makes back-to-back victories for BMW at Spa with two different cars.

The BMW Z4 GT3 was one of the most successful endurance cars in the sport’s history, so when it came time for BMW to replace it, fans were nervous of the results. However, it seems that the M6 GT3 has been doing the Z4 GT3 proud and this win at Spa cements that.