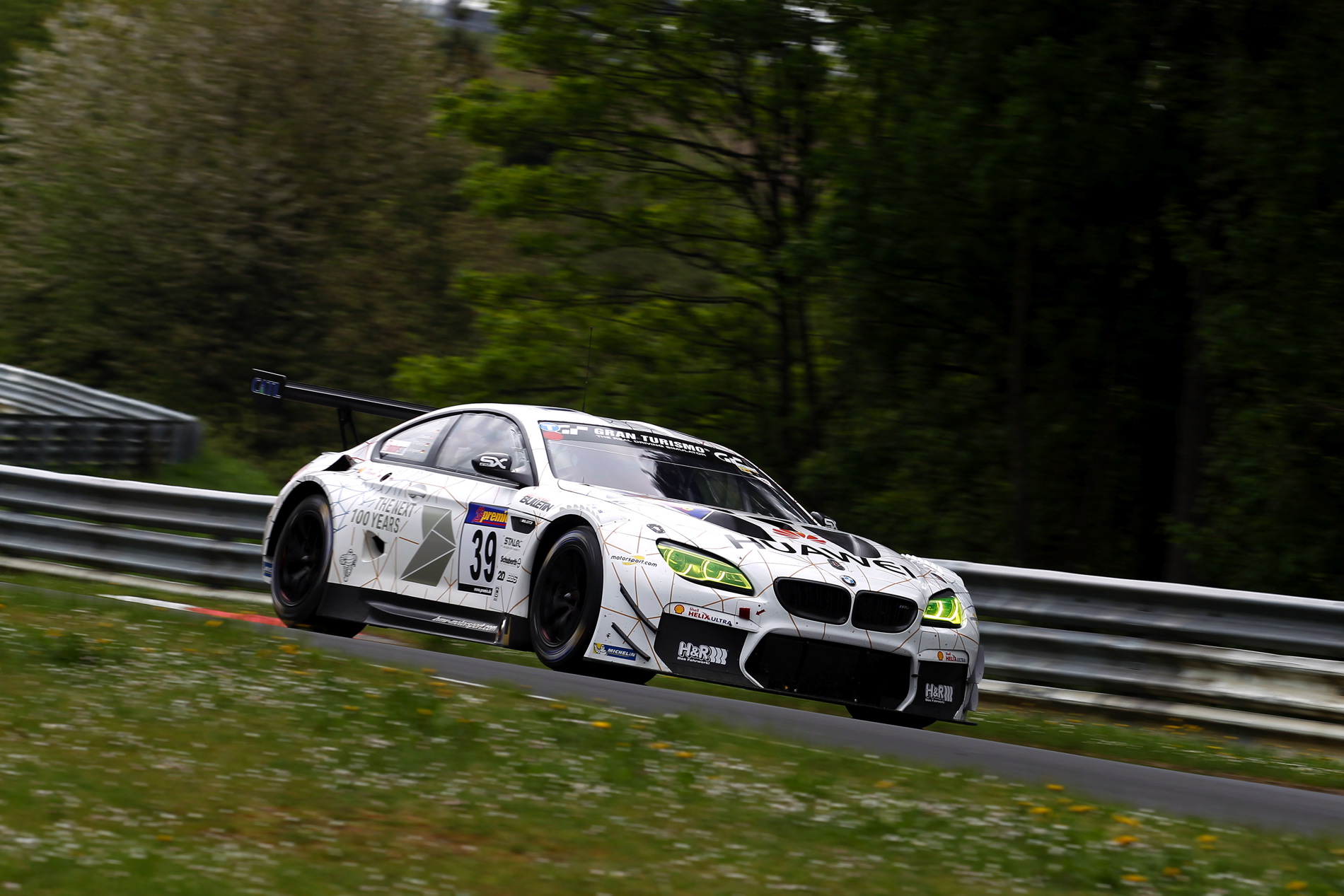 You’ve probably seen a ton of promotional videos of sports cars being driven next to race cars, listening to a voice over tell you that the sports car is born and bred from the race car it’s next to. That’s just a bunch of marketing mumbo jumbo, but it’s effective enough to sell cars. People want to know what it feels like to drive a proper race car. It’s partially why steering wheel-mounted shift paddles are so popular. However, it’s not likely that most people would actually want to drive a proper racing car in reality, as they have no idea what it’s actually like.

Motorsport.com’s Germany editor, Stefan Ehlen, recently was able to actually sample a genuine GT3 race car to see what it’s all about. Ehlen was able to drive the brand-new BMW M6 GT3 racer, the car that replaced the highly successful BMW Z4 GT3. We’ve seen the M6 GT3 in person and it’s an absolute monster. Packing a modified variant of BMW’s 4.4 liter TwinPower V8, the M6 GT3 develops 585 hp. While that’s not that much, considering that the standard BMW M6 road car makes 560 hp, the M6 GT3 is far lighter, wieghing in at less than 1,300 kg (2,866 lbs). So it’s fast and brutal, but also delicate. 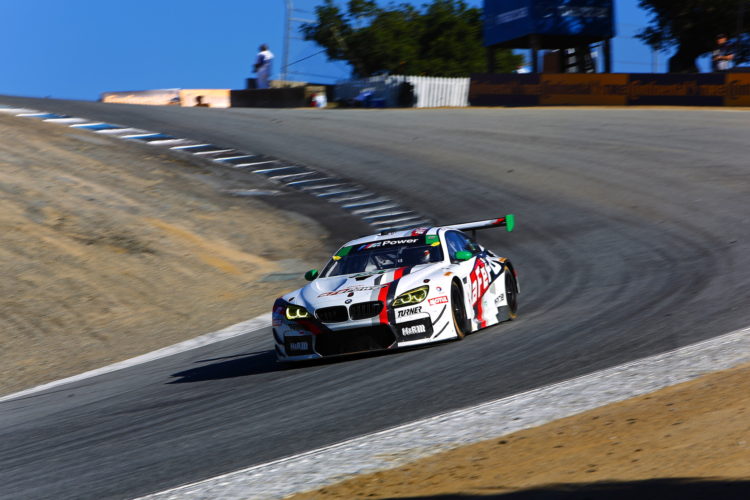 Before Ehlen was able to drive the M6 GT3, he had to go through quite a bit of a tutorial. There was a 10 page dossier, filled with absolutely everything he needed to know about the car. He then had to learn how to enter the car with all of the necessary gear, racing suit, helmet, HANS head restraint and safety net, and then learn how to exit the car. However, he also had to go through extraction training, which is training on how to exit the car in case of an emergency or fire. Basically, with all of the gear on, Ehlen had to learn how to unbelt himself, open the door, clear the roll cage, get out and touch the hood of the car. It’s a lot more difficult than it sounds.

After the debriefing, Ehlen was then given a passenger lap around Bilster Berg in a BMW M235i Touring Car. He took a few passenger laps, trying to get acquainted with the track and learning the turns, and then was given the keys to it. So he was able to take the M235i out on the track and learned that it was an excellent little car. It was fast and fun and easy to drive quickly. But after a few laps in the M235i, Ehlen was called back into the pits to drive what BMW calls “The Beast”.

Whereas the M235i is a pretty easy car to drive, the BMW M6 GT3 is a loud, shouty, beastly thing that seems like it wants to eat you. Ehlen gets in the M5 GT3, nervous about its starting procedure. Main power switch first, then the ignition switch and start. With that, the M6 GT3 fires to life with a crazy roar. We’ve heard the M6 GT3 in person and it sounds like nothing else. Its bark to life is loud, visceral and violent and it settles into an incredible burble and growl. But now comes the tricky part of Ehlen — getting moving. 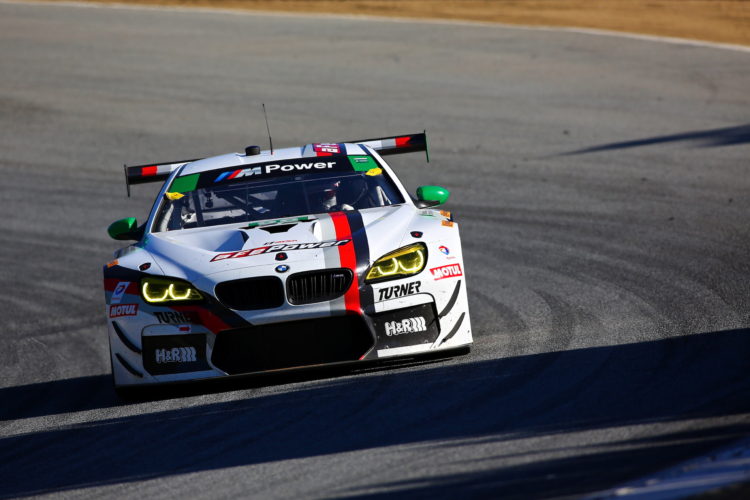 While the BMW M6 GT3 uses a six-speed sequential gearbox, it still requires a clutch to get it moving. This isn’t like the clutch on your dad’s old 3 Series. It takes practice and concentration to get the M6 GT3 going. Ease of the clutch, feel for the engagement point, a stab of the throttle and Ehlen is off. Fortunately, he didn’t stall as he had feared. Once moving, the M6 GT3 is far less intimidating as it is stationary. In fact, it’s actually very rewarding to drive, begging to be pushed harder and harder.

It’s also extremely capable, with BMW engineers telling Ehlen to push it harder into corners and brake later with much more force. Apparently, on his first run Ehlen only was using 35kg of pressure and he should try to get up to around 70 kg. So it’s a seriously capable car. 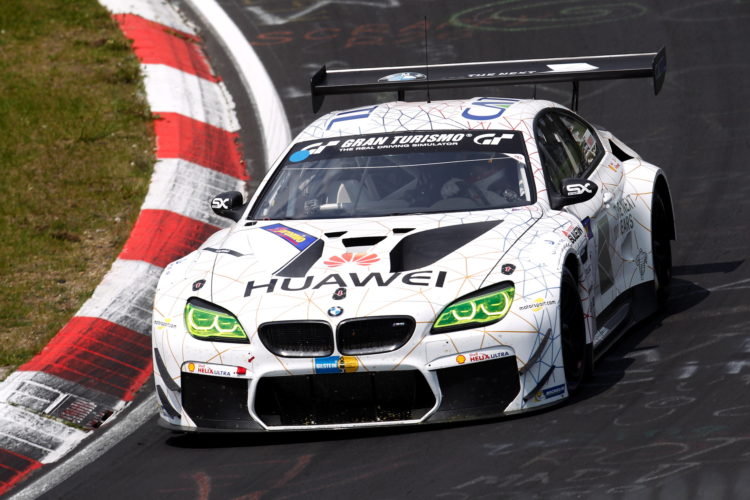 Ehlen was able to hit 220 km/h (136 mph) on the straights and was able to push the M6 GT3 harder and harder through corners as we went through his laps. His final lap was his fastest, as he truly learned to trust the car’s capabilities and to lean on its suspension and brakes. Driving a proper GT3 car is hard work. It takes intense concentration and is extremely physical and mental. But when you get it right, it seems like a helluva lot of fun.