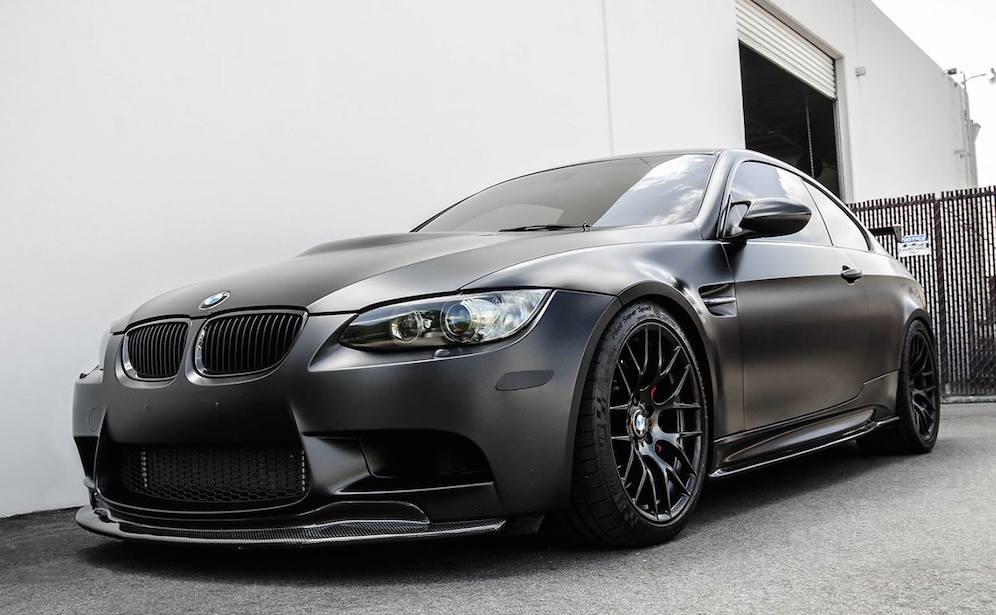 BMW’s decision to bring out the M4 left us not only without the M3 Coupe but also without its last iterations’ 4-liter V8. That naturally aspirated S65 mill may not have had the torque the S55 has but it had a sound like no other. Since the torque and horsepower issues can be solved rather easily with a supercharger, the BMW E92 M3 will long be regarded as one of the best M cars ever made.

What makes the M3 even more desirable is its character brought on by the sound this thing makes. You can also upgrade this car’s looks with some very simple tricks, going from changing the wheels to a new paint scheme, as we can see on this particular model. The owner wanted to go with a black on black theme and he managed to get things right with the help of the guys from European Auto Source. 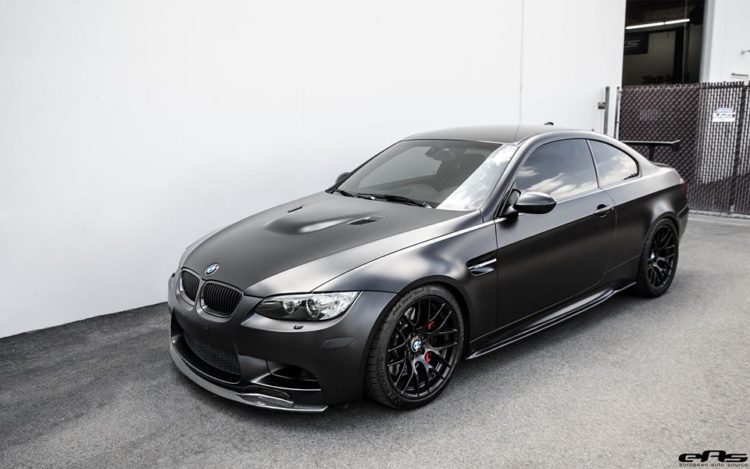 Apart from going for a Frozen Black theme, the wheels were also painted black while some aero bits and pieces were thrown in the mix. At the back, the boot has a wing on it from GTS Motorsports, while carbon fiber add-ons were installed on the front bumper (Vorsteiner splitter) and the sides (Mode Carbon side sills). The quad tailpipes at the back are now sitting neatly under a Vorsteiner Type 2 rear diffuser.

On the performance side of things, apart from the ESS-Tuning VT2-625 supercharger that brings the power output of the 4-liter V8 up to over 600 HP, the E92 M3 also received a set of KW coilovers to make sure it’s also stable at high speeds. With the added power and new suspension, this black beauty will definitely turn some heads, be that for its looks or performance. 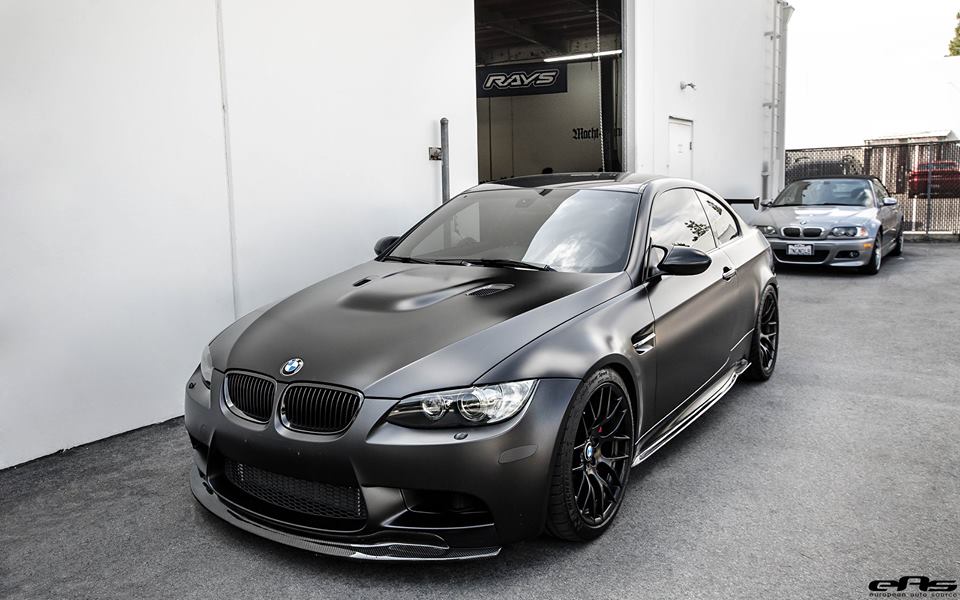 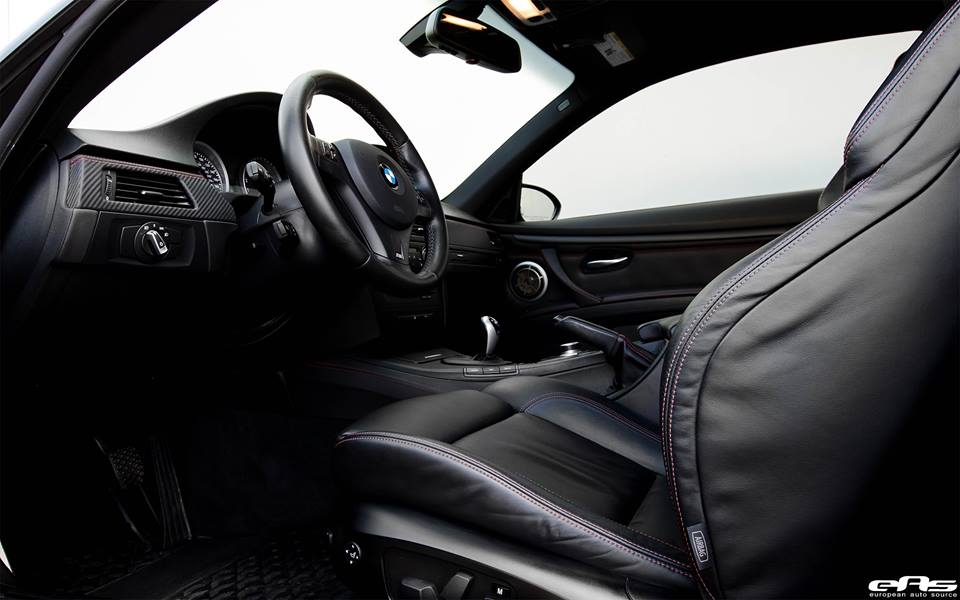 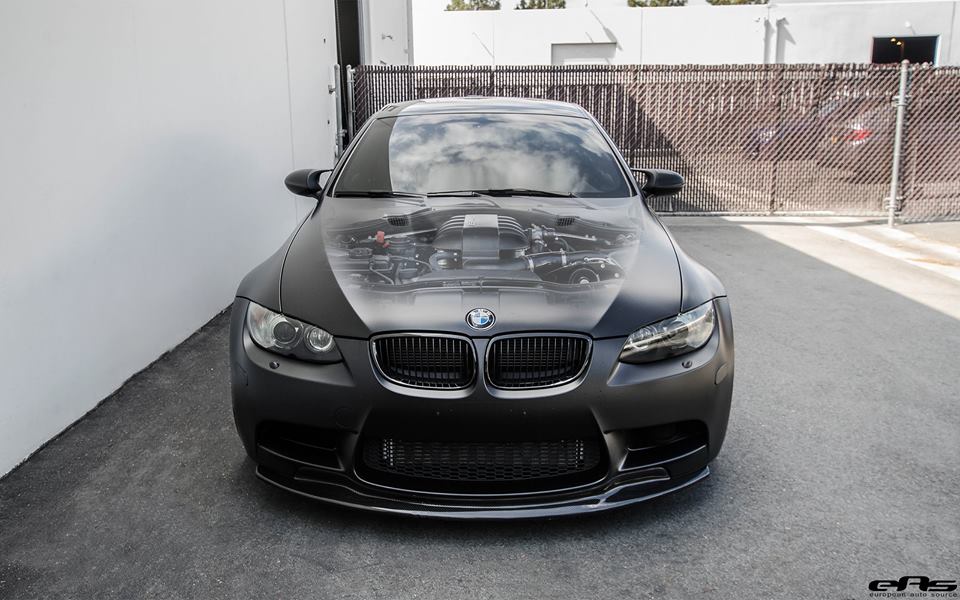 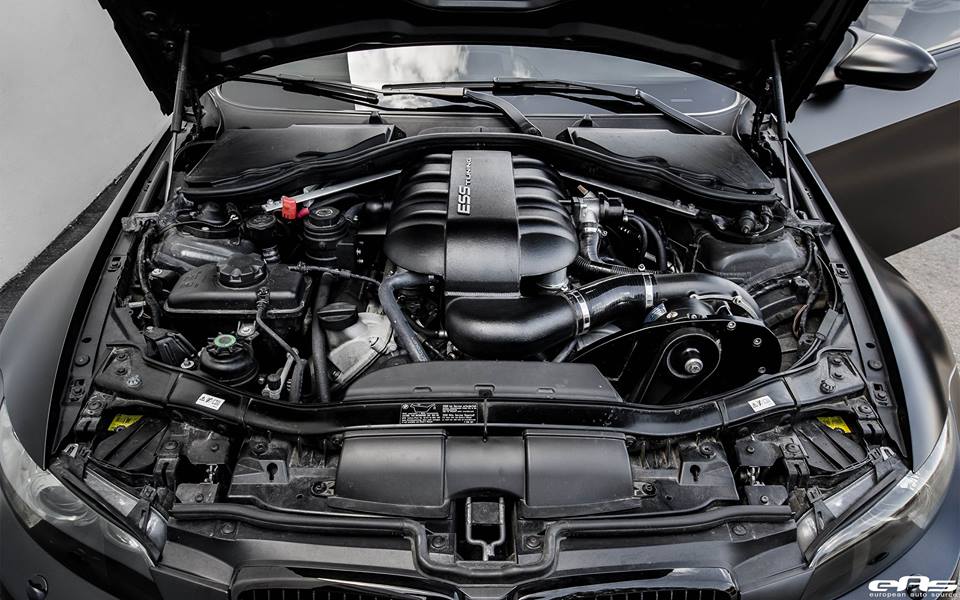 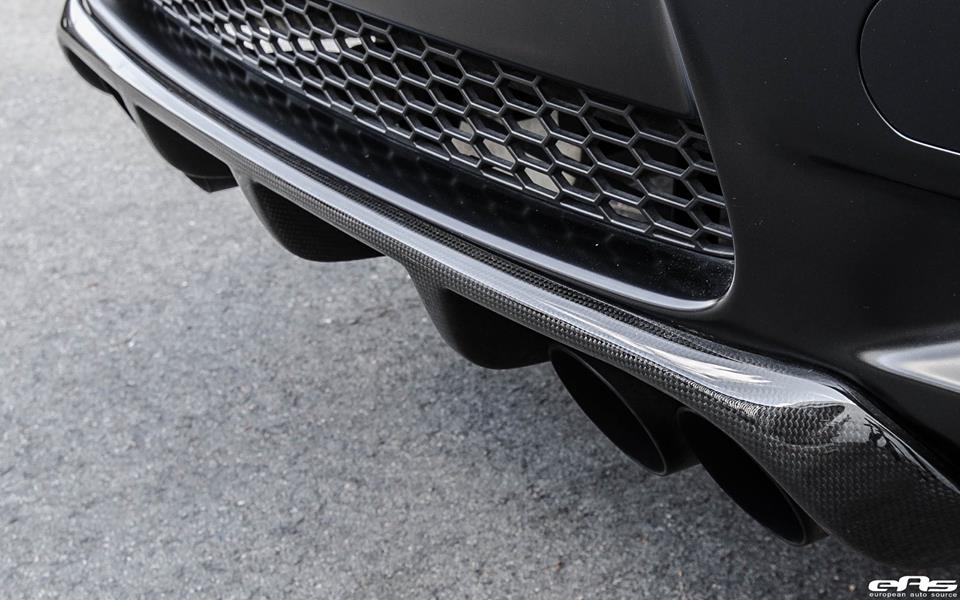 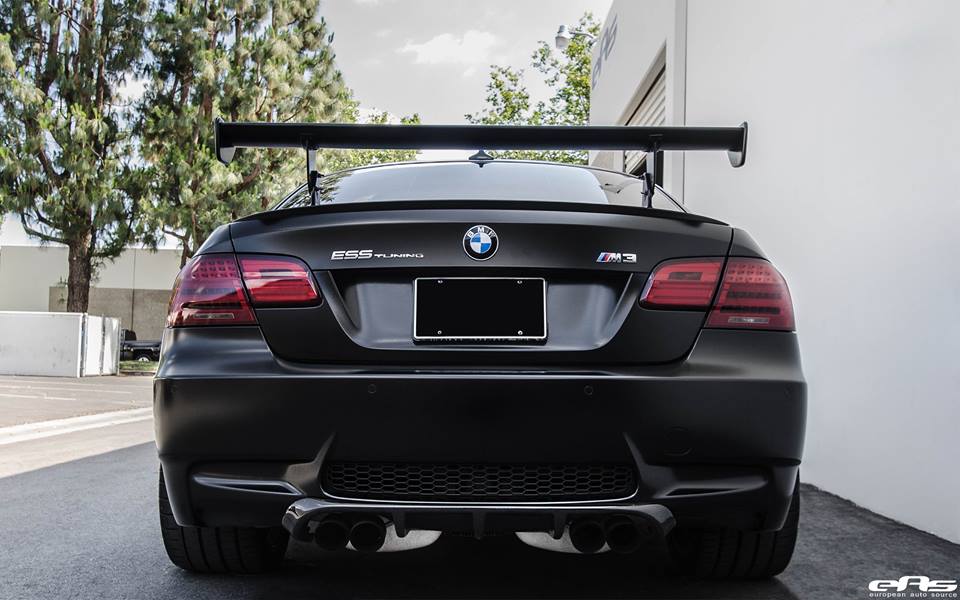 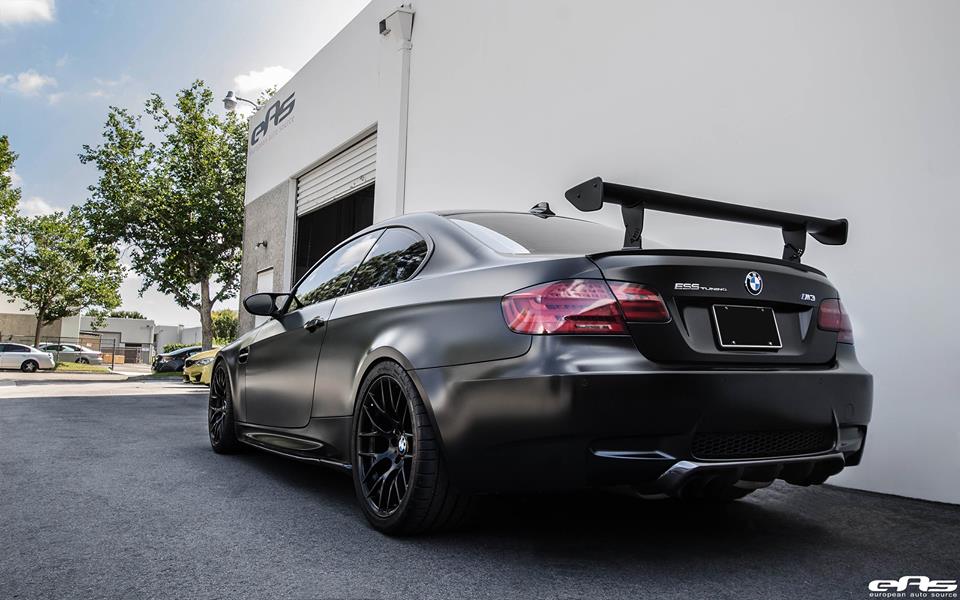 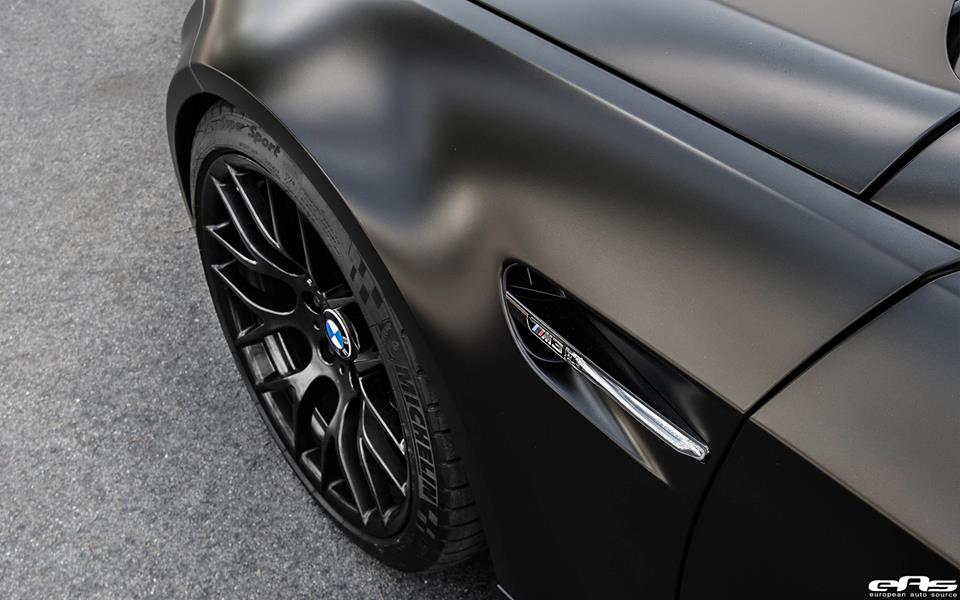 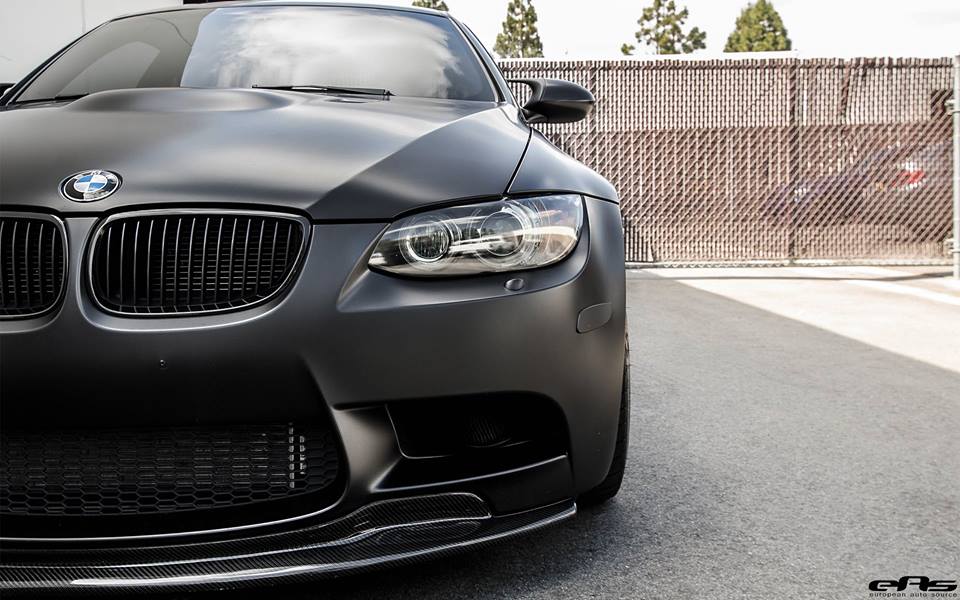 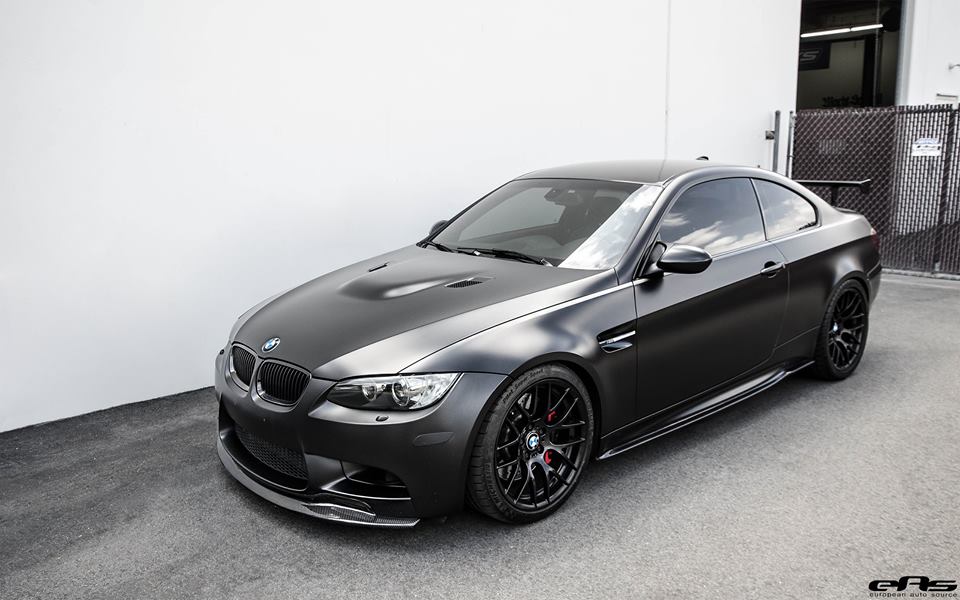 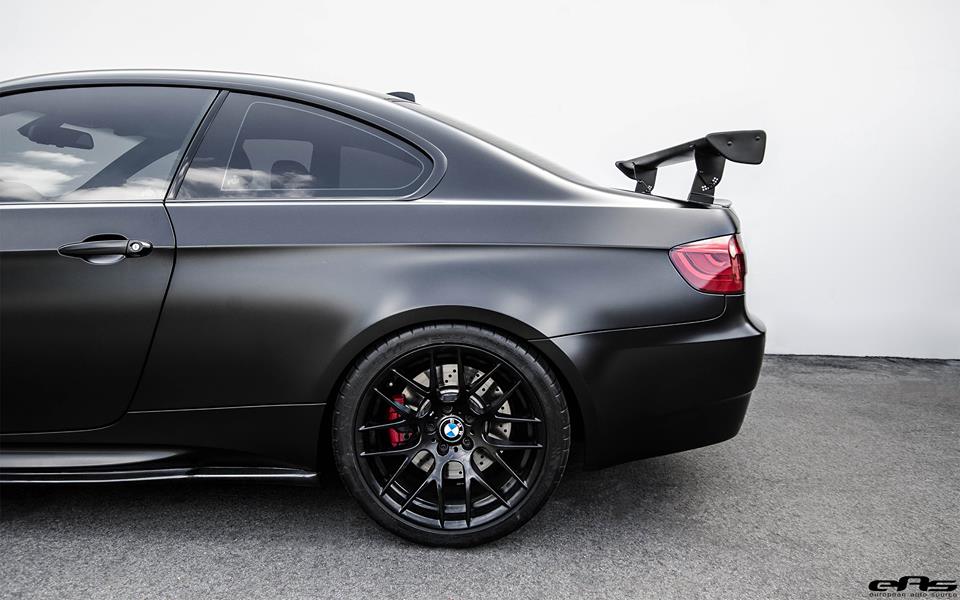 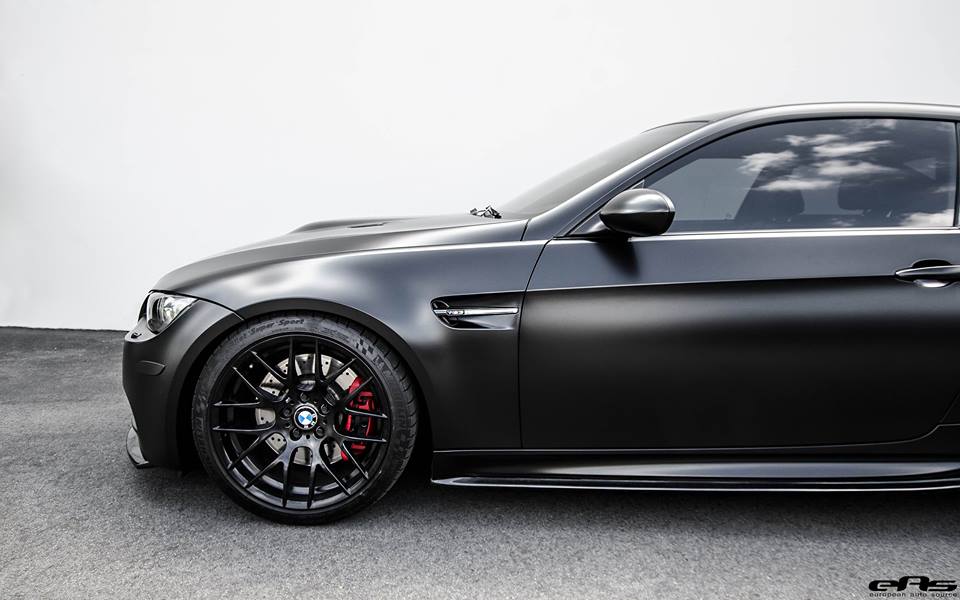