BMW has just released an eight-second teaser video of two cars, the BMW M6 GTLM and a standard BMW M6, racing around a track. The pairing of these two cars is interesting, considering one is a legitimate race car and one is just a really fast road car, but it’s certainly cool to see.

In the video, the two M6s race down straight toward us only to slide around the corner in front of us and fire out of the corner exit. Both cars sound excellent, with the M6 GT3 sounding simply epic, and the tires scream as both cars’ twin-turbo V8s roast their rear tires through the corner. However, there is one interesting twist that actually requires a closer look — there doesn’t seem to be anyone driving the cars. 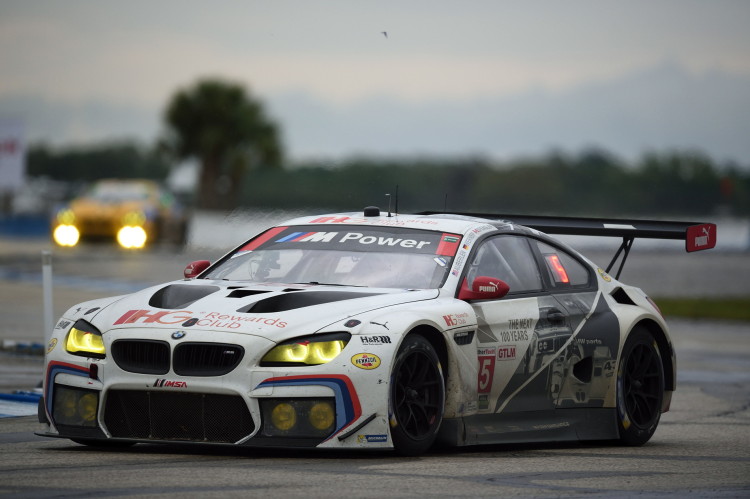 We’ve seen driverless cars on tracks before, from both BMW and even Audi, but never a road car and a race car on one track. We’re not certain what’s going on here or what this video is trying to tease, but it is exciting. Both cars are capable of drifting around this corner, so it’s weird to not see any driver in either as they both slide past the camera.

We don’t know anything about this video further than two cars racing on a track with seemingly no drivers. However, we’re certainly excited to see what BMW is teasing and our sources tell us that the Bavarians will be releasing the full video soon. We are trying to get our hands on the full length video and hopefully we can bring it to you first, so you are the first ones to see it. In the meantime, check out this video and help us try and figure out what BMW is teasing, here.