With the BMW M2 reaching new heights in popularity every day, the tuning world is going berserk trying to bring out a variety of parts for the new baby M model. The first thing everyone apparently focused on was the exhaust as some people claimed it to be underwhelming compared to the kind of performance the M car brings to the table.

That being said, so far, we’ve seen versions from Remus and from exhaust specialists Akrapovic but it looks like Active Autowerke wants to throw its name in the hat as well. The guys just published a teaser of what they are working on and it sounds rather good, to be honest. It’s a a first prototype though so some edges need to be polished yet. 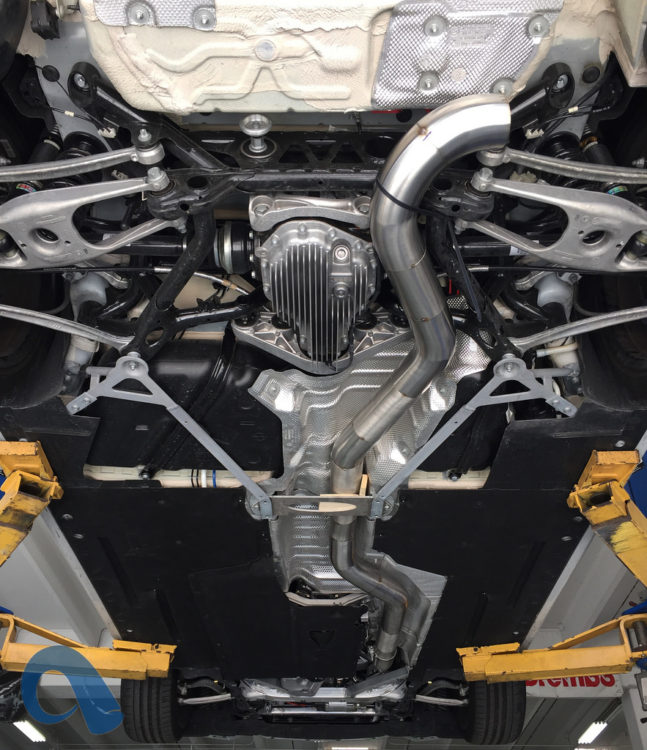 According to them, this is a full exhaust system. The car has a catless downpipe and straight through 3.5″ (90 mm) mid pipe and rear muffler. With the valve closed the exhaust is forced through an additional straight through muffler that quiets the note, which is perfect for cold starts or when cruising through residential areas.

As you can see in the video, the exhaust tips are a bit off but that’s only because they were testing a variety of mufflers on the car before settling on one. Since this is a prototype, you can rest assured that the end product won’t look like this. The guys are also claiming that due to their 3.5-inch design, the car will be able to support up to 600 HP if you decide to tune it. Chip in the fact that the valve control module works with the OEM system and this thing is shaping up to be a winner in our book.