MINI Takes the States 2016 Kicked Off this Weekend in Atlanta 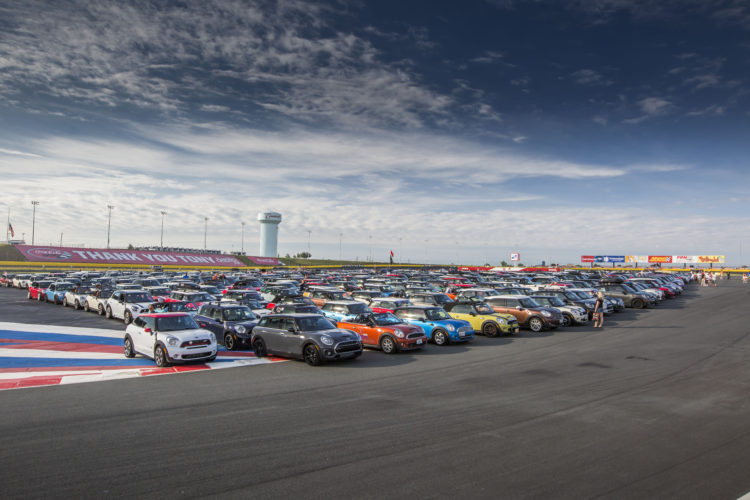 Every two years, MINI motorists across the US are invited by MINI USA to take part in what has become tradition already: the MINI Takes The States rally. The event sees hundreds of owners and their cars drive through some of the most beautiful cities in the country while also doing laps on various famous tracks. This year, the two-week long trip will cover 14 cities and it kicked off in Atlanta, Georgia this weekend with a blast.

It has become customary for MINI to join forces with a charity every year, raising awareness and funds for a cause. This time, the rally will be partnering up with Feeding America to help them ‘defy hunger’. 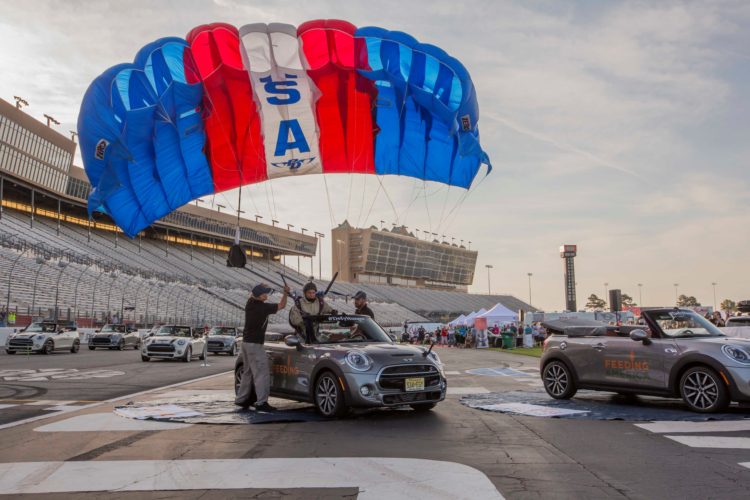 “MINI TAKES THE STATES is the ultimate road trip and we’re as excited for the adventure as we are for our cause. The fight against hunger has many faces, it’s not always a lack of food but rather a lack of the right resources to avoid waste, maximize efficiencies and get the food where it’s needed most. Through our Feeding America partnership, we hope to raise money and awareness as we motor with purpose across America,” said  Tom Noble, Department Head, MINI Brand Communications.

The whole shebang started with parachutists diving down from planes at 3,000-feet into MINI Convertibles filled with food, asking everyone to jump in and help out. From Atlanta, the convoy drove up to Charlotte, NC, from where the adventure will continue towards the final city, Palm Springs, CA where all the participants will stop on July 23rd.

The target of MTTS 2016 is to provide more than 800,000 meals to families in need, and at the start of the motoring adventure at Atlanta Motor Speedway, Rowena Norman, speaking on behalf of Feeding America, told motorers that the campaign had already passed a total of almost 650,000 meals: “One in seven families in this country are facing hunger and every dollar raised helps to feed 11 families and working together we can solve hunger,” she told participants. 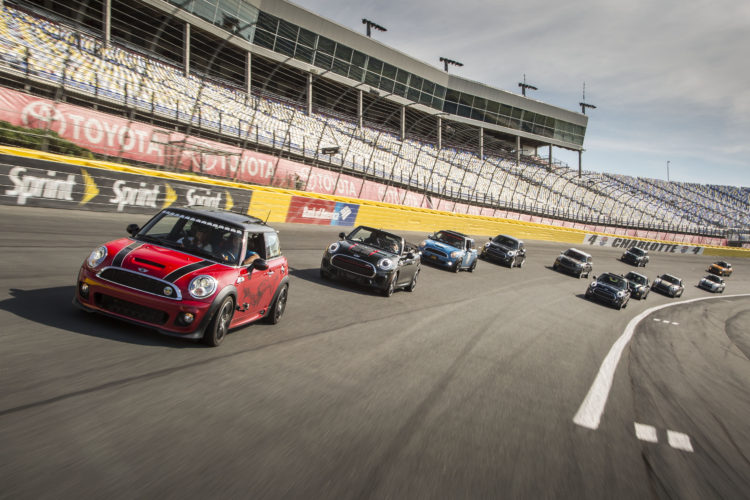 A portion of each MTTS participant’s registration fee is donated to Feeding America, and MINI will collect food donations onsite each morning, if you’re willing to donate. The towns where the MTTS participants will make stops include Richmond, VA, Baltimore, MD, Pittsburgh, PA, Detroit, MI, Minneapolis, MN, Cheyenne, WY among others.