The MINI Convertible Cooper S is a fun car to drive. We had the chance to sample it a couple of times since its introduction earlier this year and we love the way it feels. However, like every other Convertible out there, whereas it is undeniably fun to drive with the top down, it also brings a couple of issues with it, issues that you may not be aware of at first.

There’s the luggage room issue in the trunk, to begin with. Having a retractable roof is fun and all but it does take away some serious space in the boot, leaving little to nothing for travel cases or bags. That’s especially true on a model such as the MINI which isn’t all that generous in this regard on the Hardtop version either. Another downside is that you can’t really use it all day and all year long either. 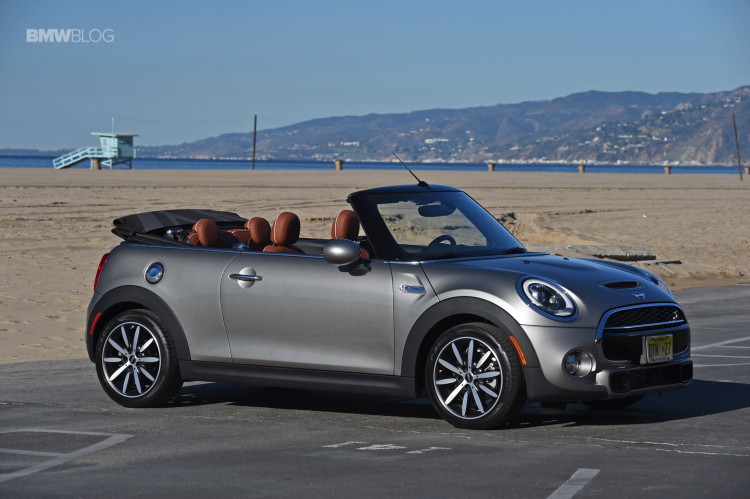 Driving with the wind in your hair does seem like a great prospect but that’s only true when the temperature allows it. Drop the top at 100 degrees and you’ll soon start noticing that you’re too hot for comfort and that some AC and a closed roof might be a better idea. And while all of these are well known facts for most people, some are still wondering how much of a difference driving with the top on and off makes in terms of mpg ratings.

The guys  from The Fast Lane car wanted to find out as well so they set out to do a real-life experiment. Now, you shouldn’t expect the precision of say the Mythbusters but they did give it a try, and we thank them for it. Over a strip of 98 miles, their fuel consumption figures went from 37.9 mpg (6.2 l/100km) with the top up to 32.8 mpg (7.1 l/100 km) with the top down. That a serious difference and while the test could’ve been done better, it’s pretty clear that you’ll be less efficient without the roof on.